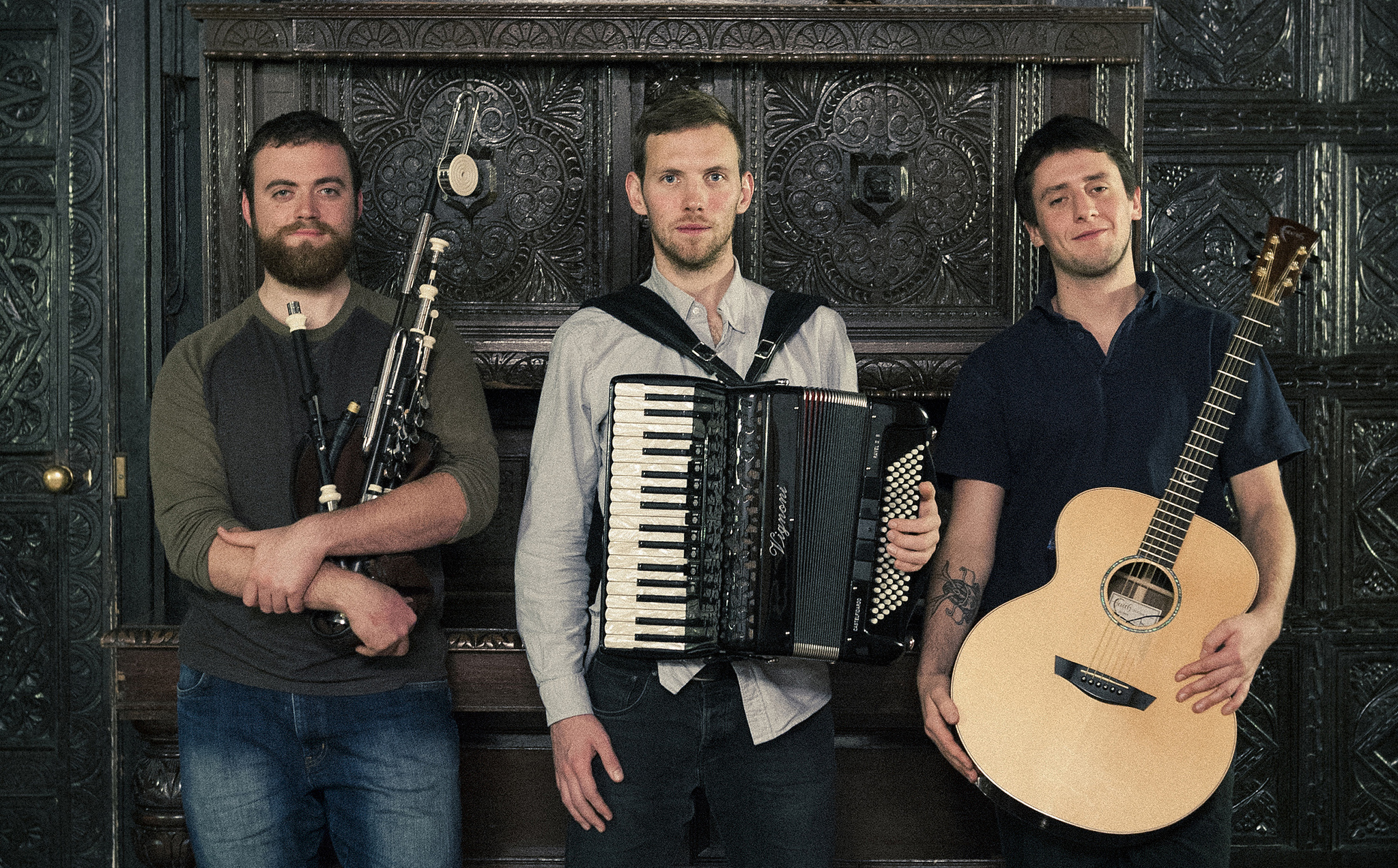 Originally formed in London at the beginning of 2013, their members are fiddler and guitarist James Patrick Gavin, accordionist Tommie Black-Roff and uilleann piper and whistle player Dominic Henderson. The band saw critical acclaim for their 2016 debut album Far From The Tree, and in recent years the members of TEYR’s ranks have taken on their own individual journeys; producing albums of their own and relocating to the Nordic countries. In autumn 2018 they reunited in a Finnish log cabin to begin work on the new album, and over the course of the next two years paid numerous visits to their old writing haunt in West Cornwall to complete the musical weaving. Now the trio are thrilled to return to the fray once more as TEYR and share their new vision, Estren.

Here they are to tell you a bit more about it:

The resulting expansive sound is a new chapter in TEYR’s distinctive blend of high energy and fine craft.

“If you only see one thing today, see TEYR” The Independent

If you would like to make a donation to their tip jar here’s the link: https://www.paypal.com/donate?hosted_button_id=GS8ZBSBVG3RKL