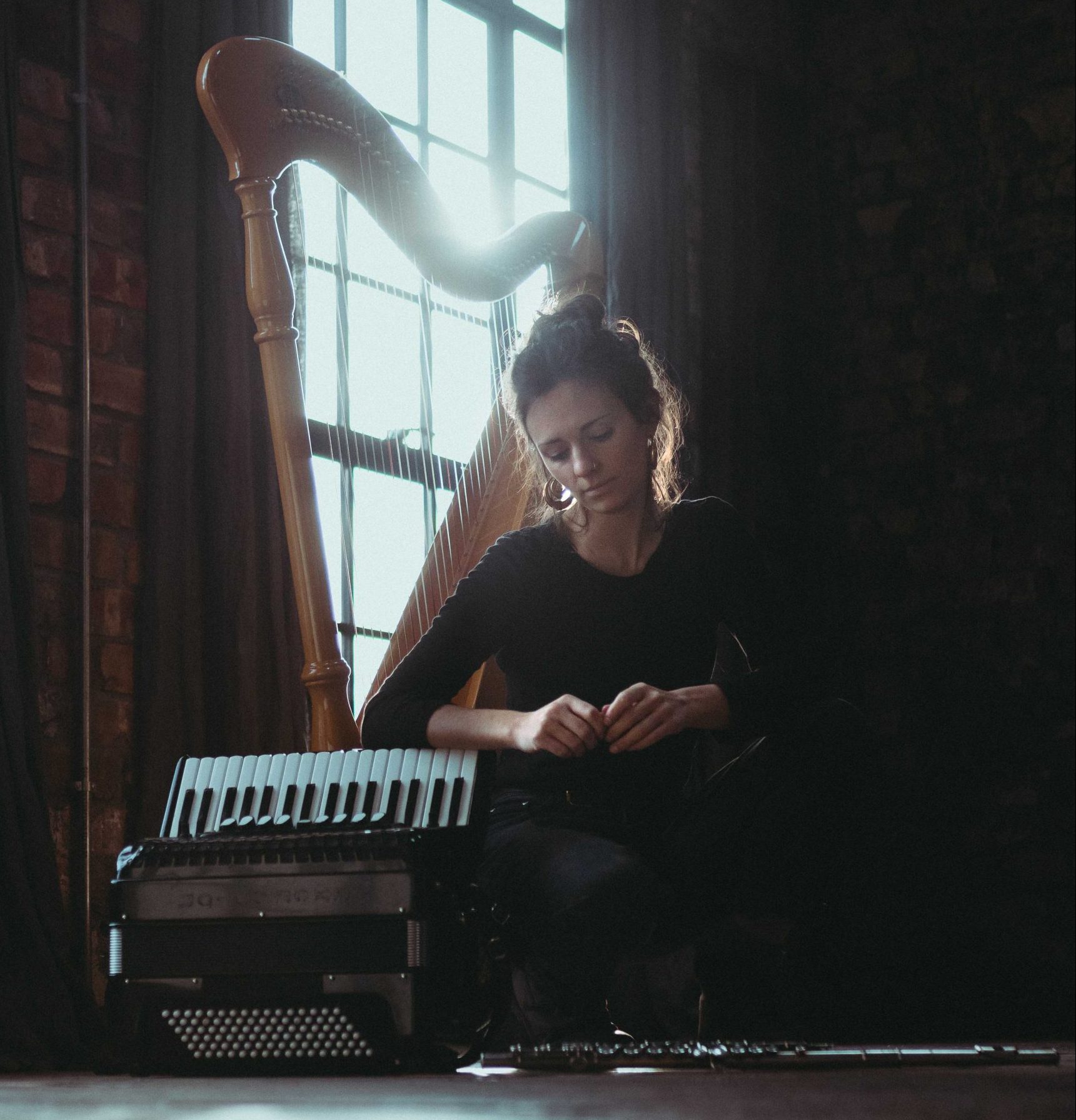 Tamsin Elliott  is a multi-instrumentalist, composer and film-maker based in Bristol, UK. With roots in the folk music of the British Isles, her interests and playing styles extend to those of Eastern Europe, the Mediterranean and the Middle East as well as experimental and classical.

She currently plays in and writes for critically acclaimed fusion project Solana  who have released several albums and toured extensively. She also performs solo, as well as in various traditional folk and ceilidh ensembles. Recent collaborations include with oud player Tarek Elazhary and percussionist Salma Amr in Cairo, Egypt.

FREY is Tamsin’s first solo album   Recorded by Alex Garden (The Drystones) at Dylan Fowler’s Stiwdio Felin Fach, the album comprises compositions for accordion, harp, whistle and voice in a mesmerising modal and rhythmic echoes of time spent in Egypt, and moments of ambient experimentalism using effects, drones and field recordings. During a period of rest and uncertainty, she began to create music and sounds that reflected her need for sanctuary, and provided an outlet to process grief. Throughout the album’s 14 tracks, Tamsin explores themes of limbo, pain, healing and acceptance, reflecting on the microcosm of her personal experience of severe illness alongside wider themes of societal disconnection and environmental destruction.

Made with the support of Sound and Music’s ‘New Voices’ artist development programme, the PRS Foundation’s ‘Women Make Music’ funding and featuring the intersecting viola lines of Tamsin’s brother Rowan on one of the tracks,   Frey is due for release on the 30th June.