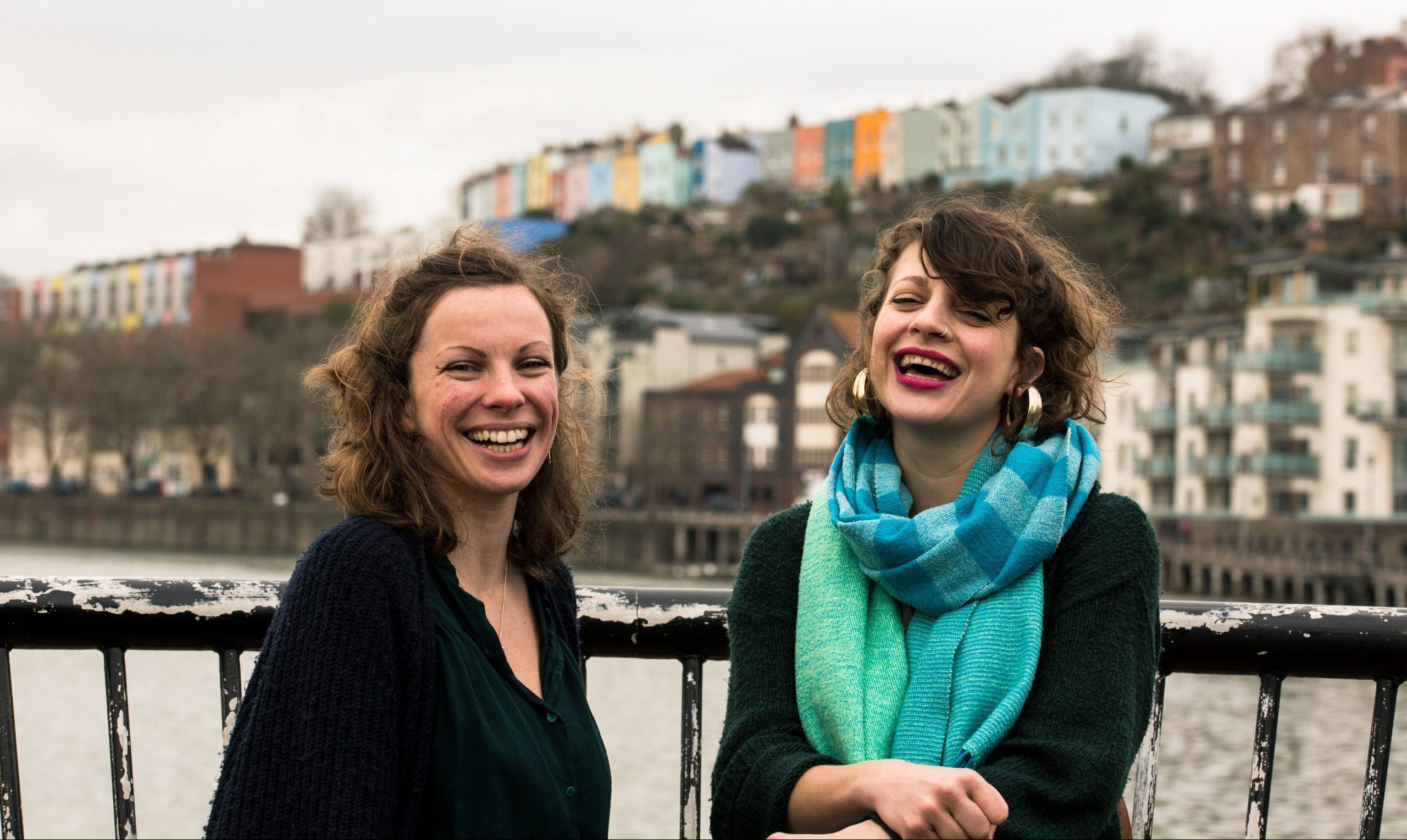 If the interweaved vocals, pure harmonies, and plaintive piano of new single ‘Gather‘ from Devon-based folk-duo Suthering ring some familiar bells, it is because those voices belong to acclaimed composers, choir leaders, and songwriters Julu Irvine and Heg Brignall.

The duo, who have been captivating the scene with their fresh and feminist take on folk for several years, are stepping away from using their own names, and will now be releasing music as Suthering.

They discovered the term through the writing of Robert Macfarlane, whose book, Landmarks, references John Clare’s poem The Autumn Wind:

“The Autumn’s wind on suthering wings

Plays round the oak tree strong

And through the hawthorn hedges sings

It is a word meaning the noise of the wind through the leaves, or under a bird’s wings, and it seemed to them to communicate balance and flow, and a connection to nature, which, when combined with feminine strength, are the ethics and ethos that they build upon as people and musicians.

The name may have changed but the music remains as beguiling as ever. Recorded with Lukas Drinkwater at Polyphonic Recording, Gather is a stunning precursor to a full-length album to come later in the year, an album which showcases Suthering’s unique storytelling and recasting of traditional songs.

Having garnered a reputation as “joyful, life-affirming and even a bit kick-ass feminist” (The Blackbird Collective) with performances at Sidmouth Folk Week, Cambridge Folk Festival, and Glastonbury Festival, the duo have spent much of 2020 honing and refining their music and sense of self, working with an Arts Council England and English Folk Expo supported mentoring scheme to prepare for all that 2021 and beyond has to offer these rising stars.

Gather, with its references to the changing seasons, “sowing seeds for tomorrow” and a call to “fight for the dawn” after “all that we’ve lost” is the perfect track for Suthering to emerge with as glimmers of light start to show after what has been a hard year for us all.

With appearances at several festivals confirmed for the summer of 2021, and with new confidence and momentum, Suthering are poised to take their “beautiful harmonies and fresh approach to traditional music” (FATEA) to a wider audience, Gather is an accomplished first step on this new path.

The track is available from today at https://suthering.bandcamp.com/releases and all digital outlets.