Sunshine Of Your Love; A Concert For Jack Bruce – Various 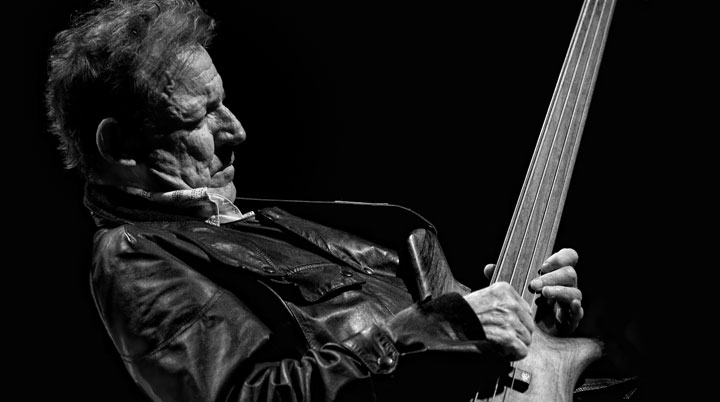 A child prodigy, he was born to be a musician with all the highs and lows that invariably lie in wait for those who follow their muse. Jack Bruce’s career burned brightest as a young man, his early years as a professional musician reflecting the zeitgeist of the 1960’s. He may have considered himself a jazz musician but his greatest achievements – commercially at least – were when he played the blues. His talents originally flourished via an array of movers and shakers that read as a virtual who’s who of British Rock royalty – Alexis Korner, John McLaughlin, John Mayall, Graham Bond and Manfred Mann – before he became a ‘name’ in his own right via his collaborations with Eric Clapton and Ginger Baker in the now legendary psychedelic power trio Cream.

Sadly his long-term battles with heroin dependency and then cancer saw the virtuoso’s health eventually succumbing to the inevitable and Jack passed away at the age of 71. He admitted that he regretted the wasted years and the money he squandered through addiction, but as this star studded homage shows his diverse musical contribution will resonate down the years

Jack Bruce was one of the finest singers I ever saw, so his gritty phrasing and sheer power were always going to be difficult for the assembled ensemble to replicate; however the quality of his writing carried the day and there were some outstanding performances. Jack would have been proud of his daughter Aruba Red whose performance of the beautiful ‘Folksong’ captured the intimacy of the original and confirmed her own talent. Surprise of the evening was Level 42’s Mark King, who in tandem with Uli Jon Roth’s fluid guitar playing, put in an unexpectedly gritty performance that was especially impressive on the Cream classic ‘I Feel Free’. Mention too must be made of veteran guitarists Clem Clempson and Bernie Marsden whose tasteful blues based playing was more in keeping with JB’s roots.

This box set celebration of one DVD and 2 CD’s was recorded at London’s Roundhouse just one day short of the first anniversary of Jack’s demise in 2015. The line-up of two dozen or so world class musicians included Ian Anderson, Mark King, Joss Stone and Phil Manzanera  all led by Musical Director Nitin Sawhney. The night’s proceedings were ultimately enjoyable but garnered a strangely muted response from the punters. They  were respectful of some of the talented younger performers like Julie Iwheta and Liam Bailey who punctuated the show, but they struggled to really connect with the audience of ageing rockers, who were no doubt expecting to see former collaborators like Robin Trower or Leslie West tear it up on the night.

One performer who did live up to his reputation was Jack’s old adversary from the Cream era – Ginger Baker. Showing some deft chops the old curmudgeon walked off midway through ‘Sunshine Of Your Love’ as he felt the other drummer was playing too loud! Sadly Ginger’s antics have been edited out of this so you’ll have to look on YouTube – Disrespectful? Probably, but why change the habits of a lifetime. Jack would have expected nothing less.

Last word goes to Mr. Bruce who once opined about something else entirely: “If you try it, you’ll like it.” Just like his music. Buy and dive in.