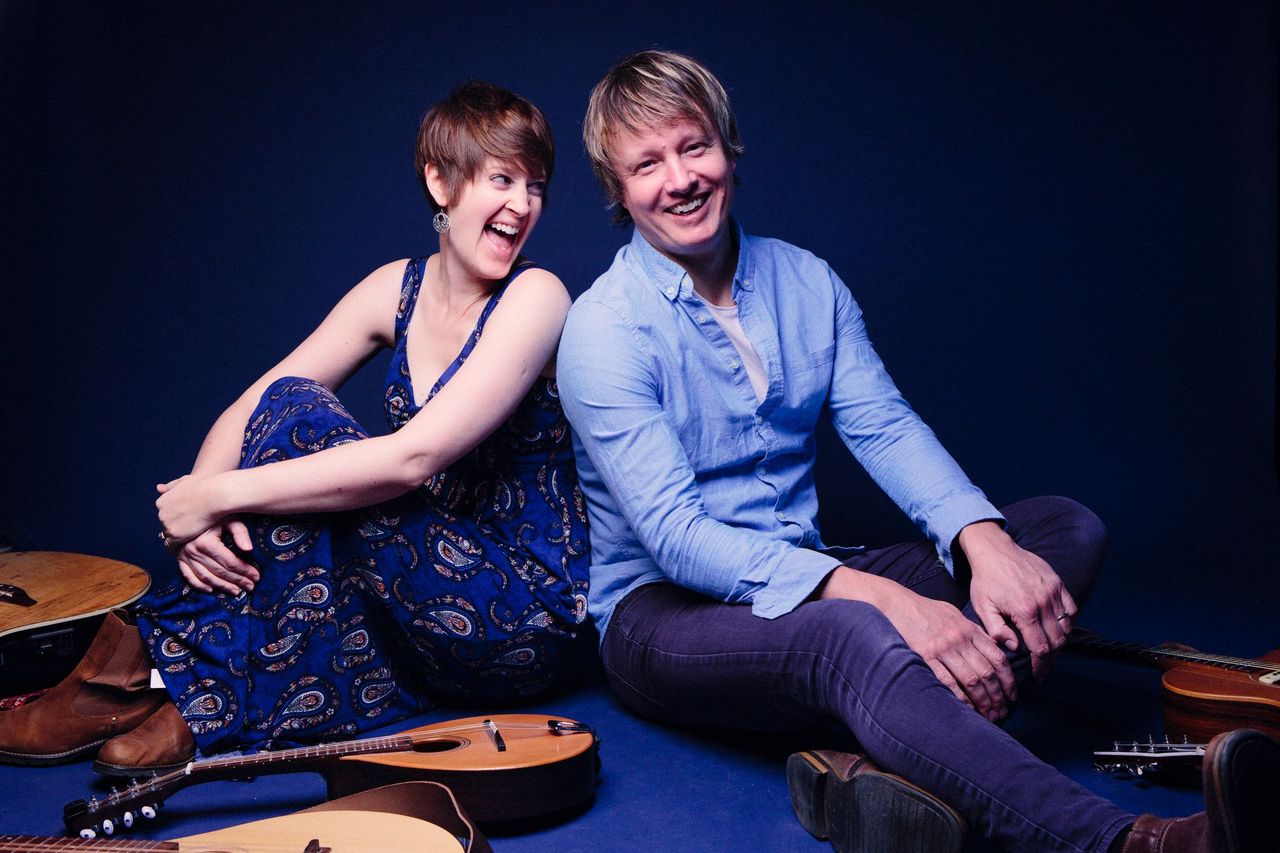 Roke: An old East Anglian word describing the smoke-like mist that rises in the evening off marshes and water meadows.

East Anglian-based duo Lucy and Jon Hart have always had a strong sense of place.

Performing as Honey and The Bear, the multi-instrumental songwriters live in coastal Suffolk and draw huge inspiration from the county in all its moods and guises, unearthing its past and looking into its future – Suffolk runs through their innovative songs like lettering in a stick of seaside rock.

The husband and wife duo have been writing and performing together at gigs and festivals in the UK and Europe since 2014 having met at a songwriting event two years earlier.  Summer 2019 saw them deliver an acclaimed debut album, Made in the Aker, (Aker is local dialect for a turbulent current) setting out songs inspired by both local history and their modern-day surroundings.

After five years touring the folk circuit, the pair, like all other musicians, found themselves grounded by COVID in 2020. But out of adversity comes this new album.

Says Jon: “We decided to start writing new material during the first lockdown – with the advent of live streaming we found we could connect with our audience in a new, unexpected and very positive way.”

Lucy added: “We started writing new songs as a way of challenging ourselves on a weekly basis, putting out live streamed gigs every Sunday evening – that is how Journey Through the Roke came into being, with the help of generous crowdfunder supporters.”

As many have said, lockdown also brought the couple a newfound appreciation of nature and the great outdoors.

“Daily walks from our doorstep became a lifeline for inspiration, says Jon. “We also had the time to explore the enduring stories of local Suffolk characters and, on a bigger level, to properly reflect on human impact on the planet and soon realised there was a common elemental theme to the songs that were being triggered – survival.”

“Sometimes last year felt like driving through endless fog so Journey Through the Roke seemed an apt title – a journey through uncharted territory, digging deep and stories of survival to the surface.”

What has emerged is an engaging smorgasbord of songs, mixing tempos and textures, light and shade- a fine genre-hopping mix rooted in folk but branching into Americana, country, rock and mainstream-nudging numbers – all co-existing seamlessly.

With beautiful artwork designed by Lucy the 12-track album is a strong showcase of original songwriting, with just one traditional number in the mix. Nothing if not versatile the duo fuse fine vocals and play a plethora of stringed instruments between them. Unusually they both play double bass (and guitar) while Lucy also plays banjo, mandolin and ukulele and Jon is the man behind effortless electric guitar and bouzouki. 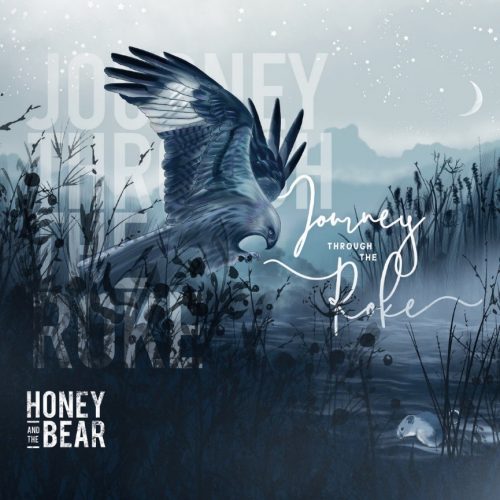 Guesting on the album are no less than four abundantly-talented ‘Lost Boys’ (all members of Sam Kelly and The Lost Boys) – multi instrumental genius Toby Shaer on whistle, flute, harmonium, double bass, cittern and fiddle, in-demand Evan Carson on bodhran, drums and percussion, Archie Churchill-Moss on melodeon and Graham Coe, delivering a beautifully judged cello throughout.

Produced by Lucy and Jon, the album opens with the crash of the sea and the driving rhythms of 3 Miles Out – a narrative song about the North Sea Flood of 1953 which devastated the eastern coast – Suffolk resident Frank Upcraft lost his boat Ivy while trying to help his elderly neighbours. Ivy was dredged up 28 years later three miles off the coast of Southwold.

“Roke is Suffolk dialect for mists that rise from its marshes. This album is one of the clearest recordings I’ve heard in a decade, holdings its head above the roke and into the sunlight on every track” – Irish Music Magazine

This carefully-crafted second album leaves no doubt that the Honey and The Bear sound is a classy one, adroit and atmospheric. When the ‘roke’ lifts it’s clear to see this is a partnership brimming with talent and full of eastern promise.

Journey Through the Roke will be released on April 23, available in CD and DL format from their own website and via iTunes, Amazon and other online stores.

For the latest information re live shows, go to honeyandthebear.co.uk