Success in the US 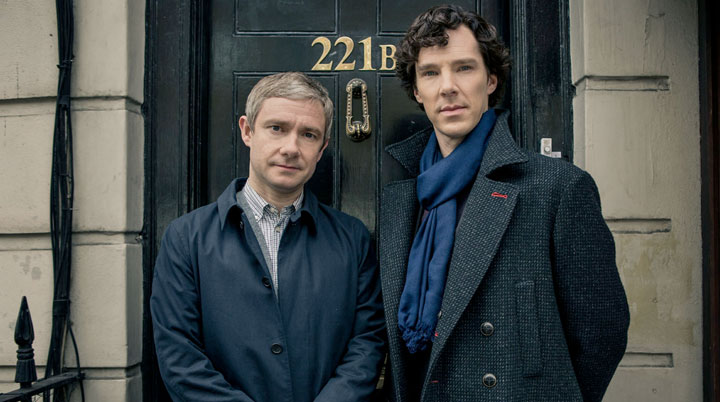 2014 was a fantastic year for certain Englishmen within the mainstream film and television industry – many achieving widespread success and Hollywood adoration. The 86th Academy Awards ceremony in March saw the confirmation of Steve McQueen as a world class Auteur for directing best picture winner 12 Years a Slave. A film that held a roster of incredible performances from British actors such as Chiwetel Ejiofor, Michael Fassbender and of course, Benedict Cumberbatch.

It’s no secret that Cumberbatch is and has been enjoying a rather illustrious acting career, complete with an army of doughy-eyed fans, which now stretches to both sides of the Atlantic. The besotted harem of women (and men?) affectionately known as “Cumberbitches” first fell in love with the actor in 2010 at the start of the cerebral yet fantastically witty BBC drama Sherlock. The series eventually gained a great deal of popularity in the states but it wasn’t until the actor’s role in JJ Abrams’ Star Trek sequel that the cult of Cumberbatch truly began to take hold in America. 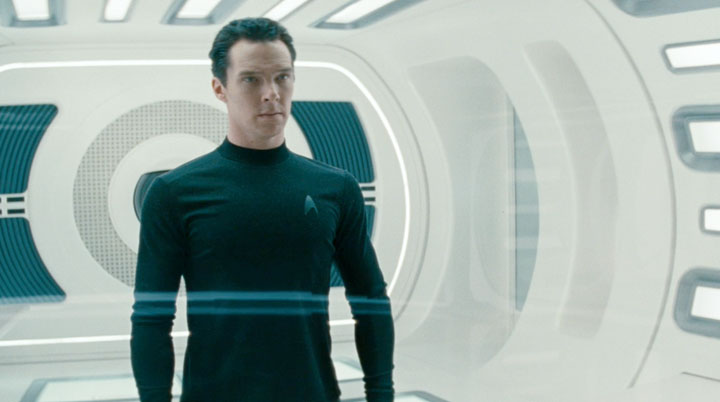 It felt like it was only a matter of time before the eloquent and equally talented performer was cast in a Hollywood blockbuster as a villain. The propensity for the baddie to be played by a seemingly sophisticated Englishman has become a trope firmly embedded within the industry. One need only look at the impressive talents of Tom Hiddleston as Loki in the on-going Marvel Avengers series to realise that this is still the case. Hollywood has convinced us all (particularly native audiences) that such diabolical villainy can only be believed and truly feared when delivered in a posh English accent. This unwritten rule may appear tiresome and predictable to many of us Brits – but there are plenty of British actors that have benefited immensely from acceptance by US audiences. So much so that countless actors have made the leap across the pond and have indeed embedded themselves within American film and television. And what’s more they are playing characters that aren’t confined to the Machiavellian stereotype.

Most of us are now well acquainted with the hugely successful Hackney born Idris Elba, but before he was appearing in Guillermo Del Toro and Ridley Scott films, he left London to play ‘Stringer Bell’ in HBO’s acclaimed drama The Wire. Damian Lewis is another British actor who can play a very convincing American, judging by his stint in Homeland. The ginger-haired thespian is currently on our screens as a formidable Henry VIII in the TV adaptation of Hilary Mantel’s Wolf Hall; perhaps he needed a break from the “land of opportunity”.

But why is there precisely so much opportunity for British actors lying on the other side of the Atlantic? And why do these perfectly talented individuals feel the need to more or less leave the country altogether? The strong financial incentive would be an all too easy answer. The migration suggests that there are simply no decent roles on offer in this country; it’s not out of the question to assume that the British film industry is experiencing some problems.

Benedict Cumberbatch very recently raised a similarly important issue, albeit with a disastrous turn of phrase. He spoke of the lack of opportunities for non-white actors in the UK – a crucial observation that was marred by his use of the painfully out-dated word ‘coloured’ when talking about the actors. The Sherlock star has of course apologised profusely and it looks like no one is going to hold it against the “sexiest man alive” (according to readers of The Sun). Cumberbatch’s comments more than likely come in the wake of the recent Oscar nominations. It’s no secret that the awards’ judging committee consists of a bunch of wrinkly white men who are all predominantly over 60. Another contentious Oscar related subject is the lack of many nominations given to Civil Rights Act drama Selma. The film stars the fantastic David Oyelowo who, would you believe it, is an Englishman. Cumberbatch’s observation certainly rings true in the case of Oyelowo’s career, but we are also forgetting (much like the Oscars judges) the many talented female non-white actors currently working in the states. British born Thandie Newton has certainly gone from strength to strength in Hollywood and it’s only a matter of time before Naomi Harris (of Skyfall fame) follows suit. Oyelowo’s excellent female counterpart in Selma Carmen Ejogo is also a native of the British Isles. At this rate, our acting talent is swiftly becoming our greatest export. 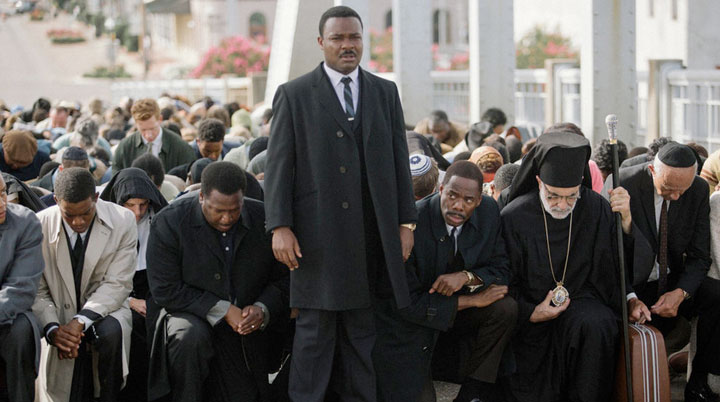 The buck doesn’t stop with actors either, some of our television shows have been adopted by US audiences to such an extent that the level of cultural exchange is bordering on creepy. How anyone can become obsessed with Downton Abbey is a mystery to me, but my opinion has no bearing on the 10.2 million people in America that tuned in to watch the fourth season premiere at the start of last year. One thing that our country’s television output prides itself in is costume dramas: the level of detail seen in many British shows when it comes to costume, set design, location and overall authenticity is often unmatched. It’s not out of the question to believe that Americans buy into shows like Downton because of the intricate representation of our rich history that’s perfectly constructed by the art department… Or maybe they are desperate to know which one of the toffs is bonking one of the maids downstairs every episode.

The aforementioned Wolf Hall however is a perfect example of a period drama bursting with detail and historical accuracy that’s impressive enough to beguile audiences the world over. This BBC drama’s adherence to the historical context is so loyal that all scenes are either natural or candlelit; this did unfortunately mean that there were times I found myself squinting at the TV, but the dramatic potential is certainly utilised through such primitive lighting. Mark Rylance brilliantly plays the calculating Thomas Cromwell, vanishing at one moment in the darkness of Hampton Court only to reappear next to another candle like an ever-watchful assassin. This series goes at great lengths to right the wrongs of previous drama The Tudors by replacing all the shagging and wine guzzling with genuinely compelling drama – those with an interest in history must give it a watch.

Another period drama that has done exceptionally well in America, with Oscar nominations as proof, is British World War II drama The Imitation Game. Our very own Benedict takes on the life of the visionary code-breaker and mathematician Alan Turing, a thoroughly important English historical figure who was persecuted for homosexuality. With such rich subject matter and a fantastic role for the man of the moment, success in the awards season seems inevitable.

Fantastic turns from UK favourites such as Charles Dance and Mark Strong only serve to prop up an expert performance from Cumberbatch. However, it feels like something is ever so slightly lacking from this feature, especially if it is expected to fight off the other brilliant Oscar contenders such as Birdman and Foxcatcher. Keira Knightly is reliable as the frightfully posh female lead and the drama chugs along fairly reasonably – but the narrative progression does feel overtly well mannered and by the numbers.

Despite this, The Imitation Game will have no doubt gone down well with our American cousins, who seem very taken with not only Benedict Cumberbatch but our history of tweed jackets, copious cups of tea and phrases like “gosh” “golly” and “tally ho chaps!” I am of course being unfair by making this film sound like an Enid Blyton novel, but there is an undeniable charm and intrigue that comes with our historical dramas. Such attributes can also clearly be seen in the very talented group of actors who continue to win over the hearts of American audiences. So a migration of talent can prove to be positive for film and television as a whole, with the likes of Cumberbatch and Oyelowo raising the bar for those in the industry both sides of the pond. Lets just hope that they don’t forget where they came from!