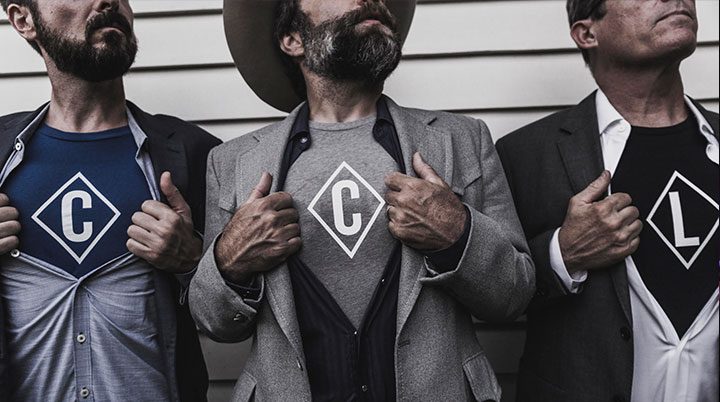 North Carolina’s Chatham County Line have built their career as a four piece line up that gathers around a single microphone in an old time style to deliver bluegrass with a contemporary feel. A new album from them is always an event of note and ‘Strange Fascination’ will get more attention after the departure of banjo player and founder member, Chandler Holt. In truth, their track record on previous releases has shown much more than band members gathered around that single microphone. ‘Strange Fascination’ is no exception to this.

If you’ve followed their most recent work, you’ll be aware that Chatham County Line have also been back collaborating with Norwegian legend Jonas Fjeld and, on this occasion, involving American folk icon Judy Collins too. Further proving that Chatham County Line inspire others as much as they are inspired by others, Sharon Van Etten pops up on ‘Strange Fascination to add a sweet harmony vocal to the gentle title track.

Their last album, ‘Sharing The Covers’, gathered together interpretations of a wide range of inspirational songwriters as different as Beck and The Louvin Brothers. It highlighted the breadth of their influences but, with ‘Strange Fascination’, they return with new songs from the pen of their lead songwriter, Dave Wilson. You might expect that the departure of a banjo player and the arrival of percussion for their live show would create a sea change in the approach to songwriting. However, as their wide taste in covers and collaborations demonstrated, there’s enough in the Chatham County Line larder for them to cook up a set of tasty tracks.

Whether you’re listening to a classic folk tale drawn from history on ‘Queen Anne’s Gold’ or a homage to a favourite instrument and its past owner on ‘Guitar (For Guy Clark)’, you’ll find a record with a spread of lyrical inspiration. ‘Leave This World’ reflects on mortality while it rocks along with mandolin, harmonica and drums. Train themes from earlier albums get revisited with ‘Station To Station’ while the closing track ‘Nothing’ finds Wilson gently musing over the fact that “most my days I’m overworked and worn out from nothing”.

With further tongue in cheek, Dave Wilson says “Well, I guess we’re not a bluegrass band anymore because once you lose the banjo, you fall right out of that one”. Anyone listening to ‘Strange Fascination’ will find the evidence that, far from doing nothing, Wilson has come up with a bunch of songs that have been well arranged in different styles and will be widely admired by music lovers.