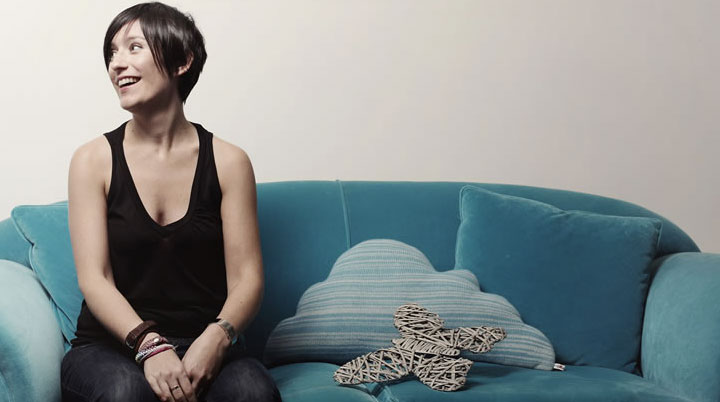 ‘Stories Untold’ is an incredible collection of Edgar’s original songs, intimate offerings accompanied by Edgar’s dynamite piano playing. The album, tackling topics including child soldiers, the impact of crime and punishment and loss and love in its many forms, takes its inspiration from two statements: ‘love is the key’ and ‘write what you love’. The result is a beautiful album telling stories and presenting situations to help us to understand love.

Edgar’s album, with one foot rooted in tradition and one firmly in the present, demonstrates the very best of contemporary song writing. From ‘Twa Magicians’, a re-telling of the old song about an enchanted love battle but with a reassuring twist, to ‘The Whole Rainbow’, a lullaby which Edgar turns on its head, entreating a child not to hush, not to be limited, Edgar provides a thought-provoking platform in order to explore what love is, in both its uplifting and heartbreaking forms. My personal favourite track, ‘Things Crack, Things Shatter’, about a son feeling responsible for his father’s imprisonment, brought a rather large lump to my throat; ‘Peerie Boy’, co-written with Burns Unit bandmate Karine Polwart, explores a mother’s response to the death of her son on the sea while in search of a better life (made all the more resonant when viewed alongside the current world situation where refugees are drowning in search of a future). ‘Arms’, the story of a child soldier who struggles to forgive himself for what he has done, will stay with me for a long time.

There is so much I could write about all the songs on “Stories Untold”, but I’ll summarise by saying that this album will charm you, upset you, give you hope and make you think. Edgar, who could be described as a wondrous mixture of Karine Polwart and Tori Amos (albeit with her own unique talent), is probably one of the best songwriters in Britain today. I’m not giving her album back!