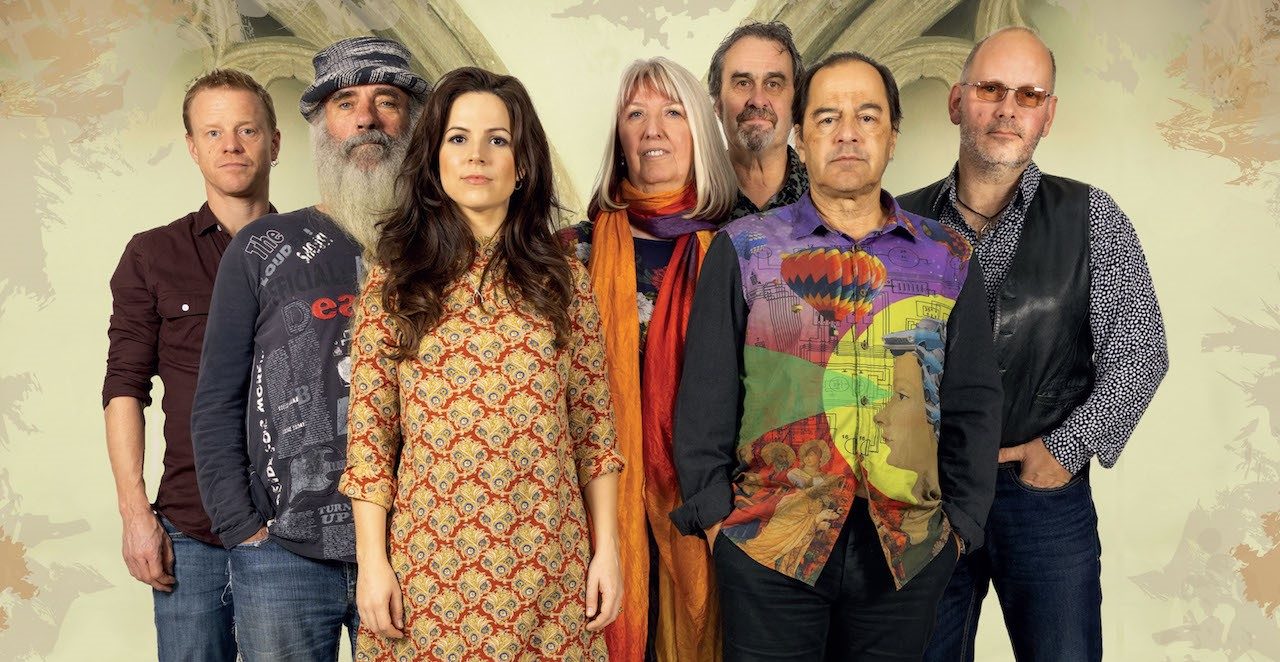 1970 would prove to be a vintage year for music and the start of an era that would change the world. For Steeleye Span – formed the year before – it would mark a major milestone. The band released their debut album Hark The Village Wait, a record that would not only launch one of the most enduring stories in the folk world and beyond but also come to influence further generations of artists. Five decades on and the band, led as ever by the iconic vocals of Maddy Prior and with a seven piece line-up featuring some of the most skilled musicians on the UK folk scene, their 50th anniversary tour will be a celebration of the key tracks from that famous album as well as favourites and gems from their long and famous career.

“Don’t miss them…” – The Independent

Maddy Prior is a true legend of folk and popular music. Her voice swooping and soaring in harmony and melody.  Her voice is still remarkable.  It is also is hard to think how Steeleye will survive without her at the helm when she eventually does decide to hang up her hat (the one with the green willow around it).  But let us bask in her glory, she still dances infectiously to the jigs, as happy in the moment as she has ever been.

Sitting at the back with his long beard looking every inch the hippy figure is Liam Genockey on drums.  Liam uses his kit to create sounds and atmospheres which are far more than hitting a stick against a skin.  He utilises the metallic edges, the case – any part of the drum kit he thinks can add a particular moment to a song.  His playing is very subtle and always beautiful

Julian Littman has been a part of the band since 2011,  and has a huge pedigree of playing with some top rated artists including David Bowie.   He is a bit of a jack of all trades being an actor, singer, musician, song writer – you name it he does it.  Julian plays guitars, keyboards and vocals..

Another relative newcomer to the bus is Andrew ‘Spud’ Sinclair.  Playing superb guitar and impressive on vocals too,  he clearly is an excellent fit.

The newest members bassist Roger Carey and multi instrumentalist Benji Kirkpatrick (son of former member John Kirkpatrick who played with the band in 1977-1978  – the group are now a dynasty) playing and singing as if they had forever been a part of the line up. Also Violeta Vicci, a virtuoso violinist, who skilfully steps in when Jesse Mae Smart is unable to tour.

In 2019 the band released their album EST’D 1969, to mark Steeleye Span’s fiftieth anniversary.

Here’s one we all remember from 1975 … guarantee you’ll be singing it well into next week!!

If that has given you your live music bug back (if not what’s the matter with you ?!} here are the dates for the rest of their rescheduled October Tour.