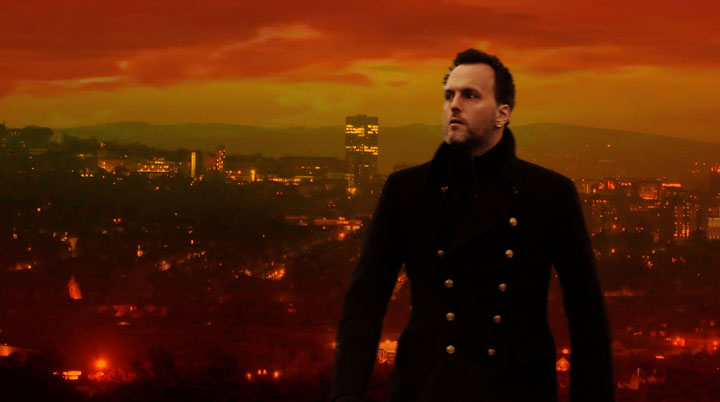 The multi-BBC Folk Award winning artist, Jon Boden has become woven into the fabric of the English folk scene having established his name first as one half of Spiers & Boden and then for his role as frontman for one of the most successful English folk bands ever, Bellowhead, who racked up a quarter of a million album sales and seven singles on the Radio 2 playlist over twelve years which saw them play the BBC Proms in The Park, Glastonbury, The Royal Albert Hall and more across worldwide sell out tours.

Now flexing his musical muscles in his own right, Boden has delivered an album and a new eleven-piece big band, Jon Boden & The Remnant Kings – which includes fellow Bellowheaders Sam Sweeney and Paul Sartin along with Leveret’s Rob Harbron and Ben Nicholls andRichard Warren from Kings Of The South Seas plus brass and strings sections – which is attracting media attention, including a Radio 2 playlist slot for the first single from the album ‘All The Stars Are Coming Out Tonight‘, and generating ecstatic audience reactions.

‘Afterglow’ is a narrative album, telling a love story which weaves throughout a nighttime carnival of fire – it draws audiences into an atmospheric setting of barrel fires and star light, which at the live shows are accentuated by ambitious lighting designed by Emma Thompson to pick up the themes of light and dark which run throughout ‘Afterglow’.

“The genre-busting folk artist he’s always been” – The Guardian

“Its elaborate arrangements, stop-start rhythms and melodramatic vocals recalling Gabriel-era Genesis with a dash of Bush and Bowie” – The Observer 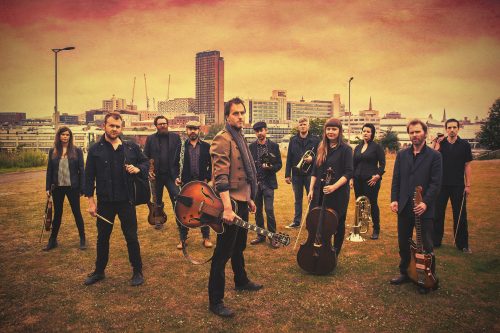