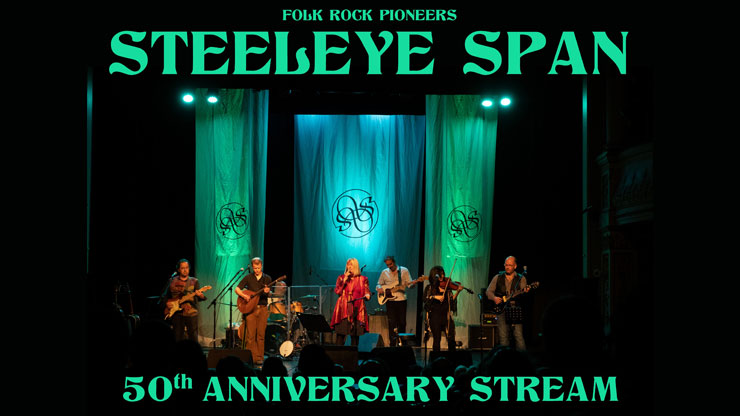 So there you are wondering if some of those promised early 2021 gigs will take place.  Matters may be on a knife edge and we may have to wait until later in the summer or autumn, meanwhile you don’t want to wish the year away but at the same time need a fix of your favourite band.

Worry not followers of Steeleye Span: there’s the chance to catch them in full throttle on February 26th when Maddy and the band stream a live show to further celebrations for their 50th anniversary. Filmed at the Epsom Playhouse not only will the set feature songs from their rather splendid ‘ Est 1969,’ album but also spotlight popular selections from their half decade history.  So expect ‘Thomas The Rhymer,’ ‘Long Lankin,’ ‘ Seventeen Come Sunday,’ and quite possibly a certain song about a hat.

Between the first and second half there’s a live question and answer session with members and once you registered you can watch as many times as you like until the end of March. All details are on the Park Records website and Facebook page where you’ll find a variety of options. It’s like having them in your lounge. Happy birthday Steeleye!