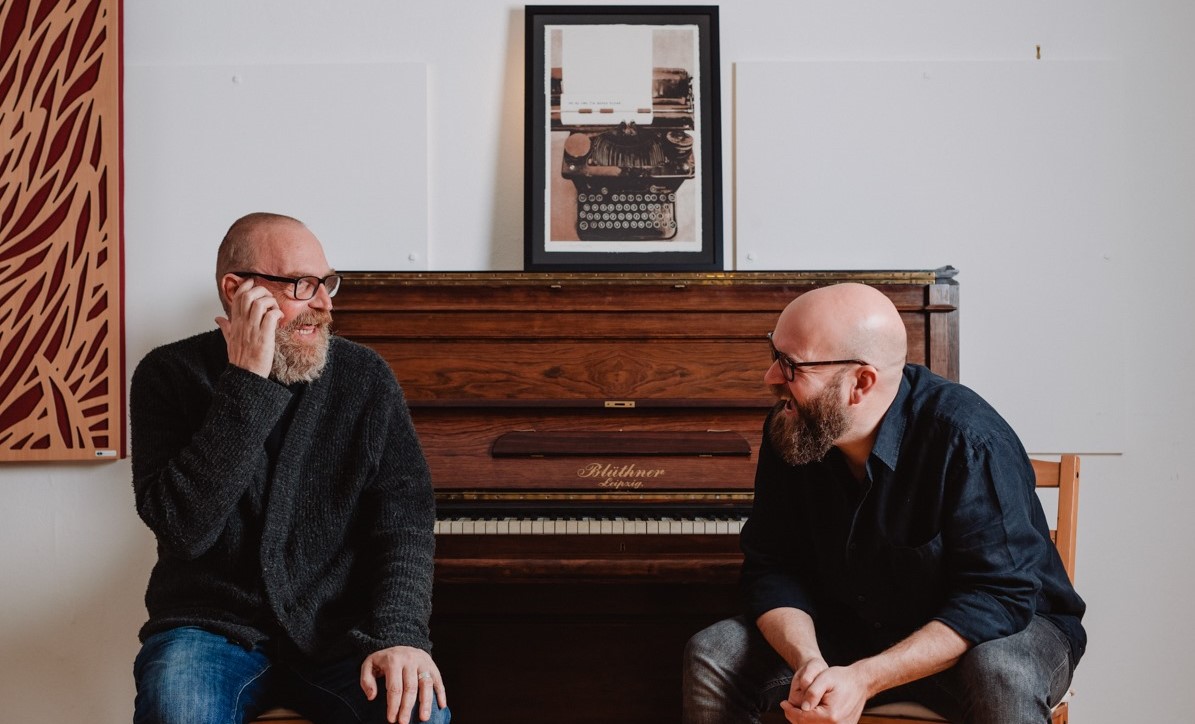 Songwriting virtuoso’s Boo Hewerdine and Findlay Napier have today announced the launch of a series of songwriting workshops aimed at creative people in Scotland whose livelihoods have been negatively impacted by the corona-virus pandemic.

Funded by Creative Scotland, the Bird on a Wire songwriting courses will be free to attend. There are a limited number of spaces and application forms are now available from the Bird on a Wire website https://www.birdonawire.info/

Boo and Findlay will host three five-day online courses over the coming months with the first kicking off on Monday, 18 January 2021.  The courses will include thought-provoking songwriting challenges, insight from a special guest, Q&As, a listening party and one-to-one sessions with both Boo and Findlay.

Boo Hewerdine said: “We’re delighted to announce the launch of these unique songwriting sessions that have been developed for musicians and songwriters who have had their livelihoods adversely affected by Covid-19. It’s been a difficult time for many industries, and we want to be able to give musicians an opportunity to hone their craft and learn new skills without the financial barriers they may be facing at the moment.”

Findlay Napier said: “I’ve experienced and benefited from songwriting retreats and workshops first-hand so I know the confidence and skills that you can gain from a focused week of writing new material. We hope to give attendees the opportunity to take some time to concentrate on their art after what has been a challenging year for the creative industries.”

Open to early and mid-career professional or semi-professional musicians, singers, songwriters, music producers, poets, storytellers, actors, writers, teaching artists etc. aged 18 and over, whose career has been adversely affected by Covid-19, participants will have the opportunity to learn from an inimitable songwriting duo in Boo and Findlay.

Boo Hewerdine has been a songwriter and performer for over thirty years, signing his first record deal at the age of 19. He went on to forge a successful career as part of The Bible and then has a solo performer, musician, songwriter, producer, A&R and mentor.

He has made 10 solo albums including last year’s critically acclaimed Before and has played with Eddi Reader, producing Sings the songs of Robert Burns, Angels and Electricity and Simple Soul. Eddi has recorded more than 50 of Boo’s songs including Patience Of Angels which was nominated for an Ivor Novello Award and saw Boo join the Ivor Novello judging panel the following year.

One of Scotland’s finest singer songwriters, Findlay Napier was the first solo act to be nominated for Live Act of the Year at the MG ALBA Scots Trad Music Awards and his remarkable 2015 solo debut album VIP: Very Interesting Persons, produced by Boo, claimed the number two spot in the Daily Telegraph’s top folk albums that year.

A skilled collaborator, Findlay was part of Folk by The Oak’s successful Shake the Chains touring and album project and in 2019 teamed up with award-winning songwriter Megan Henwood to create and tour their eponymous fIrst EP as The Story Song Scientists. He was also part of The Ledger, with Gillian Frame and Mike Vass, which is up for Album of the Year at this year’s Trad Awards.

He is also working on a new LP with Angus Lyon and his third solo album which is set for release in late 2021 to coincide with supporting Eddi Reader’s autumn tour. Findlay is the host of Celtic Connections’ Late Night Sessions and director of Glasgow Songwriting Festival.

Applications to the Bird on a Wire songwriting programme are open now. Courses will be held week commencing 18 January, 15 February and 15 March 2021.