Songs Of The Plains – Colter Wall 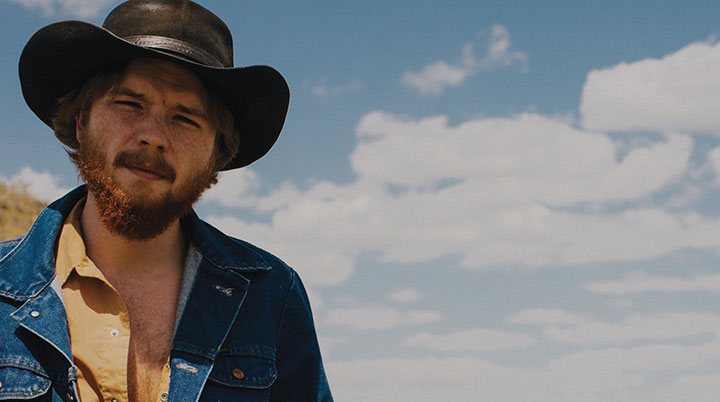 Those who picked up on Colter Wall from previous recordings such as his ‘Imaginary Appalachia’ EP may have assumed that he has American roots. As ‘Songs Of The Plains’ lands with us, it makes clear that he’s a fully paid up native of the prairie province of Saskatchewan in western Canada. Its music draws upon heritage in both senses of the word ‘western’, as we’ll see.

Starting with the opening track, ‘Plain To See Plainsman’, it’s obvious that the roots of these songs are found in the tough Saskatchewan landscape with all the extremes that brings. However, as this first song points out, it may be tough but it can induce home sickness when the song’s singer is out on the road.

The majority of tracks are simple in arrangement with Wall’s deep voice set against acoustic guitar and harmonica to great effect by Grammy Award-winning producer, Dave Cobb. Common themes of hardship turn up in Wall’s lyrics such as bemoaning the changes as time goes by on ‘The Trains Are Gone’, missing loved ones on ‘Thinkin’ On A Woman’, the pressures from folks demanding money with menace on ‘Saskatchewan In 1881’ and drug induced escapism on ‘Manitoba Man’.

Like follow Canadian, Ian Tyson, inspiration is also drawn from the cowboy life of the area on various songs. While this appears in songs penned by Wall like ‘Wild Bill Hickok’, he also dips into some other classics of the style with Billy Don Burns’ ‘Wild Dogs’, Wilf Carter’s ‘Calgary Round-Up’ and two traditional cowboy songs, ‘Night Herding Song’ and ‘Tying Knots in the Devil’s Tail’. On the latter, he’s joined by fellow Canadians, Corb Lund and Blake Berglund, to close out the record complete with band in a rip roaring, good old boys on the loose way.

Those hipsters who’d picked up with Colter Wall as a prime example of country music authenticity may get something of a surprise with this record’s rural plains focus. However, at the heart of it, the downs in life have similar echoes whether experienced in rural or urban settings. Whatever, Colter Wall has a dramatic way of painting those pictures in songs that draw you into the experience.