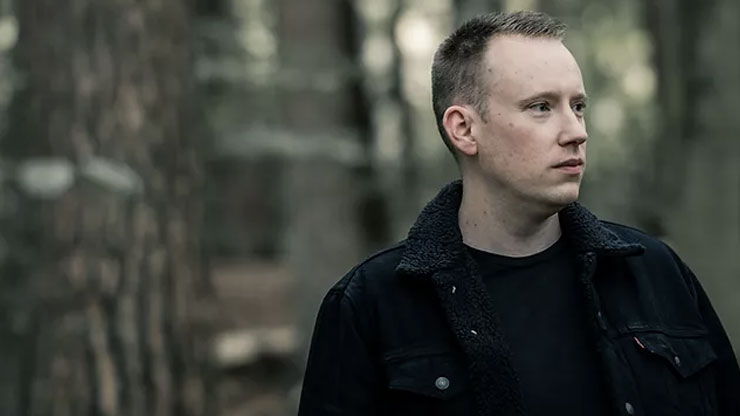 So there I was the other night flicking lazily through the channels in a frustrating search for something worth viewing, when I chanced upon the BBC’s Scots Gaelic channel Alba. What this worthy station was broadcasting meant I stopped channel hopping and viewed with  due attention, Skippinish live from Glasgow’s Barrowland. It even featured the skirl of Runrig’s guitar maestro Malcolm Jones as a special guest. An hour more than well spent, I can tell you. Maybe more on the delights to be found on Alba at another time.  The point is, not two days later what turns up in the review pile but Norrie MacIver – he, the front man/vocalist for Skipinnish and his latest project. My critical facilities were tuned ready.

Govan was, as no doubt you know, Glasgow’s ship building centre and the associated community threw up characters who shaped the area, much of the work force coming from a highland and island back ground. In short the album’s a celebration of history and roots in a tight neighbourhood. The Glasgow Barons are the area’s own orchestra who work in and around Govan using music to kindle the arts within the population. In a bold move they’ve teamed with Norrie MacIver, himself from Lewis, to create a show which was held pre Covid and now comes the sound track.

The songs are packed with atmosphere and character, the first track to really get to grips with both is ‘The Clyde,’ which commemorates the river that flows through the city and has “more to be valued than mines full of gold.” MacIver’s clipped Scots dialect is backed by fond strings and sweeping viola lines.

Some tracks are in Gaelic, ‘Cha Tig An Latha,’ celebrates the unity of the ship builders and their reliability in constructing ships for the war effort, it flies along on an island beat and catchy chorus. Equally spirited but in a stately manner, ‘Baile Ghobainn,’ tours Govan before a ship sails to war and leaves dreams back on the dock.

‘Betsy,’ is perhaps the closest the album strays to Five Hand Reel territory, a young girl is stood up at the altar and refuses to believe she’s been deserted, whilst ‘Latha Na Feille,’ recalls the Govan Fair when annually the whole community came out onto the streets for a parade and hooley.

Whilst this is focused on Govan, the album touches on sentiments and feelings that are universal and that’s really how to acknowledge the roots that still shape the people and places they live in no matter where that is. McIver and The Barons have created a splendid disc which tips the hat to a Scots city with pride and passion in its heritage. As it plays Goven glows.