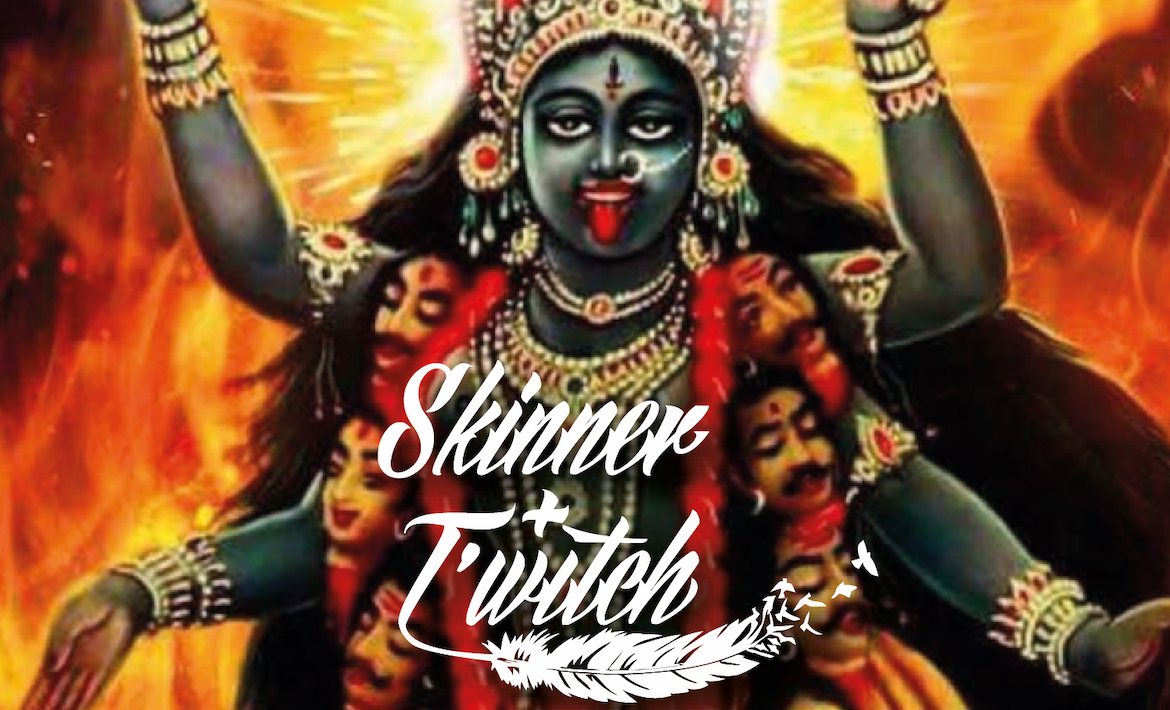 Skinner & T’witch are tremendously excited that their epic new prog-folk single, ‘KALI’, is OUT NOW!’

In honour of the Hindu goddess, supreme of all powers, and the power of the goddess within us all, ‘KALI’ is a pre-release from Skinner & T’witch’s forthcoming folk-rock album, ‘The Songcatcher’, due out in spring 2022, and features the marvellous Joshua Burnell on keys, Hugh Bradley on bass, and John Arneson on drums.

Skinner & T’witch have been on the road since 2014; released five albums; and have performed widely around the UK. They recently toured both in Australia and the US.