Sing It For A Lifetime – Heidi Talbot 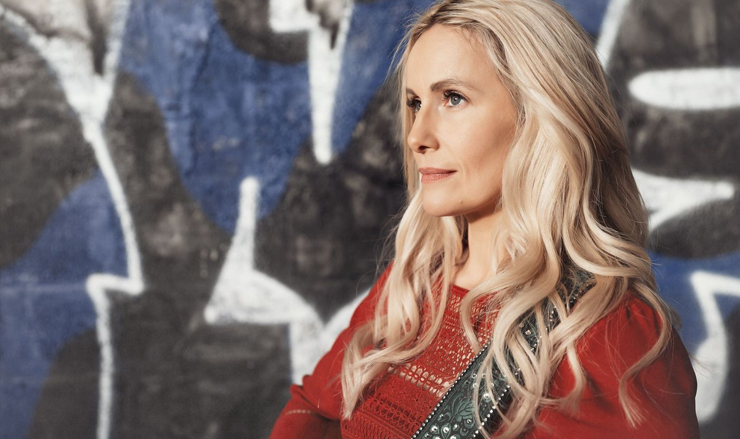 Irish born Heidi Talbot’s career has already taken in a couple of transatlantic twists beginning with five years in America as a member of Cherish The Ladies. Later, spending over ten years married to Scottish folk musician, John McCusker, who was heavily involved in her Celtic influenced solo records. With the breakup of that latter relationship, it’s no surprise that she has reached deep into the creative well to pull together some of those many influences on her latest record, ‘Sing It For A Lifetime’.

To support this new direction, she has turned to friends old and new to help create the record. Reaching out to Appalachian musician Dirk Powell, she found a willing co-conspirator for a planned recording session with the American in charge of production. As if the personal trials and tribulations weren’t enough, the global pandemic necessitated this became a virtual recording with digital music files flying back and forth across the ocean. However, this hasn’t hindered the creation of a set of seamless recordings.

So comfortable was Talbot that Powell encouraged her to record some very personal co-compositions that find her wearing her heart on her sleeve. Most direct of all is ‘I Let You Go’ with its parting message to her former partner. Also revealing is ‘Empty Promise Land’ which finds Mark Knopfler on guitar as Dirk Powell duets on a song he wrote some time ago about the smouldering nature of a breakup.

While Powell is a central figure on the record, there is a blend of US and UK musicians across the board. There are some obvious contributors from Talbot’s past collaborations such as Boo Hewerdine who contributes to the songwriting with ‘Let Your Eyes Get Used To The Dark’ and Adam Holmes who provides backing vocals.

Seonaid Aitken heads up a string section which is at the fore on various tracks including Talbot’s rendition of Leonard Cohen’s ‘Famous Blue Raincoat’. She also borrows from the Dolly Parton’s songbook with the typically forthright ‘When Possession Gets Too Strong’. Perhaps, the most surprising song selection is a cover of Bob Marley’s ‘She’s Gone’ where its original reggae lilt is shaped into a soulful ballad 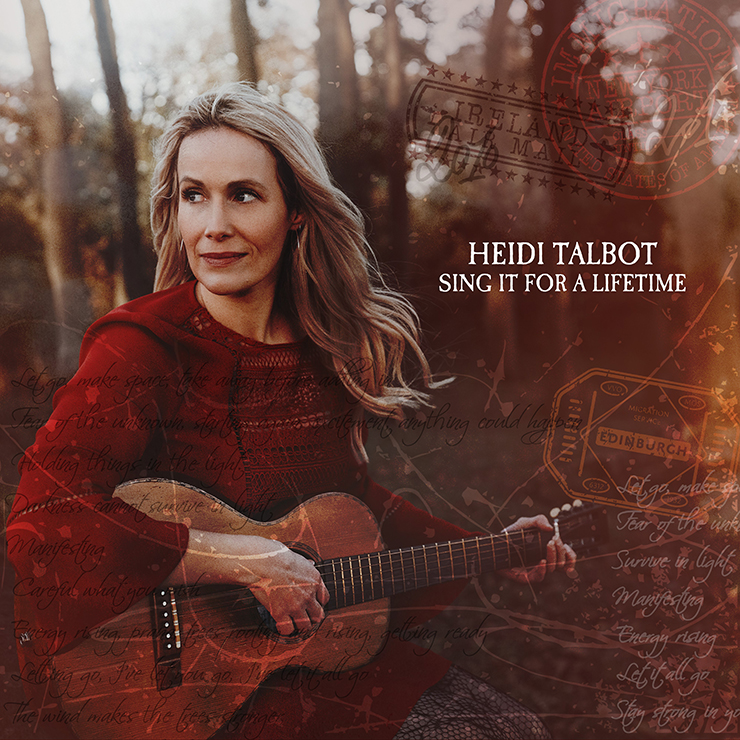 Guy Fletcher, Dire Straits’ keyboardist, turns up on organ for ‘Wandering Road’ composed by Dirk Powell and Rhiannon Giddens. Despite Powell’s key role as songwriter on the co-compositions with Talbot, he does take sole composing credit on the final track. That closing track is ‘Bring Me Home’ which offers up a brighter future as it draws together the strings with the gentle fretwork of Knopfler in a tender ballad.

Some people take the view that the best artistic work is often done under a state of emotional duress. If the evidence of this new album is anything to go by, surrounding yourself with good friends helps too. In doing so, Heidi Talbot has taken the differing strands of her career and knitted them together well to take a new direction on ‘Sing It For A Lifetime’.