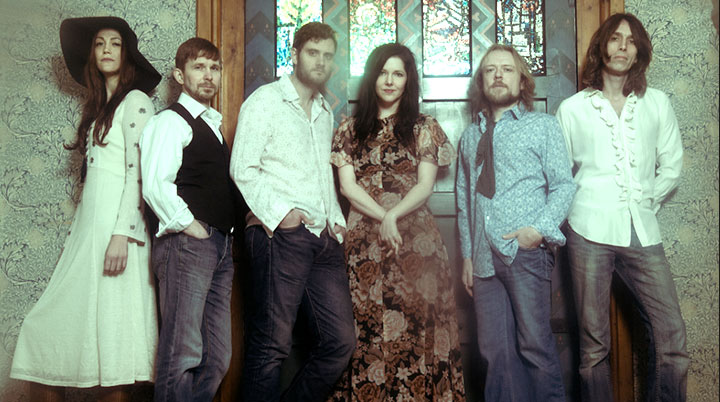 Someone, somewhere, sometime obviously whispered in Galley Beggar’s ear that wearing your influences on your sleeve is all very well, you can probably get away with it for a while but sooner or later you’ve got to stand up and be yourself. Welcome to Silence & Tears the first true Galley Beggar album.

If you’re one tied to comparisons then you can – at a push, though more like a ruddy great heave ho – make a point that influences of Spriguns but more obviously Trees seep into the undoubtedly British ether which forms a miasma over this third offering. There is a certainty which anchors the album in solid home ground. First off Rise Above as a label has shown a generosity which says it’s safe for them to develop their own sound and the company will go with the results. Secondly don’t underestimate the security the band have found within their own writing, tracks like Adam & Eve, Deliver Him, Sanctuary Song all display a certainty missing from their debut and its somewhat lacklustre follow on. Maria O’Donnell is far more rooted than ethereal check out her readings of Jack Orion and Geordie, ye olde tales both but here given the Galley makeover no one comes out unscathed, one titular character hangs his servant, in the other no amount of tears and pleading can save a man already hanged. This isn’t a light hearted, good time jig along as so much folk rock can be reduced to. Instead Silence & Tears is a serious laying down of ambition and intent.

Step forward here, Toe Rag studio, the sort of retro recording heaven which bands like Beggar were made for , where vintage instrument and recording paraphernalia helped the band do s much live and all together recording as possible. Small contributions meld to have a larger overall impact. This is confident music, it nods to a folky psychedelic past yet logically updates the influence for a whole new generation of paisley shirted, flowery dress wearing folkniks. Overall essential summer blissed out sounds from within a deeper meadow. Pretty spiffing.