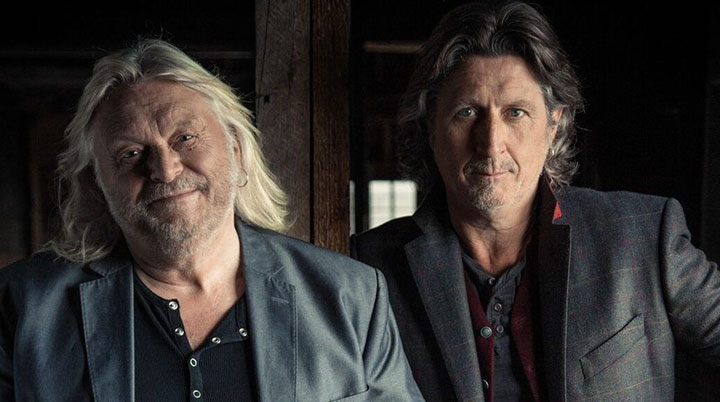 Show of Hands have a special double header live stream on Sunday March 21st.  A ‘fly on the wall’ film about the making of the ‘Wake the Union‘, their 14th studio album, plus Show of Hands and the Urban Soul Orchestra in concert at Shrewsbury Folk Festival. 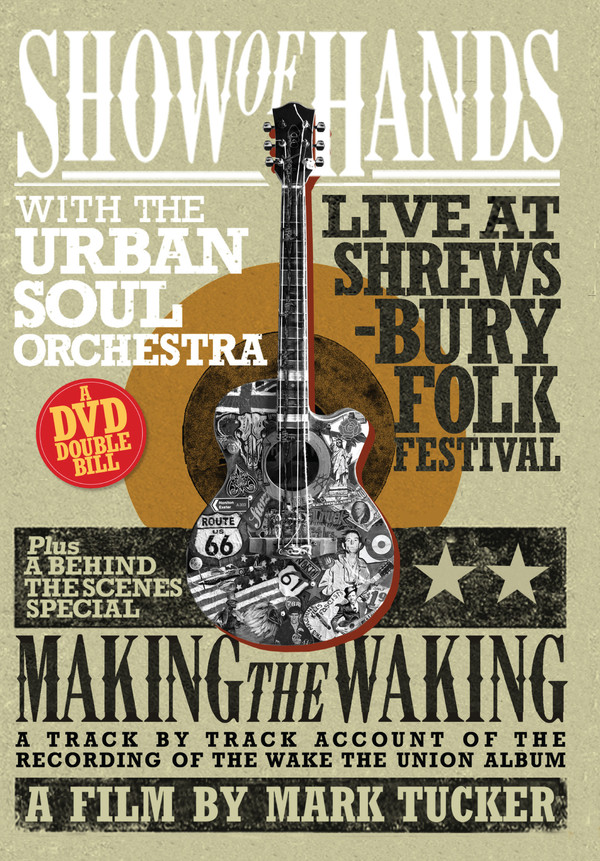 “Released in 2012, this album beautifully balances the English and North American influences which lie at the heart of Show of Hands music. Born out of the band’s love of the acoustic and roots music of both countries, the CD is a journey through the heart of two landscapes united by a common tongue and musical heritage. A touch of Folk, a hint of Blues and a tiny pinch of Country are all here. Martin Simpson, Seth Lakeman, BJ Cole, Andy Cutting, Paul Sartin, Cormac Byrne, Leonard Podolak, Paul Downes, Phil Henry, Hannah Martin, Rex Preston and Jenna have all been enlisted to help us kick-start the old Ford Mustang down the A303 on its journey West! As ever, Miranda adds her wonderful double bass and vocals.”

Steve & Phil will be chatting Iive on Facebook for a Q&A after the stream on Sunday 21st March.

“Formidable operators in the roots arena. A class act” The Independent

The film stream will be available to view until 10pm Wednesday 24th March 2021.

DVD & link for film stream available to purchase from https://showofhands.co.uk/shop