Show of Hands Autumn Winter ‘Walk With Me’ Tour 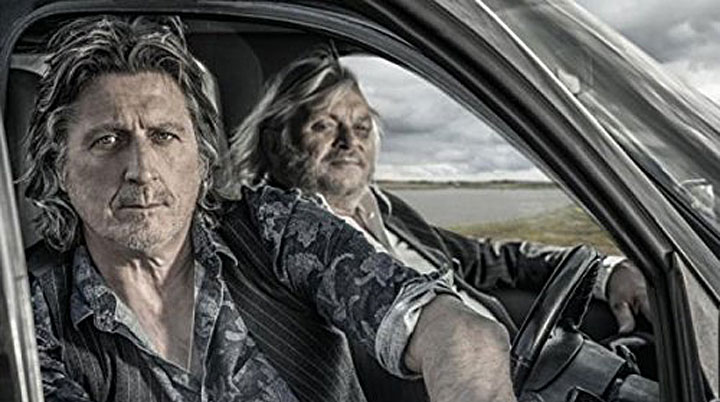 Heading fast towards 25 years in the business (to be celebrated at Royal Albert Hall next Easter), Show of Hands reunite for a bumper autumn-winter tour of England and Wales starting November 1. Steve Knightley and Phil Beer will be joined by their long-standing double bassist/vocalist Miranda Sykes for the 23-date “Walk With Me” tour.

Kicking off at Taunton’s Brewhouse Theatre in Somerset the tour finale will be three nights back in their home county of Devon on December 8, 9 and 10 at Exmouth Pavilion – just yards from the folk club where they first started playing. They will also play a flagship gig at London’s Hackney Empire.

Opening for them will be 27 year-old Oxfordshire singer songwriter Megan Henwood winner of the 2009 BBC Young Folk Award. Her rich, distinctive voice and niche-defying music has come to fruition in her latest album Head, Heart, Hand and in her sublime new duo with fellow songstress Jackie Oates.

Recognised as leading ambassadors for roots music, Show of Hands will be performing songs from their latest studio album The Long Road Home which was nominated for Best Album at this year’s BBC Radio 2 Folk Awards and which includes Knightley’s BBC Radio 2 playlisted Walk with Me (When the Sun Goes Down) from which the tour takes its name.
Hear ‘Breme’, the opening track from the album:

On sale on the tour will be a new CD recorded live at stunning Exeter Cathedral on July 1,2016. On that night Show of Hands performed a special concert marking the centenary of the first day of the Battle of the Somme. They were joined by one of Britain’s best-known and best-loved acting couples, Jim Carter and Imelda Staunton along with Chris Hoban and Devon’s Lost Sound Chorus, raising funds for the West Country project Shrouds of the Somme.

The three will also each perform solo and they will unveil a quartet of contrasting new songs written by Steve over the past month – Make the Right Noises, Mad Dog Mcrea, Have No Secrets and Break Sweat. Through September Steve used social media to share the songwriting process getting feedback from Facebook followers. Says Steve: “I hadn’t written any new songs for a while so I gave myself the challenge of writing a song a week for a month.” At the same time he had another target – to abstain from alcohol and sugar on weekdays! “It was a “get healthier, get songwriting” campaign – it worked well and I’ve really enjoyed it.” See Steve’s Youtube channel for more
www.showofhands.co.uk