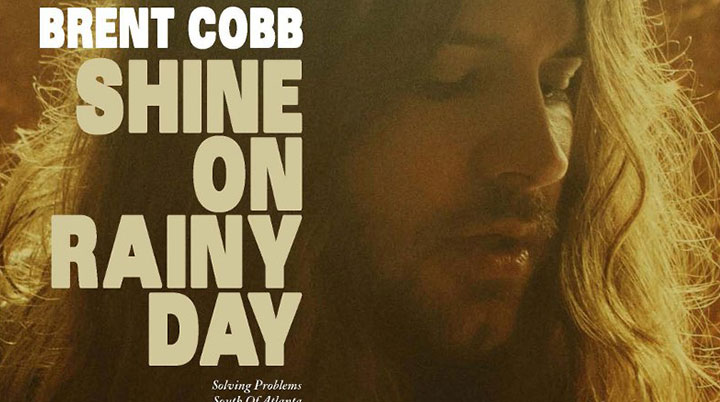 If you’re of a certain age, the Elektra Records imprint has a stamp of quality to it as the place where the likes of folk artists such as Judy Collins, Phil Ochs and Tom Paxton found a home in the 1960’s. Brent Cobb is a new name to me but the 2016 release of ‘Shine On Rainy Day’ on Elektra Records caused a stir as it made 11th position in Rolling Stone Country’s Top 40 Albums. Coming from pretty much nowhere and ably accompanied by his cousin, Dave Cobb, the Grammy Award-winning producer known for working with the likes of Sturgill Simpson and Jason Isbell, this songwriter has got the attention of many including me.

Hailing from Georgia in the south of the USA, the album draws upon a range of styles that will be familiar to those who like their American songwriters with a slice of country. ‘The World’ is a gentle and laid back love song that’s as tender as you like. There are storytelling songs like that of ‘Solving Problems’ which paints a picture of two friends sat on the back porch “solving all the problems of the world” – who hasn’t done that one? ‘South of Atlanta’ is one of those classic driving songs that takes you on a honeysuckle smelling tour of the area making you feel like you’re sat in the car with the singer. The beat is stronger on ‘Digging’ Holes’ with its description of the hard life of coalminers and there is a southern swing to ‘Travelling Poor Boy’. On ‘Black Crow’, Jason Isbell’s guitar gives the track a blues flavour reminiscent of that great songwriter of the American south, Tony Joe White. The sparse production of the title track allows the richness of Cobb’s southern drawl to flow through you like a slug of good bourbon. I’ll certainly drink to this one. Watch for Brent Cobb, he’ll be catching many more ears than just mine.