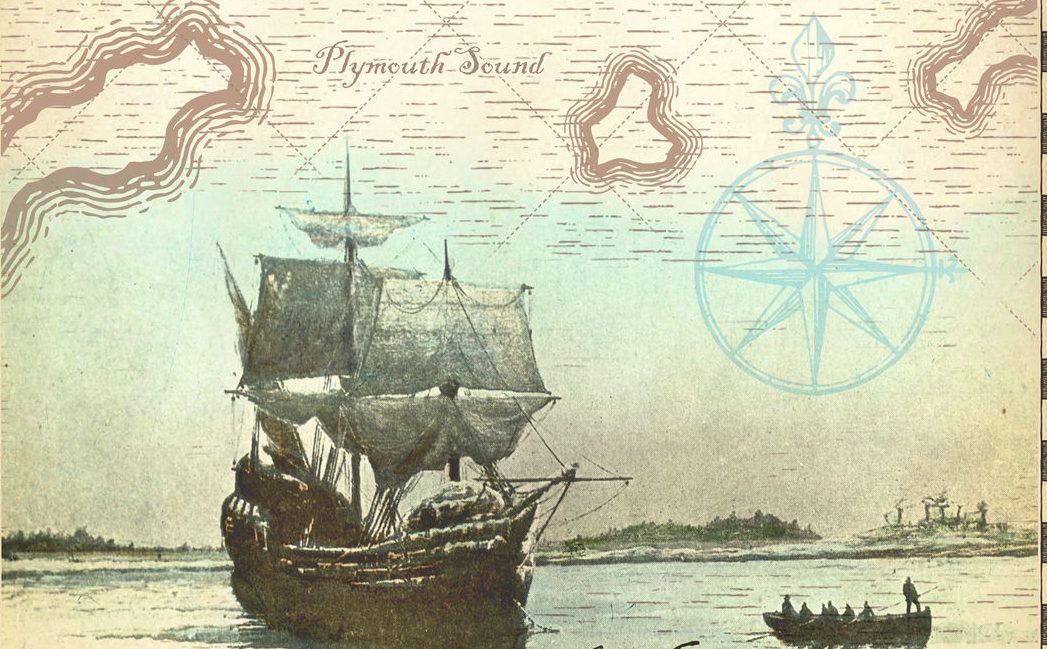 Multi award-winning folk singer Seth Lakeman will release his new album ‘A Pilgrim’s Tale’ on February 7th 2020, in a year that marks four centuries since The Mayflower ship departed the UK. The album will be released amidst a selection of UK concerts where Seth will visit locations significant to the Mayflower tale, including dates in London, Plymouth, Immingham and Harwich (full details below). This stirring and beautiful record is narrated by the actor Paul McGann (Dr Who/Withnail and I/Hornblower/Luther), and features a host of guest performers including Cara Dillon, Benji Kirkpatrick, Ben Nicholls and Seth’s father Geoff Lakeman.

“If you’d never heard anything about the Mayflower and the birth of the modern USA these words and music could be your primer.” – Seth Lakeman

2020 marks the 400th anniversary of the Mayflower ship setting off to the Americas. The ship carried British and Dutch passengers with hopes of fresh settlement, and who were famously met by the Wampanoag first nation tribe upon their arrival. Bottling the spirit of the 17th century pilgrimage, Seth has written and performed a selection songs that shape a fictional narrative of the journey, informed by extensive research from text such as the journals of William Bradford, conversations with modern day ancestors of the Wampanoag people at the Plymouth Plantation in Massachusetts, and information sourced at the national heritage sites that still exists in the UK.

Chronicling the voyage and early settlement in these songs, Seth has created a drama that celebrates the history, but doesn’t lose sight of the journey’s tribulations. It stays sensitive to important facets of the story; the religious liberation that passengers were trying to achieve, the nefarious deeds enacted upon the Wampanoag, and the deaths that followed on both sides.

It’s a story Seth feels he is intrinsically linked to, “I didn’t have far to go for inspiration. The Mayflower Steps, on Plymouth’s cobbled Barbican streets are 20 minutes away from me. I fished from this quay as a boy, sang songs on tall ships tied up here and played music in just about every old sailors’ pub in this Elizabethan quarter.” Furthermore, as one of the most celebrated members of British folk music, Seth is wholly qualified to replicate the trappings of traditional 17th century musical styles; whether it be through his vocals, stringed instrument arrangements, fiddle playing, or percussion.

The stories in the songs are told from a variety of perspectives, from personal accounts such as the opening number ‘Watch Out’ detailing deadly premonitions of a Wampanoag girl, to tales of the collective travellers in songs such as ‘Pilgrim Brother’ and ‘Sailing Time’, which march at a hopeful cadence reflecting their early optimism.

Close your eyes, and with each track you feel possessed by one of those 17th century characters; a crewman wrestling to control the ship, a pilgrim celebrating in rapturous faith, or the solemn Wampanoag tribesmen forlornly surrendering to the new way of life thrust upon them. Seth has married mood to pulsing rhythms in an immersive tale of struggle that, 400 years later, still holds an emotional impact.

Inspiration for the project came when Seth was on tour with Robert Plant, and paid a visit to the Plymouth Plantation in Massachusetts to talk to the Wampanoag that still reside in the area. It didn’t take long for the songs to form upon his return to England, “After I travelled home from the “New World” to Plymouth, Devon everything happened in a quite mystical way. The songs came together so speedily and with exactly the vibe I wanted, and we recorded in a very short time in my studio at home on Dartmoor.”

To supplement the recordings, a between-song narration was written by associate director of Plymouth’s Theatre Royal, Nick Stimson, and read by Paul McGann. Seth was elated to have the prestigious actor on board, “As we finished the album another quite magical thing happened, when Paul agreed to voice the narration between the tracks on the record. He pitched it perfectly.”