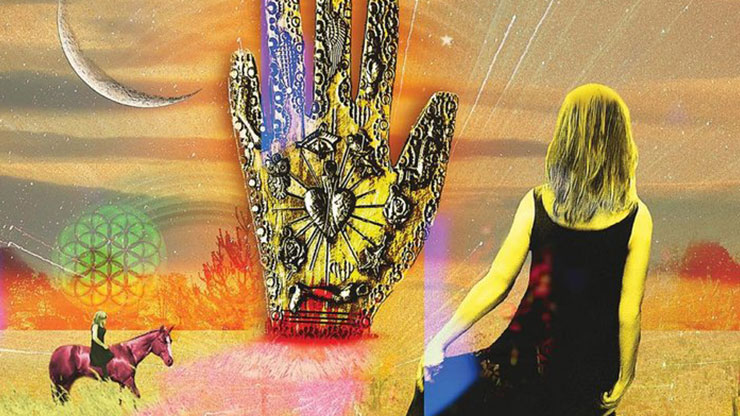 If Brigitte DeMeyer can stand comparison to Emmylou Harris then co-conspirator/proudcer Jano Rix is her Daniel Lanois. Even if she can’t then ‘Seeker,’ is still a pretty cool thing. Writing what she terms ‘greasy southern soul,’ DeMeyer bounces country clichés clear out of the ball park; even though she creatively references Nashville, she’s also under the spell of the west coast.

As a writer DeMeyer’s stock are storied essays which evoke the southern states through slightly ‘other’ melodies and arrangements. Nearly all of the tracks here are penned with multi-instrumentalist Rix whose keyboards and percussion dominate allowing DeMeyer herself to concentrate on singing. And that’s something at which she is undoubtedly excellent.

Her vocal, a glorious, laid back, detached vehicle glides over whining pedal steel and burning desert sounds of ‘All The Blue,’ “ ain’t got the worry, ain’t got the hurry,” she murmurs dreamily. ‘Salt of The Earth,’ is all Memphis up tempo and addictive. The title track is a road to redemption song which jigs along with the session players stretching out beneath her voice and an earthy bowed bass.

“I just let everybody do what they do best,” she avidly confesses in the publicity blurb concerning the relaxed recording approach. Don’t question it, this maybe ‘greasy southern soul,’ but it stands strongly alongside ‘I am Shelby Lynne,’ as the pinnacle of music with southern identity, chemistry and a sense of place as well as purpose. Pretty much essential.