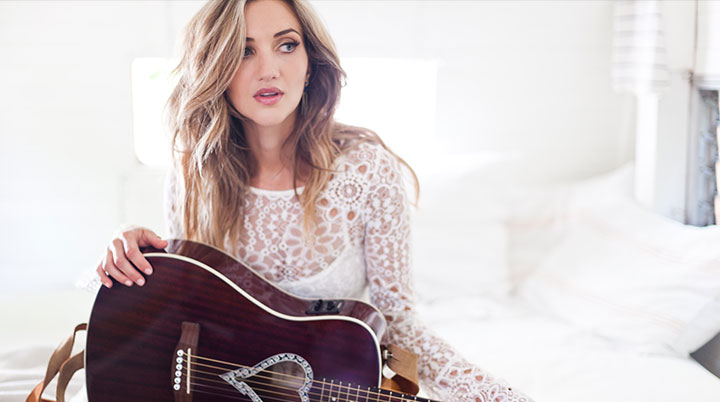 As with ‘Wasted’, the new single was inspired by real life events and has deeply personal significance for Sarah. Through her masterful storytelling ‘Diamonds’ holds a tone of relatability for the listener… as Sarah puts it, “the song is a reminder that life is a journey with a lot of ups and downs. It’s the struggles that bring out the beauty. I’ve been to the bottom and literally had to pull myself back up, and I’m grateful for the whole adventure, not just the fun glittery parts. I think of how many wonderful things just need a little time and patience.”

Sarah’s musical output in 2018 has been pushing her beyond the realms of country, and further developing her sound. With pop sensibilities and clear-cut hooks creeping into the mix, fans have been delighted that Sarah has managed not to lose the cordial nature of her lyric writing, and the gravitas of her stories have not lost their weight.

Stateside Sarah has played the CMA Festival in Nashville, toured with stadium fillers Carrie Underwood, Kacey Musgraves, Vince Gill and Tim McGraw, and performed at the Grand Ole Opry more than 80 times. In the UK, as well as her own headline concerts, Sarah has toured with her signature ‘Night in Nashville’ shows, opened for the chart-topping Ward Thomas and performed at the C2C: Country to Country festival in 2016 and 2017.