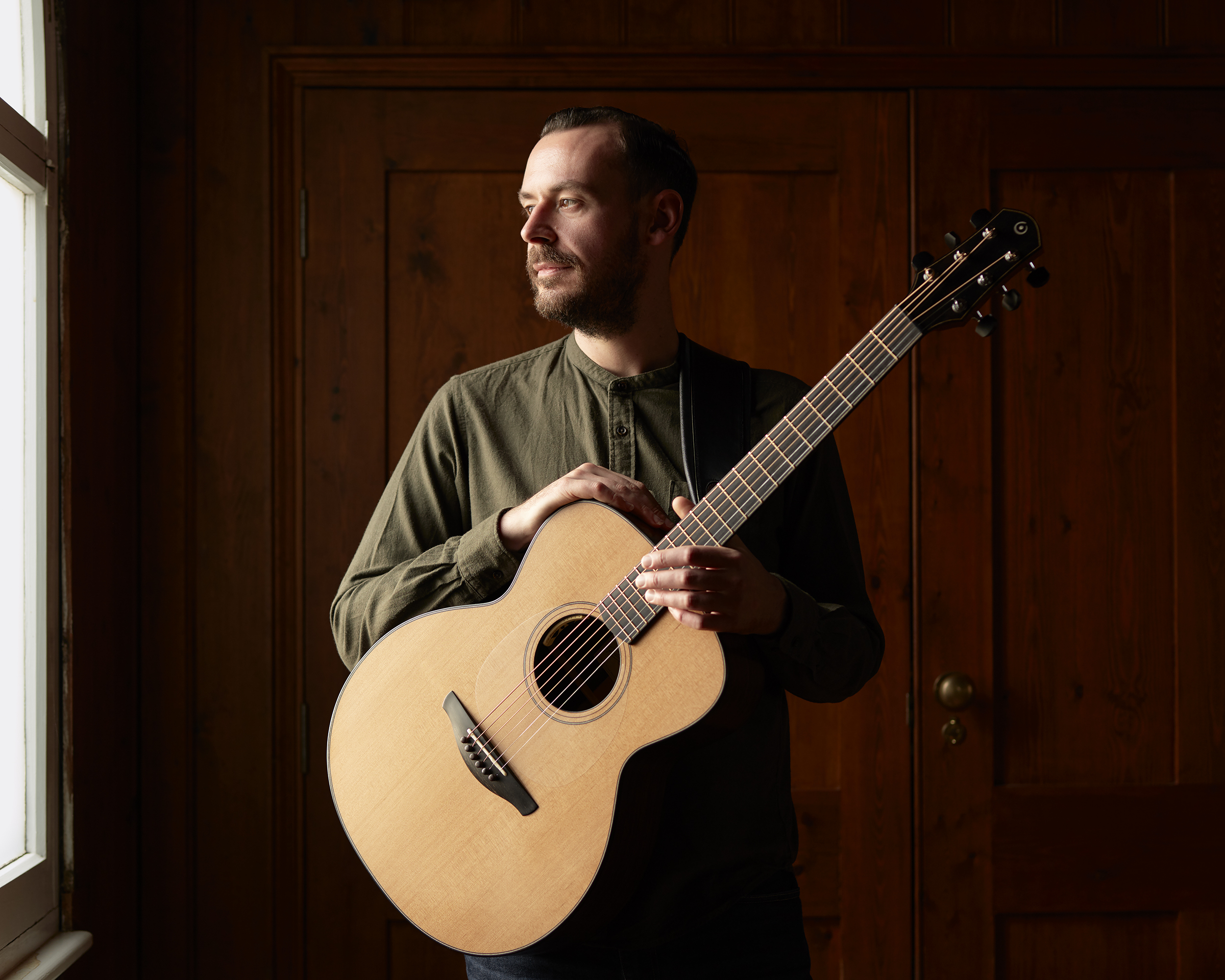 Midlands-born guitarist and songwriter Sam Carter has earned a reputation for vivid, narrative-driven songwriting and captivating live performances. He is a highly-regarded , renowned by many as ‘the finest English-style fingerpicking guitarist of his generation’ (Jon Boden).

Over the past fifteen years, Sam has toured the world, won a BBC Folk Award and made appearances on national TV, including a spellbinding performance on Later… with Jools Holland. Sam has recorded and performed with some of folk’s leading lights, including Richard Thompson, Eliza Carthy, Martin Simpson and Nancy Kerr.

When Sam Carter envisioned his fourth album Home Waters as ‘a search for a sense of belonging and stability in unfamiliar territory’, he couldn’t have known how prescient that would turn out to be.

Recorded pre-pandemic in a converted church in rural Northumberland by producer and multi-instrumentalist Ian Stephenson (Kan, Baltic Crossing, Andy May Trio), Sam’s live acoustic guitar and vocals sit at the heart of the album. Many of his performances were left unadorned, while Stephenson’s cinematic string arrangements created the rich emotional landscapes on other tracks.

Released during lockdown in May 2020, Home Waters brought solace to many and was heralded as ‘an album full of quiet pleasures by a musician at the top of his game’ (R2 Magazine).

This autumn, Sam’s UK tour will give the songs of Home Waters their first live outing since the release. The specially-assembled Home Waters String Quartet will join Sam on tour at Hexham on 16th October, and for Home Waters In Concert, which premieres online on 24th September. Captured with a professional multi-camera setup in studio-quality audio, this concert film is not to be missed.

The accompanying audio from Home Waters In Concert will be released as Home Waters Live on  DL on 24th September and will be available exclusively on Bandcamp, and from Sam directly  during the Home Waters tour.

Feat. How The City Sings Trio*

*For the London leg of the tour, in addition to showcasing the songs of Home Waters, Sam will revisit
his third studio album How The City Sings as part of the London Unwrapped season at Kings Place.
Sam will be joined by Matt Ridley on double bass and Evan Jenkins on drums.