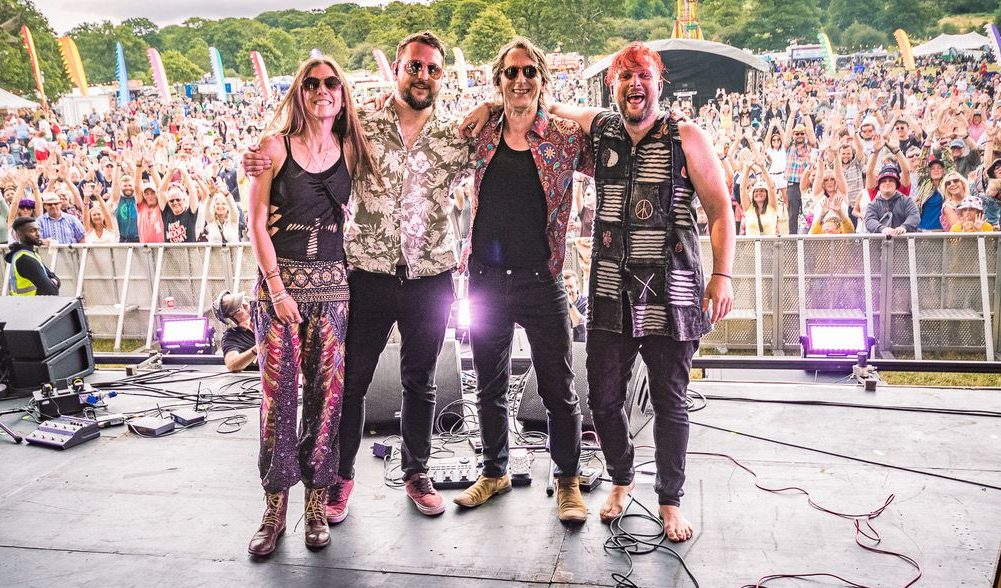 AWAKEN is the energetic new album from award-winning Celtic folk-rock fusion band Roving Crows. The four-piece, who have been carving out their niche in the UK folk music scene for more than 10 years, will release their fourth record on Friday 4 March.

Founded in Herefordshire in 2009 and now based across England and the west coast of Ireland, the Roving Crows have evolved to create a unique Celtic rock ‘n’ roll sound that pushes the boundaries of traditional music – melding English folk and Irish traditional influences.  The band comprises Paul O’Neill on guitar and lead vocals, Caitlin Barrett on fiddle and backing vocals, Jim Smith on bass, guitar and backing vocals and Laurence Aldridge on drums and backing vocals. Known for their passionate and vibrant live performance, Roving Crows showcase a mix of fiery, Celtic-inspired fiddle, conscious, intelligent lyrics, thumping rhythms and driving, innovative bass.

AWAKEN captures all of this and more, with the band drawing inspiration from the raw beauty of Irish nature to fuel their writing and recording practice and create something brimming with untethered energy.

The album was created from both sides of the Irish Sea – recorded with Simon O’Reilly in Doolin, County Clare, Ireland and mixed by their own Jim Smith in Malvern, England. The writing and arranging was completed by Caitlin and Paul on the west coast of Ireland, in order to further encapsulate the essence of the wild Atlantic represented in the new tracks, it continues the themes and raw feel of Roving Crows’ last album, Bury Me Naked (2017), focusing on the band’s personal outlook on life. All songs are self-penned with the exception of two sets of traditional tunes, Phoenix and Rise. 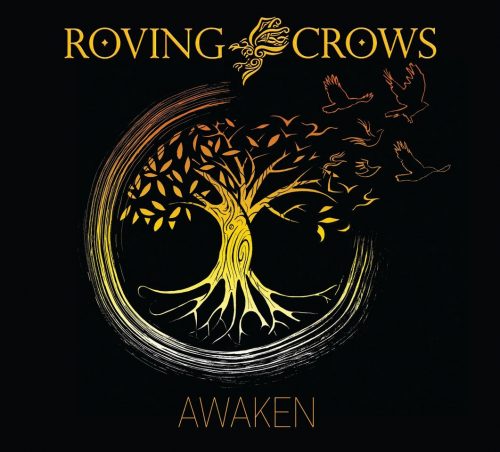 Freedom Song, which will be released as a single on Friday 4th  February, is a raucous anthem that jubilantly celebrates life with soaring vocals and a rousing chorus that listeners won’t be able to resist singing along to. It’s no surprise that this track was inspired by The Burren in County Clare and the epic vastness of the landscape in this area.

The second track on the album, Shine, inspires listeners with bright harmonies and poetic lyricism. With driving rock riffs and fiddle licks, it’s guaranteed to get feet stomping. In contrast, Let Me Roll, an acapella number, sees the band tapping into their English folk roots to create a modern track that equally showcases a strong traditional foundation.

Roving Crows’ Caitlin Barrett said: “AWAKEN is about opening ourselves and other people’s hearts and minds to the positive changes possible in the world. It’s about questioning, observing and ultimately creating an album that people want to sing loud to, dance wildly to and celebrate life with.

Moving to Ireland during the pandemic and finishing writing and recording the album here has been a rollercoaster ride, but it’s incredible what a change of place and perspective can bring. The west coast of Ireland is full to the brim with raw energy, and I hope we have managed to convey some of that in this recording.”

Roving Crows have performed at festivals and venues around the world, from England and Ireland to France and Australia. Their many accolades include Band of the Year at the 2014 FATEA Music Awards, We awarded them Best Live Act at the 2014 Spiral Earth Awards, International Artist of the Year at the Australian Celtic Music Awards 2017 and Top Celtic Rock Band and Top Fiddle Player at the Irish Music Association Awards.

They have also released an amazing  video to accompany the first single from the album, Freedom Song.

You can pre-order the album from Friday 11 February and buy on CD and stream and download on all digital platforms on Friday 4 March. The band will tour the album with live dates across England this spring taking in towns including Bath, Leicester and Norfolk.

The album was made possible with support from Arts Council England. For more information visit: rovingcrows.com.