Rose In June – Jon Boden and The Remnant Kings 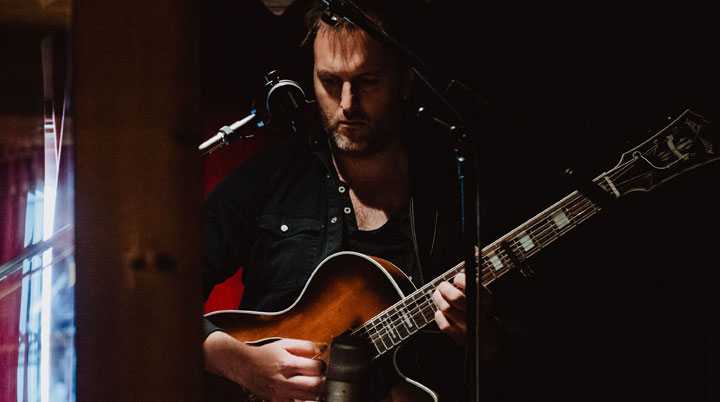 There has always been a dichotomy between recorded and live music that throws up questions like can the live performance deliver the spirit of the recording? Or, looking at that in reverse, does the live performance get captured in recording? The latter often being easier to get right. For example, Richard Thompson had a series of ‘acoustic classics’ releases that successfully pitched at the more intimate feel of his solo shows.

On Jon Boden’s last release, ‘Afterglow’, he’d expanded his circle of musicians in a dense, post apocalyptic folk opera that my review for Spiral Earth suggested might challenge some fans. Thankfully, he was able to successfully take this expanded line up on the road including various festivals. He’s also toured with slimmed down versions of The Remnant Kings, The Remnant Strings as well as solo shows. With ‘Rose In June’, his new record, the aim is to capture the songs and arrangements that most fans will recognise from those live shows.

Naturally, the arrangements have been honed by their live performance and the differing line ups used which means the album is packed with a variety of approaches. It mixes songs that come from the folk tradition with both covers and Boden’s own songs. In particular, he’s taken three songs from his ‘Songs From The Floodplain’ album (‘Beating the Bounds’, ‘Going Down to the Wasteland’ and ‘We Do What We Can’) and given them the expanded Remnant Kings treatment.

There are various selections from the folk tradition on this recording that have been part of his recent touring sets too. Most notably, ‘Rigs of The Time’, whose line “and honesty’s all out of fashion” and theme of fairness in the world captures perfectly the current political zeitgeist. This time out, the song is arranged to suit The Remnant Strings’ format. Another popular live song included here is the title track with its tale of the capsizing of a fishing boat and consequent reflection on the possibility of divine intervention.

The covers on this record fit perfectly with ‘Sweet Thames Flow Softly’ from Ewan MacColl sounding like a song straight out of the folk tradition and, more surprisingly, Kate Bush’s ‘Hounds of Love’ performing much the same function. The whole album is cemented together by a handful of instrumentals, some described in the accompanying booklet as companion pieces to the ‘Afterglow’ album.

Whilst some of the songs here are familiar from earlier albums, their new arrangements give the listener a different experience and, in any case, much of the material has not previously been committed to tape. Pulled together by that master of the sound desk, Andy Bell, and utilising the legendary Rockfield studio, ‘Rose In June’ perfectly captures the polished arrangements of songs experienced live by Jon Boden fans.