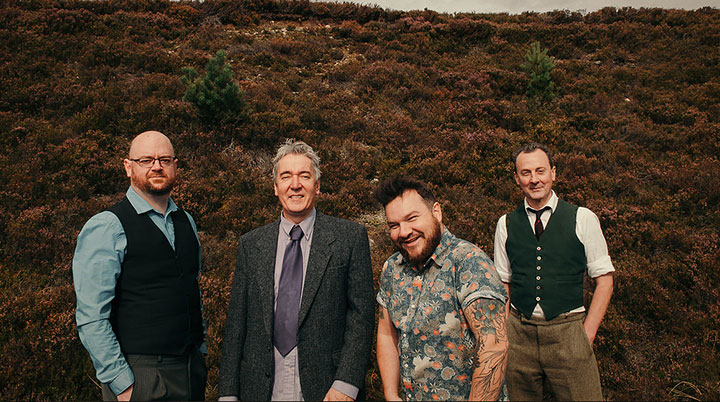 With a 25 year history, a back catalogue of 13 albums and a group of musicians as experienced and as talented Jonny Hardie, Aaron Jones, Ali Hutton and Donald Hey, I’m not sure this is the album to introduce yourself to Old Blind Dogs (OBD).

It seems to lack a heart which is no doubt there in their live shows. And that may be the problem, translating their infectious rhythms, spontaneity and joy of a live show on to a studio album is a hard ask.

That’s not to say that the album doesn’t evoke a feeling of what it’s trying to achieve – a sense of traveling not only physically but emotionally and mentally as well. Bunker Hill ,the first track on the album feels less like a cliched Duelling Banjo’s and more like guitars vs pipes with good hit of a drum beat to begin with, but it seems to slip into a tune that overstays its welcome outside of a full on live event.

Where Room With A View really comes alive is when the band allows obviously talented vocalists to come to the fore. Guest Lionel McLelland singing of the Earl O’ March’s Daughter is a sublime piece of work on this prominently vocal free album. Best described as a traditional Scottish folk song by way of the Chicago Blues. It seems like strange to describe it as such but I can’t think of any better way.

Having not listened to their previous albums I can’t tell you if this album is a worthy inclusion in their musical history but as I said it feels that the heart and soul that is probably there during a live show has been lost.