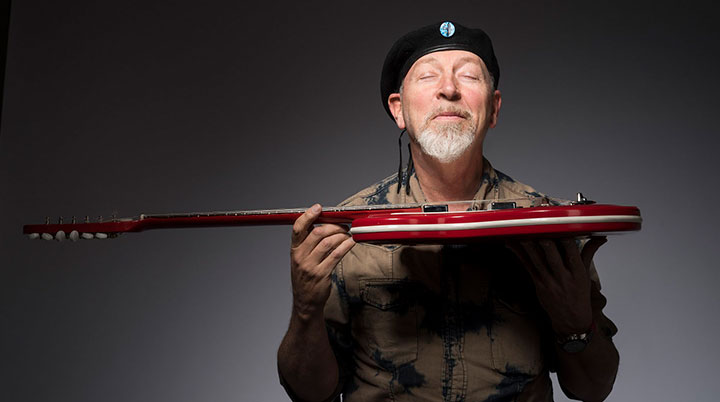 Widely regarded as one of the most talented guitarists of his generation, Thompson will close the four-day event on Sunday August 5 with his electric trio. He has been described by the Los Angeles Times as the “finest rock songwriter since Dylan and the best electric guitarist since Hendrix” winning the prestigious Ivor Novello award in 2011 and earning an OBE. Equally adept on both electric and acoustic guitars, the founding member of Fairport Convention has been included in Rolling Stone Magazine’s top 20 guitarists of all-time.

Organiser Peter Chegwyn said: “We are delighted Richard Thompson has agreed to headline. He is one of the most iconic musicians on the scene and someone who is regularly requested by our fans. “His unique style and wide catalogue of songs will provide the perfect end to what we are sure will be another very successful event.”

Other headliners include folk favourites Show of Hands, chart-toppers Squeeze and the ever-popular Steve Harley and Cockney Rebel. Chegwyn added: “Once again we have a very strong folk line-up as well as a mix of other top artists. We try to provide something for everyone but never forget the folk roots which have made this one of the most popular festivals around.

“We have four stages so we can showcase folk musicians across the range from newcomers to established names like Kate Rusby, Martyn Joseph, Tom Robinson, Richard Thompson and many more. We will also be having a late-night comedy stage again this year plus our usual range of craft stalls and top quality food and drink outlets. There are plenty of free activities for children which all contribute to our unique family-friendly atmosphere which ensures people come back to us year after year.”

Weekend tickets are currently on sale at £140 with Under 16’s admitted half price and Under 10’s gaining free admission. A weekend camping pass is £30 and parking is free. Day tickets will be available. See www.wickhamfestival.co.uk for more details.