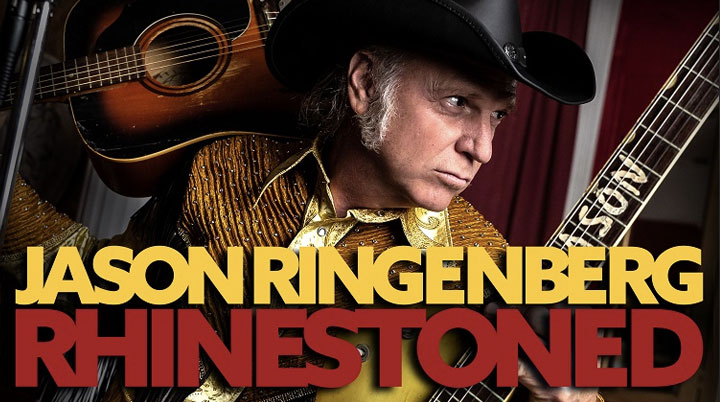 Born out of circumstances – a self-determined recording hiatus prior to the pandemic and a rush of inspiration once the pandemic set in, Jason Ringenberg’s “Rhinestoned” has now entered the world. Laced with different topics, covers and originals, the themes of “old souls and ghosts” in Jason’s words, permeate the album.

Mostly recorded with multi-instrumentalist George Bradfute, Steve Ebe, Fats Kaplin & Kristy Rose, as well as Jason’s daughters on harmonies and some piano, the album was created with never more than four people in the studio at one time.

Sound-wise, it’s classic Ringenberg twang from the off – “Before Love And War” poses the question of what came before those two extremes and is the only song I know that contains the word “Obsidian!” “The Freedom Rides Weren’t Free” addresses the topic of the historical activists in a Tom Petty type arrangement, overlaid with the familiar Ringenberg vocal tones. “Nashville Without Rhinestones” deals with the all too relevant issue of the way in which Music City is being turned over to developers at the expense of music and musical history – since writing this, the issue over the future of the Exit In club has made this song all the more darkly appropriate. 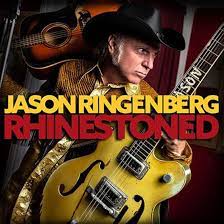 “The Storms Are On The Ocean” is very much English folk song singalong in style and features Kristi Rose on lead and harmony vocals, acting as a Maddy Prior to Jason’s Nic Jones. “Christ The Lord Is Risen Again” is an odd choice to these ears – context is important in the listener – and while it may resonate of gospel tents and old time religion to a Stateside listener, in the UK, this song will mainly recall primary school hymn practice led by a blue rinse music teacher at an out of tune upright piano. I’m afraid I‘ll be skipping this one.

“I Rode With Crazy Horse” brings things back on a more even keel with this tale of an old Lakota/Oglala legend driven by banjo and raucous but dynamic rhythm guitar. “My Highway Songs” moves into early Mavericks territory in terms of its backing, whereas “Time warp” is an Ozark Mountain Daredevils cover that has absolutely nothing in common with the other song of the same name favoured by wedding DJs! This is followed with a straight boogie version of Hank Williams Snr’s “You Win Again” – it doesn’t match Jerry Lee Lewis’ cover (nothing does) but it’s sure to be a live favourite.

Subject wise, this is quite a diverse album with a pleasingly musical twang quota that has an immediacy that will translate well into a live setting. Decent grist.