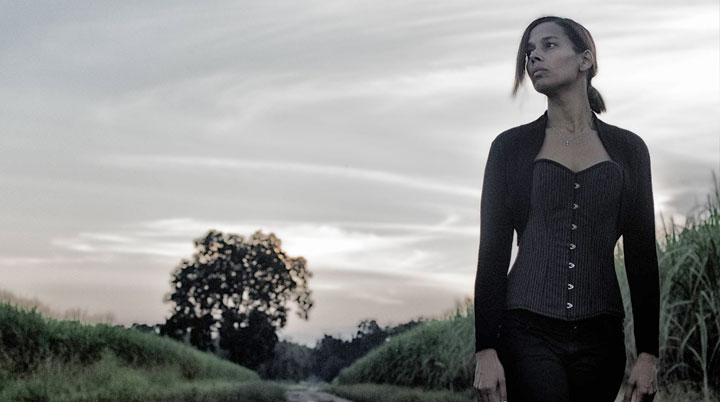 Cambridge Folk Festival is delighted to announce the names picked by this year’s Guest Curator, Rhiannon Giddens. The highly acclaimed Americana pioneer has chosen an eclectic collection of talent from both sides of the Atlantic to perform at the Festival this year.

Peggy Seeger, Kaia Kater, Birds of Chicago, Amythyst Kiah and Yola Carter will be introduced by Rhiannon before each takes to the stage throughout the weekend to wow the Cambridge crowds.’

Rhiannon Giddens commented:
“When I was asked ‘Do you want to curate the Cambridge Folk Festival?’, I remember being immediately interested. I didn’t really know what curating was at the time, but I loved the Festival so much I thought anything that would have me coming back is a really good thing. Then I found out I’d get to be there the whole time, I never get to do that! Usually I perform my set and am out the next day, so to have an opportunity to actually be somewhere for four days. I wanted to experience the whole thing, it’s irresistible.”

American folk singer Peggy Seeger needs no introduction. The legendary artist will be showcasing a long and varied career with her appearance at Cambridge Folk Festival. From her solo albums, recording and touring with her family including her late half-brother Pete Seeger, to song writing with her late husband Ewan MacColl, Peggy is arguably the most powerful woman in folk.

Homegrown Americana singer-songwriter and force of nature, Yola Carter brings together her diverse influences of 60’s country, Stax-era soul and gospel. After 15 years as a writer, producer and featured vocalist with dance and pop artists such as Massive Attack, Duke Dumont, Katy Perry and Chase & Status, she embarked on the latest chapter of her career as a solo Americana artist at the start of 2016, rapidly attracting critical acclaim. She was awarded ‘UK Artist of the Year’ at the AMA UK Awards last year.

One of the youngest performers in the Canadian old-time and folk communities, 22 year-old Kaia Kater proves that banjos aren’t just for hillbillies as she takes the instrument to new heights. She plays the banjo, dances, sings and has her own unique take on Appalachian and Canadian folk music. Kaia is a diverse traditionalist, having quickly gained attention as one of the most promising young performers in the North American folk world.

Since teaming up as Birds of Chicago in 2012, Allison Russell and JT Nero have developed a fervent following thanks to their dedicated touring schedule. Performing around 200 nights a year with their “near-perfect Americana”, they tap into a world of Americana, Roots and Rock n’ Roll Poetry sure to be a hit with the Cambridge audience this summer.

Artists announced for this years festival are:

Cambridge Folk Festival is one of the longest running and prestigious folk festivals in the world. Held each year since 1965, the Festival is renowned for its unique atmosphere and eclectic mix of music. It attracts legendary traditional folk artists along with cutting edge contemporary acts, the finest American country, blues and roots artists and acclaimed singer songwriters.