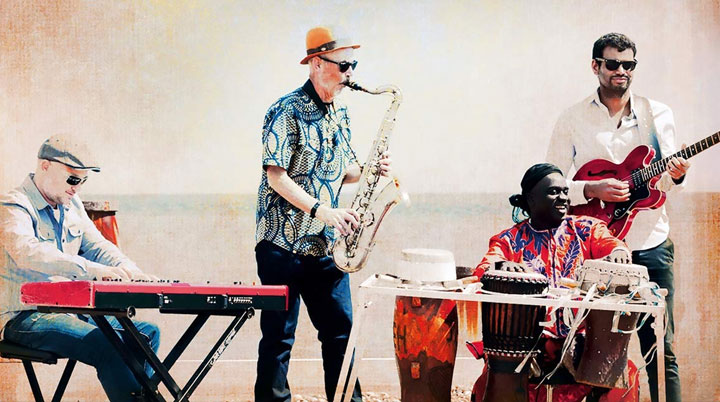 Welcome to our review round up by Simon Jones of other releases received and duly considered, November 2019:

Subtitled‘The Best Of,’ it’s hard to credit it that ten years have passed since Bella Hardy debuted, winning a pile of gongs and awards since, perhaps a decade is a decent enough point to look back over. ‘Postcards and Pocketbooks,’ does just that splendidly across two CDs, that’s 27 tracks in all, some rare or reset – that gives the completists a reason to buy as well as those playing catch up. Her most well-known is here ‘Three Black Feathers,’ covered by many but most effectively Jim Moray who added an extra chill with electronics, it’s a new guise, whilst her questing spirit is reflected by the selections from her recent ‘Hey Sammy,’ ‘Learning To Let Go,’ with fantastic rubbery bass and funky percussion, folk pop of a high standard. The proverbial much more too.

Southcoast based percussionist Mboob returns to his roots with a clutch of jazz and rock musos to record fusion with Gambian artists and a brief to capture an atmosphere and vibe. What resulted is a party flecked with African ethnicity and loads of heft and groove, if you’re a fan of Afro rock this’ll more than float your boat. Where they allow both sets of influences room to stretch and breathe as on the nearly nine minutes of ‘Yarabi,’ is where the best comes to the surface. Really though it’s sunshine all through the forty five minutes running time.

On my shelf sit a clutch of Bruce Cockburn albums, they contain music which marks a musician who should be far more widely appreciated than he is. Cockburn is one of the most adaptable and talented guitarist writers around, encompassing folk, rock and jazz styles, his protest/environmental creations include the wonderful ‘Tibetan Side Of Town,’ ‘ If I Had A Rocket Launcher,’ ‘ If A Tree Falls In The Forest,’ all homes should own. Lecture over! ‘Crowing Ignites,’ is an all instrumental effort which showcases some wondrous string picking and rhythm strumming. Recorded in a makeshift studio with long-time oppo Colin Linden, whose production sounds a s clear as a bell showcasing the different facets of Cockburn’s musical DNA from Celtic roots, ‘Pibroch: The Wind In The Valley,’ to Tibetan ethnic instrumentation with ‘Bells Of Gethsemane.’ There’s just no holding the guy, it’s a breezy journey through 40 years of influence. The older he gets the better.

The Lost Arc –The Achievers

Dance floor gospel says the press blurb, hmmm…. touted as the next crest to a blues wave of talent, The Achievers hail from Gloucestershire and are to be honest pretty darned funky. They’re also quirky, individual, owing very little to any. What they’ve got is firstly catchiness, they play their tunes with the same intention as the most decent pop music and that’s to make the listener feel happy. Secondly they play like a band and not a bunch of individuals or a star with backing musicians, they each have a job to do they give each other the space and respect to do what they have to do. Thirdly, the gospel may help here, they have harmony and can sing, be that an age old folk song or a soulful ballad or even a hymnal. Put all that together it’s obvious that you’re going to come out with an album that makes you grin like a Cheshire Cat, want to hoof around the lounge, kitchen…fill in your favourite room here… above all feel brim full of delight. There’s no fat here, the album zips past in a fast half hour, its pace never lets up, after a debut album that was live ‘ The Lost Arc,’ was equally sparse in recording, two days for ten tracks. ‘Ever Lovin’ Mess,’ is the most recognisable blues form, whilst ‘See Me Back To Jesus,’ is a funk strut. You just know this band are having fun playing their music and it’s impossible to not have fun if you’re within the sound of their breezy, goodtime roots rock. Brothers, Sisters, go forth and seek them out.

The Woman And Her Words. Hannah James & The Jig Doll Ensemble

This is the sound of a young artist finding her own niche and growing in maturity, if that sounds a bit fancy and high-brow you need to listen to TWAHW and consider awhile. Her own words and reasoning are clear as they’re reproduced across the inside of the fold out sleeve. Recorded in Hungary by a pan European group of musicians, the music here is as varied as the subject matter troubling Hannah James herself and channelled through the imaginary character of the CD title. That woman is given vivid reality on the cover by puppeteer Katarina Cakova, worried eyes and care worn lines mark a face that is disturbed by what it sees,be that intolerance, over reaction, environmental madness yet balanced with the slight trace of a smile to show where hope is raised through the anti-gun lobby and recent environmental protests. Hannah James began in traditional circles but here uses that experience to create a body of work which pays due attention to roots but at the same time is thoroughly soaked in relevance to the present. That’s a balance few achieve, closer ‘ Shield’s Time,’ is a three minute summation of intent and performance and all the more powerful for the intensity and variety it displays. Quite something.