Return Of The Crop! 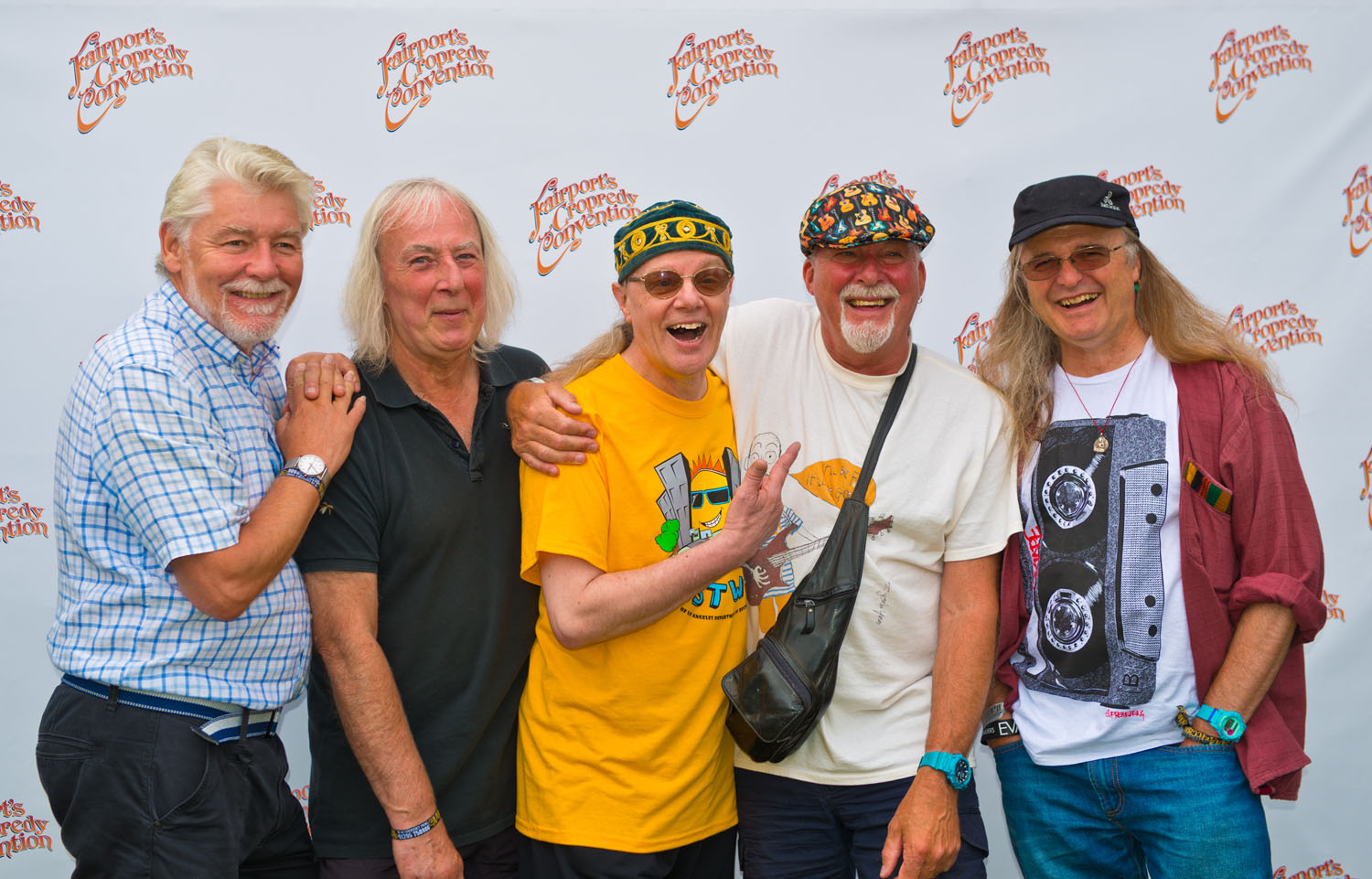 The three-day family-friendly festival was last staged in 2019. Now after two postponements due to Covid-19, the event is back bigger, better and brighter than ever.

Renowned as Oxfordshire’s biggest and best celebration of multi-genre music, the event will be staged on Thursday 11, Friday 12 and Saturday 13 August on its traditional farmland site on the outskirts of Cropredy village.

Tickets are on sale from Fairport Convention’s website:
www.fairportconvention.com/tickets

Host band Fairport Convention will open the festival with a short acoustic performance then take the stage again on Saturday to play the headline closing set.

Cropredy favourites Edward II play a fusion of world music, folk and reggae blending the rhythms of the Caribbean with traditional British songs.

Multi-award winning Clannad has arguably done more than any other band to bring Irish music to a worldwide audience.

Trevor is one of the most influential producers in popular music and has worked with Frankie Goes To Hollywood, Grace Jones, Pet Shop Boys, Seal and Robbie Williams among many others.

Cropredy will present a set by singer-songwriter Maddie, winner of the 2019 BBC Radio 2 Young Folk Award.

A Cropredy debut for this acclaimed Australian singer-songwriter and multi-instrumentalist whose repertoire encompasses Americana, country and folk.

Co-fronted by John Tams and John Kirkpatrick, Home Service is one of the UK’s best-loved folkrock groups.

Legendary Welsh singer/songwriter Martyn returns to Cropredy with his compelling and passionate music, spellbinding voice and songs of lyrical intelligence.

The Slambovian Circus of Dreams

Indie folkrockers Turin Brakes are making their first appearance at Cropredy. They have seven studio albums and a million record sales to their credit.

One of Britain’s most accomplished and celebrated guitarists returns to Cropredy. Steve draws on influences as diverse as jazz, world and blues to recreate the unique sound of prog-rock legends Genesis.

Mercury nominee Seth will get the day off to a flying start with material from his new studio album Make Your Mark.

Fronted by vocalist Ruth Patterson, this Newcastle sextet mixes British folk with sizeable dollops of rock’n’soul, indie, balladeering and a touch of psychedelia.

This comedy folk and parody band from Barnsley completely stole the show when they played Cropredy in 2018 and they are back by popular demand.

Rosalie is an English singer/songwriter with a distinct style who has appeared on Later with Jools Holland and supported Jack White’s UK tour.

Fairport co-founder, guitar legend and acclaimed songwriter Richard will play a full solo set. He will also perform with his erstwhile bandmates in their closing set.

Saturday’s traditional extended headline set from Fairport will include the band’s 1970 line-up playing the whole of Full House in album order plus the current line-up performing a wealth of material old and new.