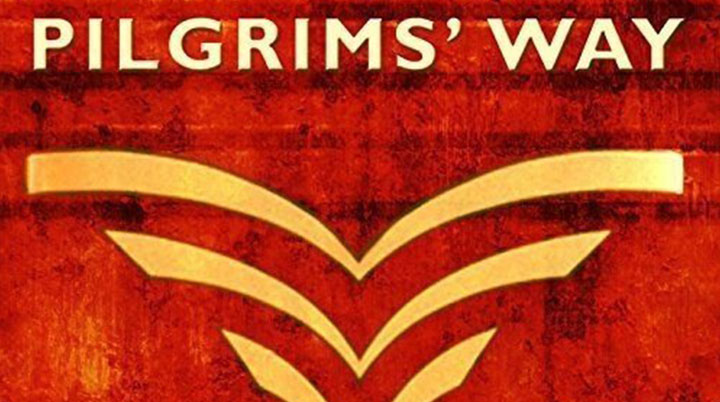 Red Diesel, isn’t that the stuff farmers use to power up tractors? Not as refined as some fuels if I understand correctly. If that’s the case there couldn’t be a more apt title for Pilgrims’ Way and their second album – somewhat overdue. Powerful, rough round the edges, like tractors large and made to go off road.  I’m fond of this crew for the fact that nominated for the Folk Awards at the Lowry in Salford, they decided to arrive in style by narrow boat. However the Awards being in February the barge got frozen in ice on the canal and so they ended up walking to the ceremony. That and the fact they’re from Stockport, well ish, besides they look northern, flat caps, beards and braces.

Red Diesel does push them on in no uncertain manner, it’s a brawling Saturday night type of a record, if it drank it’d order pints, if it ate it’d consume pies. Whilst their debut was remarkable enough this time they’ve added previous guest Jon Loomes to the line-up and gone somewhat electric. In places this sounds like Please To See The King meeting Green Onions and no I’m not joking.

Between the four of them they play a lengthy roll call of instruments count amongst them   ‘slightly distorted electric guitars,’ and associates add honking brass stabs.  How can you not like such a band? The arrangements are at times quite angular, unusual, ranging from straightforward as in Rout Of The Blues, to spaced out Howden Town which goes on a long chase with a hare. Elsewhere they adapt Les Barker’s bittersweet Maybe Then I’ll Be A Rose as melodic regret, retitle an old Incredible String Band tune and turn Chinese White inside out before totally refitting Paul Simon’s Boy In The Bubble as ye olde folk tradition. Some chops these people have got then. They’ve produced themselves along with the tongue in cheek Forbes Legato and licenced the whole shooting match to Fellside through Talking Cat Records. Proving beyond doubt have a sense of humour as well it only remains to be seen how much instrumentation they can cram into the van and what turns up at a gig. Lucy Wright’s vocal alone is worth driving miles to hear.  If the north is going to rise again or become, what is it a powerhouse? I want Pilgrim’s Way in on the soundtrack. Pretty nifty!