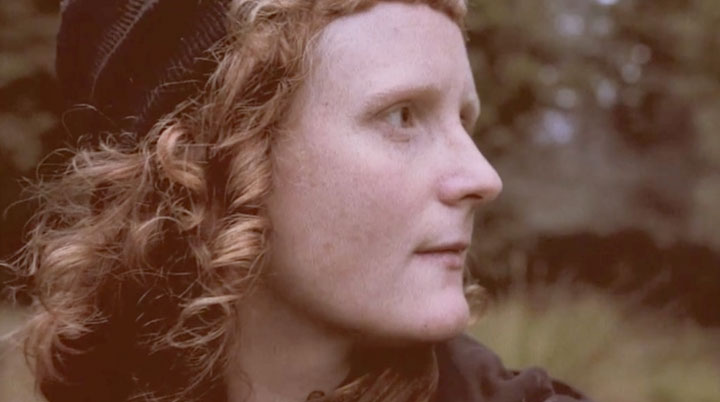 “Her songs go straight to your heart,” reports Jenny Ritter’s website. If by direct they mean straightforward then, I agree. However there are more layers to Raised By Wolves than just mere style. A lot of the appeal is in the arrangements which begin to instill a back porch, acoustic sensibility until the drums signal their beat with a four square bash, Ritter ups her vocal by a gear or two and heads off into an Americana pop hinterland. The Gruff were Ritter’s countryish rock band before her solo debut Bright Mainland garnered her a whole bunch of plaudits, now Raised By Wolves should if there’s justice continue her trajectory with its mix of direct, unadorned songs, the balance of acoustic and electric elements with down home and up town tunes.

A bunch of compositions hide their perspective well, could be personal, maybe not – hell of a lot of pronouns used in the first person and present tense. Equally there’s a lot of over the shoulder, past tense, “ Look to the East and you’ll find me there, Look to the West, it’s the same,” she trills on Remember The Life. And you’re left with two feelings, one speaking up close and right between  your eyes, here have this, the other a whisper in your ear at sunset – come find me, let’s play. Just who is Jenny Ritter? A riddle inside an enigma. Seek and you shall find. But not a lot about wolves after all that. Out on the Fiddlehead imprint.