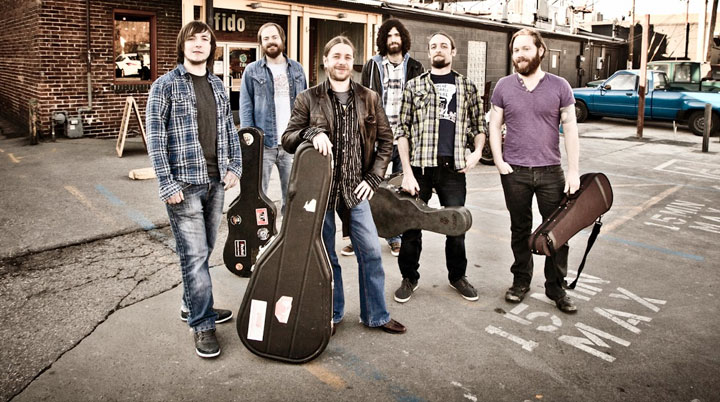 Irish Americana-bluegrass sextet Rackhouse Pilfer announce extensive UK tour from March 11-April 2, opening with a show at this year’s Country to Country Festival at London’s 02 Arena. Performing songs from their acclaimed 2014 album Love and Havoc, they’ll also be previewing material from their eagerly anticipated third album, due for release in the summer.

Awarded ‘Live Band of the Year’ by Hot Press soon after releasing their second album Love and Havoc, they’ve become festival favourites across Europe, receiving rave reviews for their energetic live shows, harmony-vocals & original songs. In 2015 they were hand-picked by legendary producer Ethan Johns, to work with Tom Jones on his Long Lost Suitcase album.

Formed in 2012 by the fireside of McGarrigles bar in Sligo, they released their debut album in 2013, before heading to Nashville in 2014 to record second album Love and Havoc with esteemed producer Brad Jones (Steve Earle, John Prine, Josh Rouse, Hayes Carll).