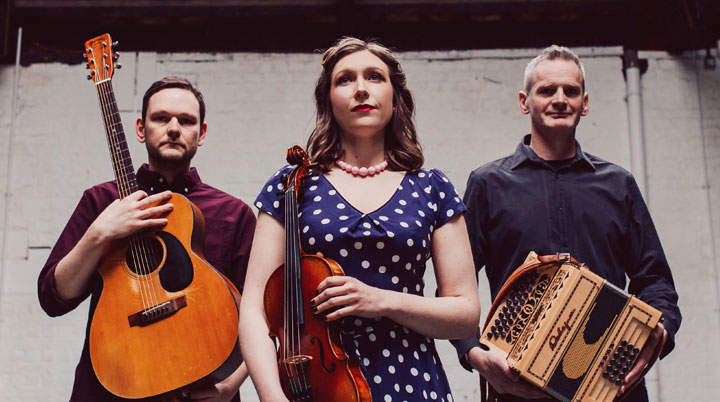 Singer, cellist, fiddle and viola player Rachael McShane hails from the North East. She is best known as an original member of folk big-band Bellowhead. All that, however, may be about to change with the release of her distinctive and captivating, brand new album ‘When All Is Still’ (Topic Records) on 10th August 2018.

It is her first solo album since ‘No Man’s Fool’ in 2009 and finds her reworking traditional songs in an innovative way with an exciting new band, The Cartographers, featuring electric and acoustic guitarist Matthew Ord (Assembly Lane) and melodeon player Julian Sutton (Kathryn Tickell, Sting).

Not that she’s completely left the Bellowhead world behind her, as, amongst the featured special guests, there are former Bellowhead bandmates Paul Sartin (oboe), Andy Mellon (trumpet), Justin Thurgur (trombone) and Ed Neuhauser (tuba), in addition to a host of other outstanding musicians.

(As an original member of Bellowhead, Rachael McShane toured internationally with the band as well as making several TV appearances with them. Bellowhead recorded 5 studio albums, and won a total of 8 BBC Folk Awards in their 12 years together. She has more recently been singing the role of Susannah Holmes in a critically acclaimed adaptation of ‘The Transports’ alongside a stellar cast including The Young’uns, Faustus, Nancy Kerr & Greg Russell.)

On ‘When All Is Still, “there is definitely an element of mischief”, says Rachael. “The songs capture aspects of human life that happen in the quiet moments when nobody is looking”. There is adultery (‘Barley And Rye’), sibling rivalry (‘Two Sisters’), murder (‘Lady Isabel’), incest (‘Sheath And Knife’), female highwaymen (‘Sylvie’), the joys of staying in bed until noon (‘Green Broom’) and rebellion (‘Cropper Lads’) to be found in these songs, as well as romance (‘Ploughman Lads’) and humour. (Rachael’s fascinating, informative and witty song notes are further below in full.)

On the new recordings, the singing and playing really does sparkle. From the first bars of ‘The Molecatcher’ to the closing notes of ‘Green Broom’, this is a refreshing take on trad folk, delivered with love, respect and energy. The sets of tunes ‘Waltzing at Giggleswick’ / ‘The Ginger Cat Monster’ and ‘Road to Tarset’ / ‘Lake of Swans’ are deftly played with skill and verve, and the arrangements throughout are striking and
inventive (in particular Ian Stephenson’s brass arrangements on ‘Green Broom’). So. Gorgeous singing, and instrumental playing and arrangements to match, are the hallmarks of ‘When All Is Still’, an album that’s destined to be among 2018’s best new sounds of folk.

(Rachael McShane & The Cartographers are a brand new signing to Topic Records, the oldest independent label in the world, on the eve of its 80th anniversary.)

‘When All Is Still’ is produced and engineered by Ian Stephenson, and was recorded in rural Northumberland between late 2017 and early 2018.

You can catch her live at the following venues: 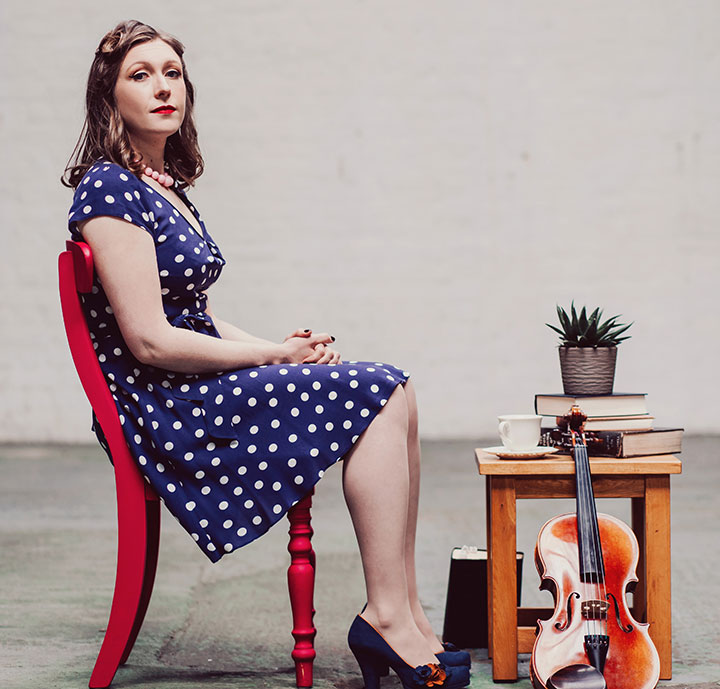