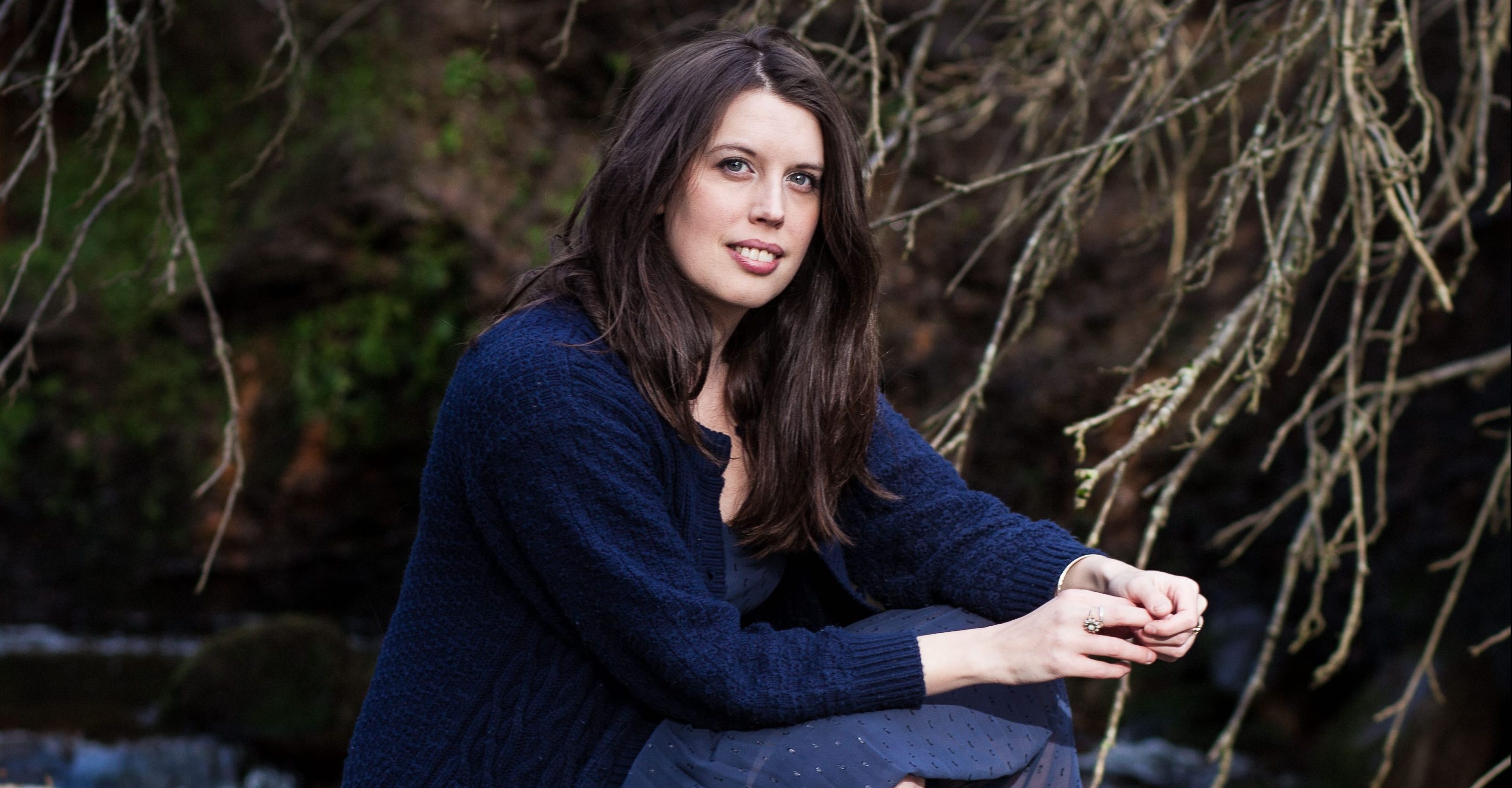 BBC Folk Singer of the Year Bella Hardy found her first home in folk music through a childhood love for ballad books. A self-taught ‘fiddle singer’, she began performing at Cambridge and Sidmouth festivals from the age of 13. Her debut album Night Visiting established her reputation as a talented songwriter when her first original composition Three Black Feathers earned a BBC Folk Award nomination. Since then, Bella has sung unaccompanied ballads at a sold-out Royal Albert Hall, taken a band of drums, brass and electronics to the National Concert Hall of Budapest, and learnt the songs of Chinese farmers during her time as British Council Musician in Residence in Yunnan Province. She’s sat on the moors of her beloved Peak District with only her fiddle for company. She spent a year in Tennessee as a ranch hand, looking after horses, fiddle-singing in the diners, and immersing herself in the music culture of Nashville. With her mesmerising voice and ability to conjure and twist stories that call straight to the heart, Bella has beguiled audiences from Canada to Japan, from Spanish bars, to Castles, to Concert Halls.

With unflinching courage, Bella has explored and blurred musical boundaries in her search for meaning. From her mastery of tradition music and the stripped back strings and concertina of her debut album Night Visiting (2007), to the electric guitar and drums in the self-penned humanist hymns and feminist battle cries of Hey Sammy (2017), via the Derbyshire ballads of The Dark Peak & The White and ancient Chinese poetry of Eternal Spring, an album of songs and poetry recorded in China. Her themes of displacement and home, lost and found love, heartache and joy, are delivered with her unique, disarming honesty, and, of course, the acclaimed crystalline voice that won her BBC Radio 2 Folk Awards Singer of the Year.

And she shared the whole extraordinary journey with you in her first nine records, in the space of just ten years.

Postcards & Pocketbooks is a double CD of her most highly treasured works, with remastered recordings of classic material and two new tracks, Tequila Moon and Sheep Crook & Black Dog. Bella will also be publishing a lyric book bringing together her original writing and reworkings of traditional material. There will be over one hundred songs in the collection

A retrospective of the uncompromising journey of celebrated folk singer & songwriter Bella Hardy Postcards and Pocketbooks is released on October 18th 2019  Bella will be touring the album along with award-winning guitarist Sam Carter, and revered pianist and sometime co-writer Tom Gibbs.

For more information and the latest news, and ticket bundles –  please visit www.bellahardy.com