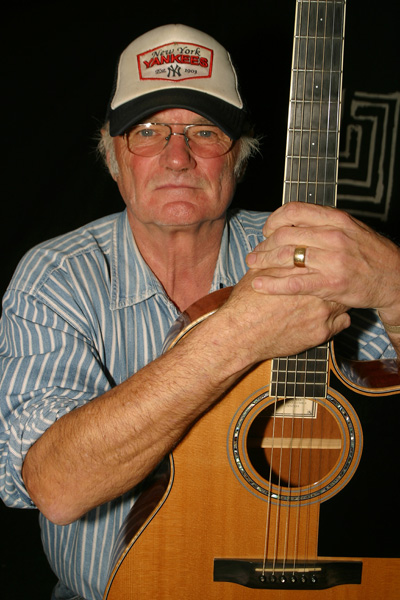 British guitar hero Michael Chapman very sadly passed away on September 10th.  His influence and impact on the wider and specialist music scene was immense and mostly unheralded. His music and his appeal crossed generations. To say he will be missed is nowhere near adequate. He was a spectacular one off. Simon Jones pens an appreciation.

“He’s like a brother to me,” Rick Kemp once told me referring to his long and fruitful association with Michael Chapman. In fact the occasion was a birthday party for Maddy Prior, there was a band on stage comprising mates of Maddy and Rick who’d backed them for a few of their then current songs before Mr. Chapman got up and began cutting loose on some tasty guitar licks as the group ran through blues, rock’n’roll and anything else which Maddy fancied jiving and bopping too. But then Maddy’s always been into dancing.

I mention this not to spotlight the twirls and skips of Miss Prior, but rather to show that in one hour Michael Chapman guitar player ran through six of seven distinct genres of music without pause, handling each one with aplomb and ease. And that tells you how far too simplistic it is to think of him only in terms of folk music, a trend encouraged by the music press with a ‘put them in a box,’ mentality and record labels who think too straight. Michael Chapman was never going to be defined by any one style, he was that all too rare musician who labels alone could never describe adequately, no matter how many you tried to hang on him. Michael Chapman, loved listening to, writing and playing music and that’s what mattered.

“I can’t describe what I do really,” he confided in his last interview with me a couple of years ago, “I sing, play guitar and write my own songs.” It was a great answer and summed up a life of distinctive creation which had begun back in the early 60s when he’d played with jazz bands in Leeds, near his hometown of Hunslet, however it was when he hit the road Kerouac style leaving behind teaching career and responsibility, eventually fetching up in Cornwall on a rainy evening at a pub which happened to be putting on a folk concert that his future was sealed. That club was The Count House and it was the centre of a thriving contemporary folk scene in the county, offering to play instead of paying for entrance Mr. Chapman and guitar delivered some country, blues and jazz, soon becoming a Cornish fixture alongside the likes of Donovan, Ralph McTell, Wizz Jones, Pete Stanley and others. In a flourishing slipstream they mixed acoustic music and Chapman returned time and again until the decade’s end. (Further exploration of his Cornish adventures are encouraged being detailed in ‘Folk in Cornwall,’ by Rupert White.) 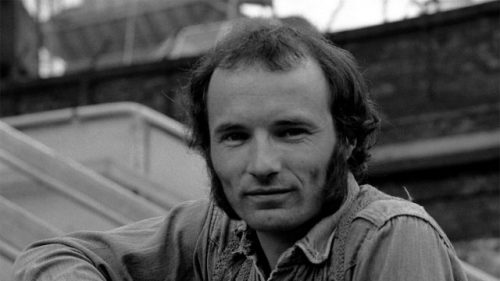 By that time he’d signed with hip label Harvest and delivered ‘Rainmaker,’ his debut album. Producer Gus Dudgeon handled his early records and for live work Chapman had a band which included, Mick Ronson on guitar, Rick Kemp on bass and Keef Hartley on drums. Ronson was soon to be poached by a certain David Bowie who turned him into a Spider From Mars but not before he had contributed to M.C.’s most significant waxing ‘Fully Qualified Survivor,’ alongside Kemp. The album features one of his best known compositions ‘Postcards Of Scarborough,’ five minutes of reflection, regret and sweeping strings, so very English in its form and delivery. Rick Kemp departed after the Memphis inspired ‘Wrecked Again,’ to join Steeleye Span and electrify the tradition. Chapman meanwhile switched labels to Decca releasing further wonders such as ‘Millstone Grit,’ ‘Deal Gone Down,’ and ‘The Man Who Hated Mornings,’ these displayed widening atmospheres, the introduction of darker elements and idiosyncrasies all of which added to his appeal as a cult musician touring the UK and across Europe, championed on the airwaves by John Peel. ‘Northern Lights,’ from ‘The Man Who Hated Mornings,’ was a brave tilt at the mainstream, a rocky, tight beat and folksy melodic picking in the mid-section. The album also contained a rare cover from the stock of Dylan, as well as Pete Wingfield’s keyboards. It showed Chapman’s continuing diversity. An individual path he continued to follow as he signed with Criminal Records and increasingly an array of smaller labels.

“Things got a bit blurry and hazy in the 80s, I suppose you could say they were off beam,” he considered when I asked him about a period which saw him bizarrely issue a guitar tutor album and a stab at New Age Music in ‘Heartbeat.’ He did however cut a reunion record with Rick Kemp, stripped back to just voice, guitar and bass  the contents showed the class of his earlier material which still shone. On the wilfully obscure Belgian Konexion label, it wasn’t even issued in Great Britain and ‘Original Owners,’ remains lost.

He never stopped playing though, content to fill a theatre, an arts centre or even a local village hall, he returned to folk clubs and packed many small venues with tales of the road and an increasing amount of instrumental work. By now he’d issued or had issued close to thirty records and alongside the singer songwriter offerings he began to put out CDs of melodies and tunes some of which referenced his travels to America, ‘Americana,’ sort of gave the game away. All the while he was comfortable in his role as an elder statesman of roots music and an increasing number of younger guitar musicians and writers began to name him as an influence and tip their hat. Some like Thurston Moore from Sonic Youth even began to work with him. In 2012 a tribute album ‘Oh Michael Look What You’ve Done,’ turned up on Tompkins Square with contributions from old friends like Maddy Prior, Rick Kemp, Bridget St. John (with whom he often toured and played) alongside young Bucks Moore, Lucinda Wlliams and Hiss Golden Messenger.

Increasingly popular in the USA, he began to tour there regularly throughout the new century and it was here he crossed paths with Steve Gunn who was part of Hiss Golden Messenger and had also played with Kurt Vile. Always a devotee Gunn produced Chapman’s last studio record, ‘True North,’ which topped both the Americana and Indie charts with a small crew of six featuring old friend St. John and the ubiquitous pedal steel of B.J. Cole. Visit his discography and you’ll also find a horde of archive, live, repackaged and reissued works; indie label Light In The Attic reactivated all his Harvest material on both CD and heavyweight vinyl. He was at last getting the respect and merit he deserved. But for all that he never lost his roots and remained a northerner to the last, he was down to earth and never gave a hoot about more commercial concerns. In his trade mark cap and with an acoustic guitar he’d played away over half a century as a professional artist and he’d look back on it with a wry smile.

“You know that Frank Sinatra song? ‘I Did it My Way.’ Well I always have done and I haven’t done so badly.”

No argument there. Michael Chapman was a musician and a character. He deserves a detailed biography, his story is absorbing. They don’t make them like him anymore. He was a fully qualified survivor.