Picking up the Pieces – The Changing Room 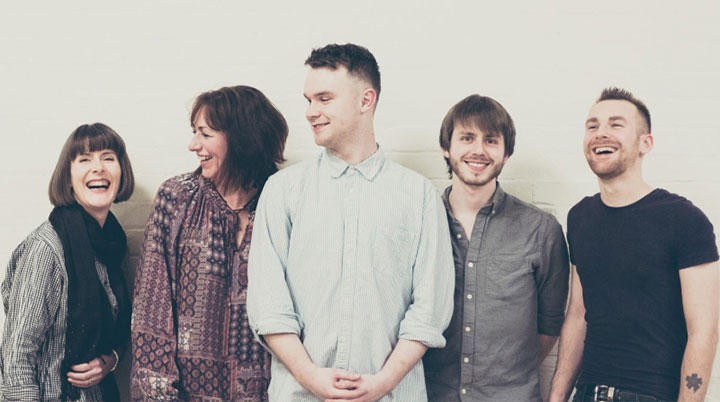 ‘Picking up the Pieces’ is the second album from Cornish-based folk collective The Changing Room, led by Sam Kelly and Tanya Brittain, with Cornish musicians Jamie Francis, Evan Carson and Morrigan Palmer Brown. They are joined by John McCusker for several of the tracks and Belinda O’Hooley for Brittain’s lament for young men lost in war, the poignant ‘We Will Remember Them’

Kelly and Brittain are the main song writers, but the album is rich with contributions from others including Boo Hewerdine and Geoff Lakeman. Included too are two tracks in the Cornish language (‘Gwrello Glaw’ by Brittain and the traditonal ‘Delyow Sevi’ with music by Kelly). The highlight for me is ‘Zephaniah Job’ written by Brittain and Kelly, the rollicking story of a smuggler’s banker, designed to stay in your head for days at a time.
Picking up the Pieces is a great and energetic celebration of Cornish folk music – humorous, well-crafted and genuine with humour and sincerity in equal measure. A lovely album.
Claire Rakich
www.thechangingroommusic.com