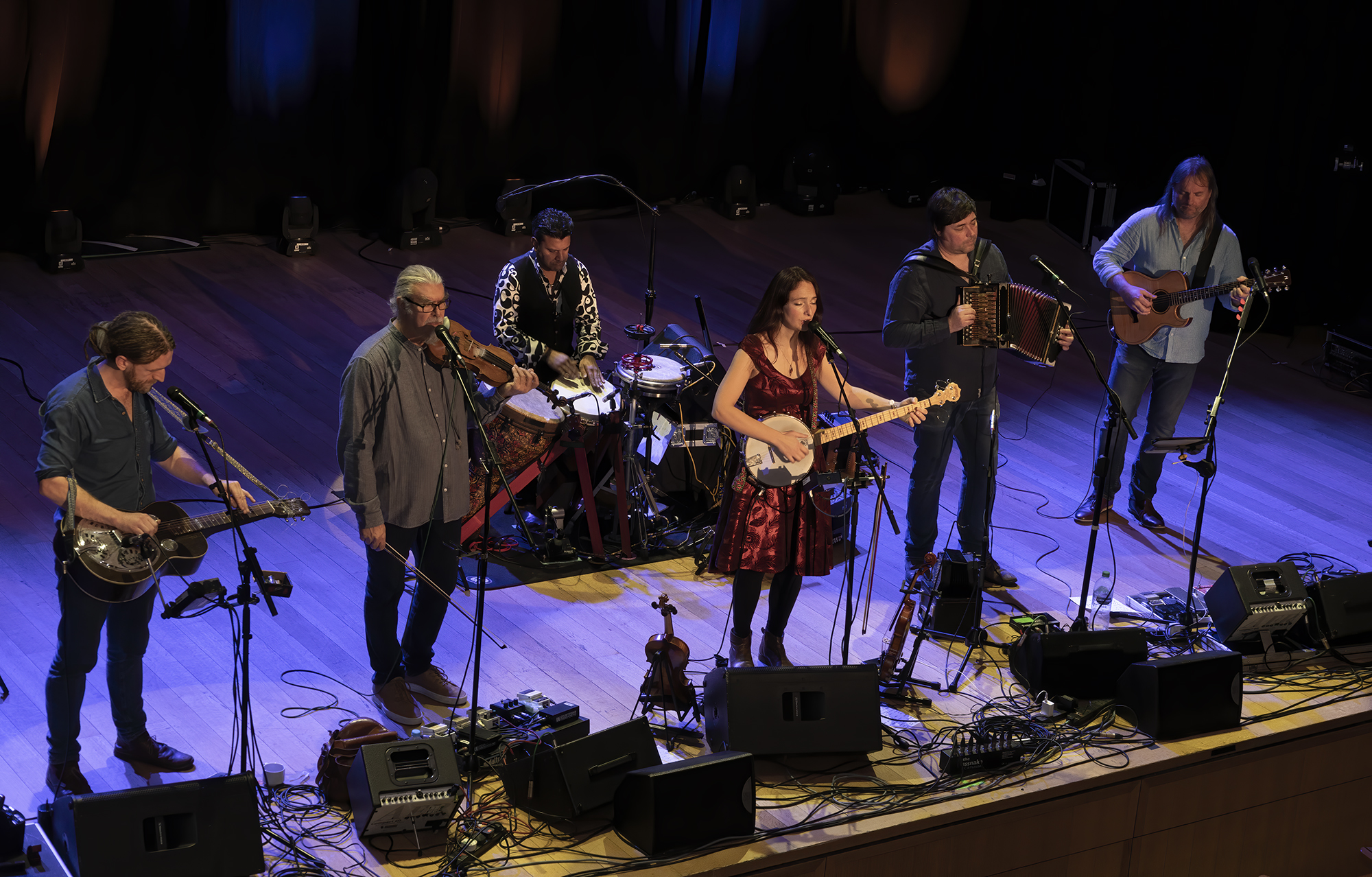 Peter Knight’s Gigspanner are a unique force in British folk music. Their high-energy, virtuosic performances appeal equally to traditionalists and to those looking for something more experimental, and they have garnered praise from publications as varied as fRoots, The Telegraph and The Wire, where they were described as ‘melodically folk-rooted yet open and innovative beyond the constraints of genre.’

Characterised by riotous inventiveness, technically gifted individual playing and subtle collaborative interaction, their first tour together was captured wonderfully on their 2017 album ‘Live‘.

Now, after a fortuitous meeting at the FolkEast Festival, Knight has enlisted the considerable talents of melodeon and concertina player John Spiers, something of a folk superstar in his own right. In Knight’s words, “John is an extraordinary musician… a great and sensitive player”. Knight’s excitement at the new venture is evident, and it says much about the nature of his musical outlook that, after half a century of innovation, he is still as willing as ever to move in bold new directions.

As collaborations go, it doesn’t get much more mouth-watering than this. While Knight, as part of Steeleye Span’s classic 1970s line-up, helped invent a brand of folk rock that is still influential today, Spiers, a founder-member of Bellowhead, has had an equally profound impact on the landscape of traditional music over the last two decades.

Taking self-penned material along with music rooted in the British Isles and beyond, with the flick of a bow, a finely chosen chord or slip of a beat, they produce richly atmospheric arrangements layered within a wealth of subliminal musical influences  “with notes seemingly plucked from the stars and rhythms from the equator” as our esteemed Editor in Chief most eloquently described them.

Here is them performing ‘Courting a Pleasure’ at Southwell recently:

You can see them for yourselves …for as I type,  they are all gathering to perform a run of live dates ?!