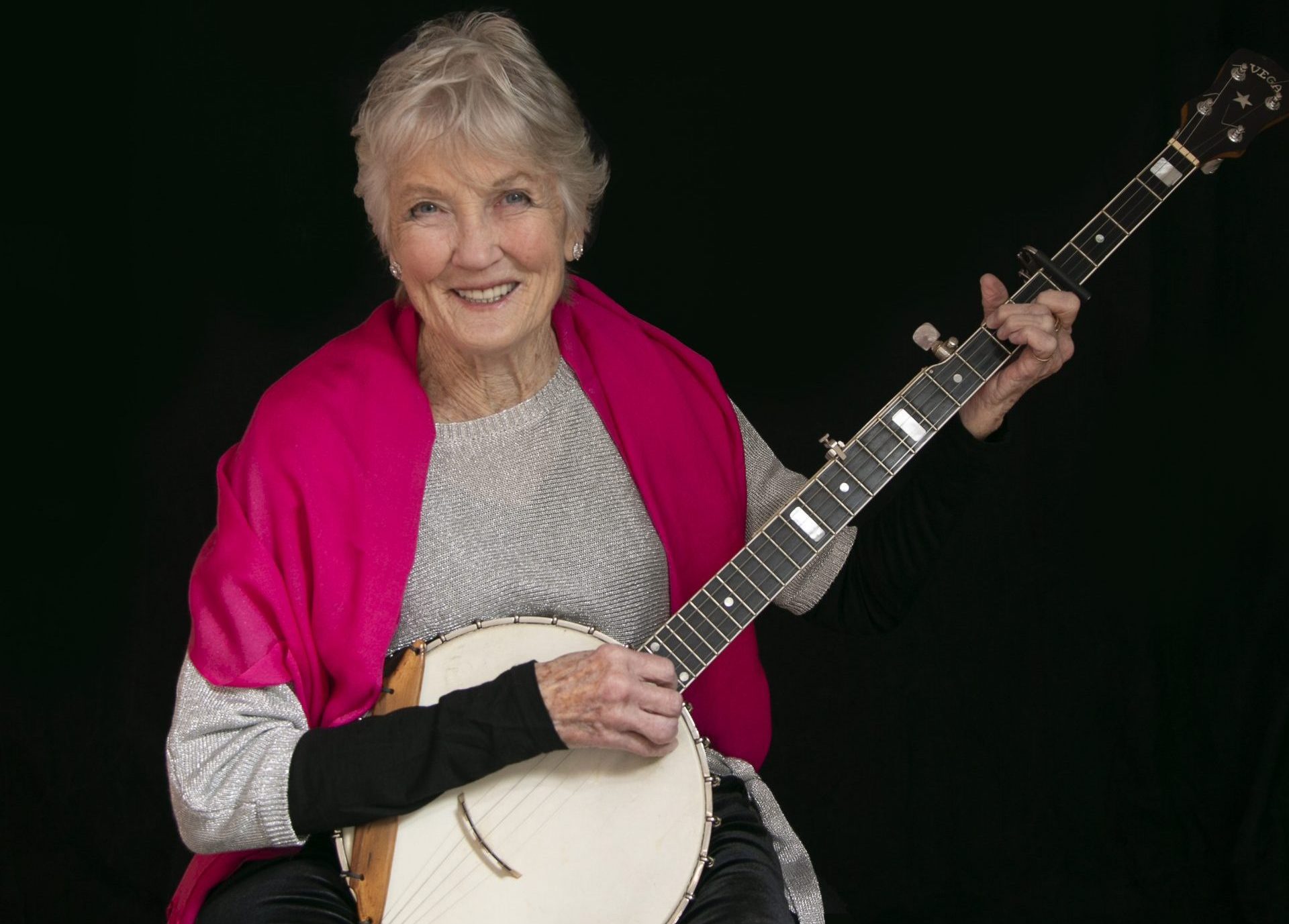 Covering the UK from top to bottom and left to right, she’ll perform with her son Calum MacColl, a gifted professional musician in his own right and producer of many of her albums, including ‘First Farewell’. The tour will take in not only arts centres, theatres and civic halls but also a couple of tiny village halls and a performance in a launderette!

Peggy Seeger is a totally unique artist who has carved a special place in the folk revival of both the UK and the USA. Now in hermid-80s, her light burns as brightly as ever, still touring her legendary live performances that might include an unaccompanied traditional ballad, followed by an anecdote from her remarkable life, before launching into a topical song about drugs, war, hormones, politicians, unions, women, love or ecology.

A multi-instrumentalist (piano, guitar, 5-string banjo, autoharp, English concertina and Appalachian dulcimer), she is lauded for her feminist and political songs. She has made 24 solo recordings and participated in over a hundred more. Her 2021 album ‘First Farewell’ is a collection of 11 new songs written and recorded with family members.

As Ewan MacColl’s partner and muse, she was the inspiration for MacColl’s classic ‘The First Time Ever I Saw Your Face’ (the title of her much-praised memoir) yet this is a woman who has consistently followed her own path with passion and vigour.

Peggy, now 86, says: “First Farewell is an odd title for a CD or a tour, but it looks both forward and back as I have tried to do in my life. I have toured all over the globe since I was twenty and it is always a delight, a new adventure. I am an activist, an advocate, a left-winger, an eco-feminist, a singer of traditional and topical songs, trying to speak in my own way for my own time. This may be the last time, but then again it may not ….”

Peggy has 26 solo albums (and over 100 collaborative albums) under her belt. Few artists (and even fewer female artists) can claim such an impressive catalogue of work. Her modesty would prevent her from calling herself a national treasure, but she embodies the term in cultural significance not only for her song-writing and musicianship but also in her refusal to compromise standards or beliefs.

Peggy is the recipient of multiple awards, including the Association of Independent Music (AIM) Women in Music ‘Most Inspirational Artist’, Folk Alliance International’s ‘Lifetime Achievement’ and BBC Radio 2’s Folk Awards ‘Song of the Year’.

A singer and multi-instrumentalist, she is considered to be one of North America’s finest female folksingers. A woman completely at ease in her own skin, she is funny, smart, feisty, warm and wise. She has the rare gifts of being assertive without giving offence and intelligent without making anyone feel stupid.

“Peggy Seeger may be folk royalty … but there’s still plenty of the
mischievous reprobate – not to mention the untamed rebel – about her.”
The Guardian