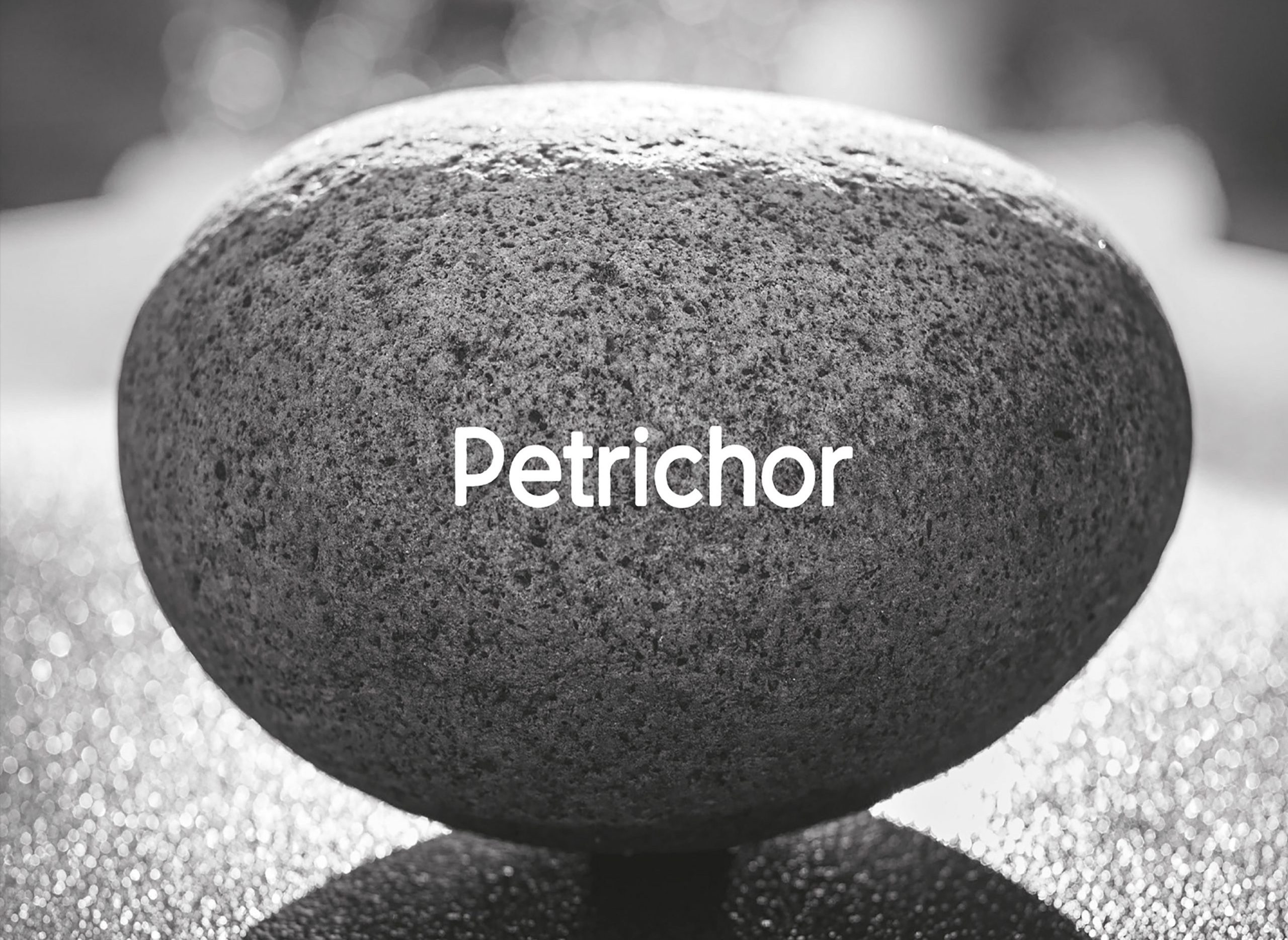 A member of the much-loved duo Belshazzar’s Feast, Paul Hutchinson has 20 years of touring in the UK,  He is regarded as one of the top accordionists in the country because of his unique, refreshing, and at times ‘classical’ approach to playing.  For Paul, the March 2020 lockdown had a silver lining, it gave him the opportunity to pause and reflect. With live performance decimated and all work commitments abruptly cancelled, he had the time and space to record an album of his own compositions. Seizing the moment Paul invited other musicians who he admired and who were similarly affected, to join him in this venture. 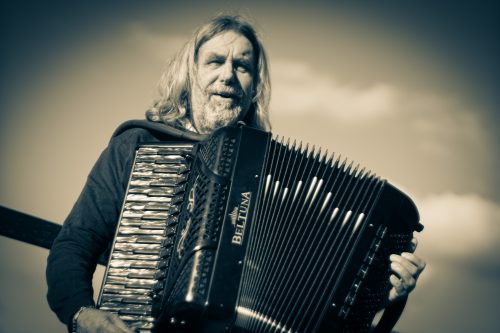 Seona Pritchard (violin/viola) arranged many of the tracks which were sent to each musician and these were recorded locally and sent back to Ed Bersey in ‘mission control’, Sylvafield Studios, where a truly team effort started to come into being.

Petrichor ‘the earthy scent produced when rain falls on dry soil. The word is constructed from Greek petra, rock/stone and īchōr the fluid that flows in the veins of the gods in Greek mythology’.

Each tune has its own beginnings and are described by Paul below to give you an insight into the inspiration for them all:

This started life as a workshop tune from The Halsway Manor Summer School. ‘Time’ was the theme for the week. 2020 was such an appropriate year to record this tune and time will tell whether it is a change for better or worse.

The Nine Bar Gate (or Lilygate)

Lily is my Romanian rescue dog, she regularly escaped the garden by climbing through or tunnelling underneath the gate. Extra bars and netting were added until it became a ‘nine bar gate’ and then she could no longer escape.

American dance composer Chris Sackett related the story of an ancestor of his, Eliza Spalding Warren who was the first American woman to be born and raised to maturity West of the Rocky mountains. Her parents were Presbyterian missionaries who travelled on what became known as the Oregon Trail. Chris and his wife Brooke have choreographed several dances to my tunes, including this one.

Shapwick is a picturesque village near Wimborne Minster, it was my home for just a few years. I think of this tune as a hymn and reflects my earlier incarnation as a church organist. Tipping Point is a more recent composition and refers to personal and global upheavals during 2019 and 2020.

In 2015 on my return by train from the Namest Folk Festival in Czech Republic, the sight of barbed wire, armed guards and dogs at the border at Calais, shocked me. The tune’s rhythm to reflect the footsteps of the many migrants who trudged across Europe in the hope of reaching the UK only to be thwarted by these fortifications.

This is my tribute to one of my favourite dance bands, Naragonia (Toon and Pascale). I was delighted to collaborate with them on this album.

In the Adelaide Hills

I met the wonderful cellist and composer Allye Sinclair at a session during the 2018 Australia National Folk Festival. Allye lives just outside Adelaide and has many acres of woodland and is committed to the conservation of wild animals and nature. This tune is dedicated to her.

Industry was the theme at another Halsway Manor Summer School and I chose Farming and wrote this tune for the ensemble session. Cuckoo Lamb is a lamb born in Spring and is an old Hertfordshire expression.

This dark tune was inspired by a dinner invitation in my home village of Keevil.

A tune written for my accordion workshops at Cecil Sharp House. The title is an anagram of a British politician, the Brexit Secretary who was famously unaware of the importance of the Dover-Calais crossing. All the guest musicians were invited to record this track and Ed had the job of mixing this which became his passion during lockdown and he even joined in on drums on this track.

Paul says  “I might not have survived Lockdown had it not been for this recording project…and my dogs. Here are Lil, Humph and Alfie in action!”