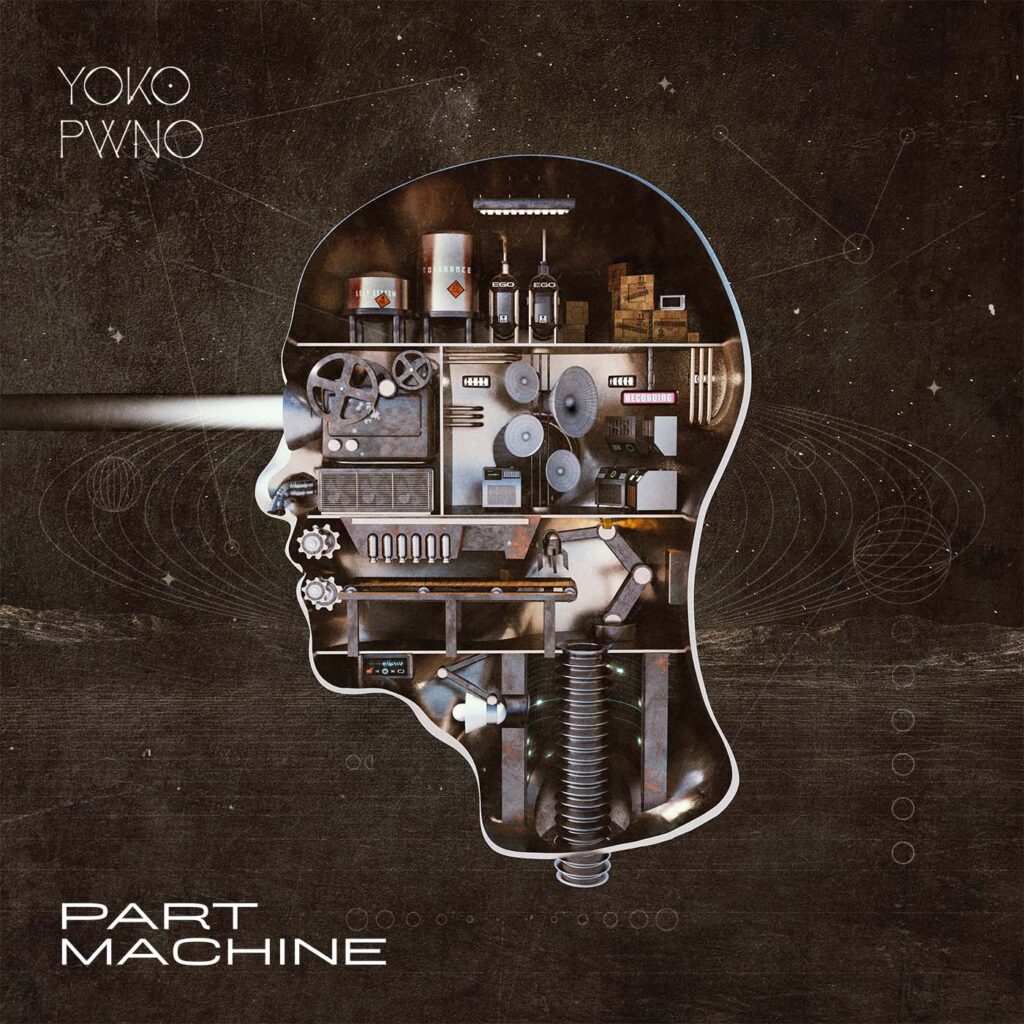 It’s been noted before in these pages that Scottish acts appear far more proactive and successful than any other part of Britain at the moment in marrying traditional music to modern intentions creating a truly progressive fusion with folk hues and endemic character. Just cop a sample of Duncan Lyall or Barry Reid; now here come Yoko Pwno, who after just one album are making adventurous, cavalier, genuinely thrilling music, happily letting their roots show and on ‘Part Machine,’ move matters even further beyond acknowledged boundaries. You could say, this one has everything but the kitchen sink, though such would imply a certain casual, laconic attitude on behalf of the band which couldn’t be further from the truth. What we’ve got here is a disc which fizzes, bubbles, explodes and generally bursts with more energy than a well shaken bottle of champagne, there are hints of ceilidh and club dance floors throughout as well as atonal jazz!

Yoko Pwno claim they’re a folktronic group and maybe that once applied, but with this second effort, the folk is noticeably less – still there though – and the electronic louder and more inclined to those used to raves and remixes, though you just might catch more than a few off the wall Floydian moments as well as hints of dub.  What’s even more amazing is that this is the debut of a new line up with a couple of fresh faces who appear to have been assimilated by the collective in swift order and everyone’s on board with the mission statement. ‘Part Machine’ is an album with only a couple of wobbly moments which pass quickly and never spoil the overall result. Take the opening slice ‘Tourmalet,’ it bounces along on banjo/fiddle/flute riff and gurgling electric samples before echoes and Celtic vocals take matters into another sphere. ‘Quorn Star,’ – note the double entendre – follows a mix of beats, intense sampling and lithe fiddle lines, swelling to fuller extemporisation, ‘Horace’s’ runs close by a hyperactive piece with drop beats and jigging set to frantic. ‘The Black Cat,’ marks them at their most adventurous with the participation of Acolyte, Pwno really dig deep into the reggae/rap/trad/free jazz/dance hinterland on a piece written by committee which really shows the skill of the band who with producer Iain Copeland (ex Peatbog Faeries) sculpt a track which takes in a whole wagon full of perspectives in a few short minutes.

For the braver listener and those who appreciate attempts at revolution when placed under their noses. Yoko Pwno are trippy and pleasingly eclectic… more power to them.