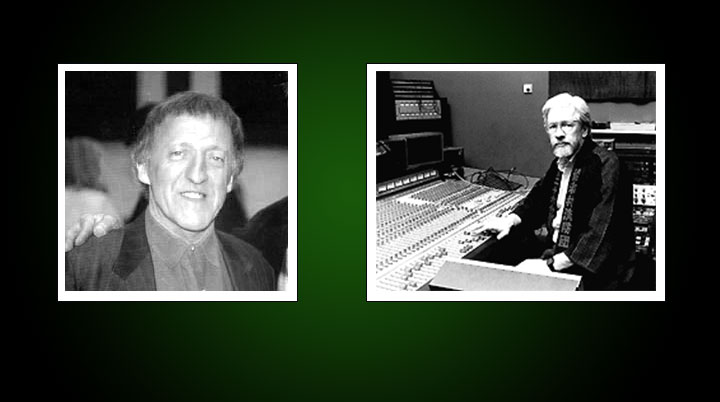 The death of two giants of traditional music means that the folk world loses a pair of tireless individuals who gave their time to restore and take the music they loved out from the clubs to a wider audience. Spiral Earth notes their passing.

Paddy Maloney was the Irish piper and whistle player who fronted the Chieftans through their decades long career. Whilst he was a product of the conservative Irish folk scene neither he nor his band were ever bound to it, rather the ever playful Maloney mixed his roots with musicians from all genres taking trad where it had never gone before or feared to tread. A quick scan of those he worked with would include, Roger Daltry, James Galway, Mick Jagger, Paul McCartney, Luciano Pavarroti, Nanci Griffith, Van Morrison, Willie Nelson, Chet Atkins, Emmylou Harris, Bon Iver, Paulo Nutini, The Decemberists,   and even Roger Waters to play ‘The Wall.’ Quite some list!

Yet that name, The Chieftans was arguably more famous than any of its members, they were one of the first western groups of any sort to play in China, even releasing an album of their tour. Adapting Irish music to differing scenarios meant that they grew to a level of acceptance few could match. They were President Biden’s favourite act, quoted as saying he wanted to sing along with their version of ‘Shenandoah.’ The band won several Grammys not only for folk but pop, country and Latin musical adventures, they truly knew no boundaries and much of that was down to the guy who with a twinkle in his eye and a laugh would transport you from your seat to the green hills and mountains of Ireland with a few notes of dancing melody. The band were part way through their farewell tour when Covid meant they had to cancel several shows, with Maloney’s death it’s not known what their next move will be, but undoubtedly some kind of tribute will follow. In so many ways Paddy Maloney was the Chieftans, his achievements may never be matched. He was a man you don’t meet every day.

Robin Morton founded the Scots/Irish Boys Of The Lough who he also managed through a series of perplexing changes in membership and guided to great success as main stays of the 1970s folk scene. Among those who joined were Dick Gaughan, Aly Bain, Mike Whellans, and Cathal McConnell, amongst their highlights a rousing show at the Cambridge Folk festival and the fact that they stayed true to their roots, always celebrating and never diluting their music. Recordings followed for the Trailer and Transatlantic labels but in 1978 Robin left with an idea about opening his own studio. He began Temple Records and was immediately seemingly inundated with artists recording landmark albums under his guidance, chiefly Dick Gaughan with ‘Handful Of Earth,’ rightly regarded as a turning point for his career and a Scottish touchstone. Temple also recorded albums for other companies notably traditional staple Topic as well as pushing the agenda for Gaelic music through artists like Christine Primrose.

Morton however became known for managing and steering The Battlefield Band and was their producer for all their recordings. Like the Boys Of the Lough before them, Battlefield were plagued by changes in line up but never in quality and that was often down to Robin’s careful management. Originally a teacher he went on to shape recording in Scotland and oversee the development of the Edinburgh Folk Festival. It was only fitting then that though he was born in Ulster he will be remembered for his contributions to the music of Scotland, so long his home.