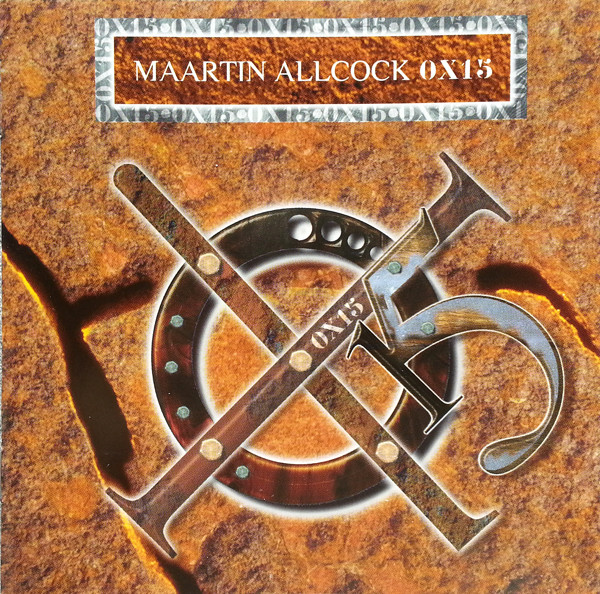 A postcode in case you were wondering, that once of Maartin Allcock who sadly passed a couple of years ago. At the time of recording he was happily grounded in the wider circle of Fairport Convention, his membership having been relinquished in 1996. ‘OX15’ is his celebration of that environment /experiences and was originally issued by A New Day Records in 1999. Now it’s wisely been given reissue by those splendid chaps at Talking Elephant sure in the knowledge that ‘OX15’ deserves better than to languish on a shelf in someone’s vaults.

Maart- I forget when exactly he added the extra a – was a man of wider experience than you might think, yes, he’d bags of involvement with folk especially from his native Manchester and years in Bully Wee, but he’d also seen service with Jethro Tull and The Mission so could rock with the best of them given half a chance, on electric guitar or keyboards. Those favourite instruments alongside sequencers, bass, bouzouki and percussion dominate an album which freely ranges over genres and influences in order to bring a varied palette including of course the expected trad, self -compositions, The Allman Brothers, Kieran Halpin and Alan Taylor.

Dipping into Eastern European sources yer man adapts Balkan and Macdonian as well as Irish tunes whilst venturing even further on a co-write with Najam Akhtar which reflects Indian atmospheres. Of course there is familiar history at work, none more so than the presence of the man who’d replaced him in Fairport, Chris Leslie and his fiddle prove an adept partner for many of Allcock’s ideas. Other names in the studio include Convention/Tull drummer Gerry Conway, Tull’s Clive Bunker, Ian Anderson, Simon Mayor and piper Troy Donockley: a happy crew all round.

It’s a rocking set of roots which put a smile on my face twenty odd years ago and still does. Somehow I know Maartin Allcock would approve of that.