Today, the Official Charts Company in partnership with English Folk Expo reveal the Top 40 best-selling and most streamed folk albums released in the September reporting period.  The chart is first announced to the public at 7pm BST on Tuesday 5 October as part of the  Official Folk Albums Chart Show  presented by Folk on Foot via their YouTube channel and podcast feed.

Seven new releases have entered the Top 40 chart – all of which are brand new recordings –  in a month that sees a particular focus on collaborations and duos.

Hitting the ground at No.3 is Fallow Ground (Hudson) by one of the genres best loved duos, Spiers & Boden.  Having spent time as founding members of the pioneering folk big band Bellowhead and exploring solo projects, fiddler and vocalist  Jon Boden and accordionist John Spiers are back with their first release in 13 years. The collection of songs – mostly traditional with two self-penned tracks – were recorded during lockdown when the duo sought out songs with a sense of fun and light relief. Most songs are joyous instrumentals with rambunctious melodies combining morris tunes, jigs and waltzes with traditional works given contemporary new arrangements. The album is classic Spiers & Boden; rousing, energetic and lively. 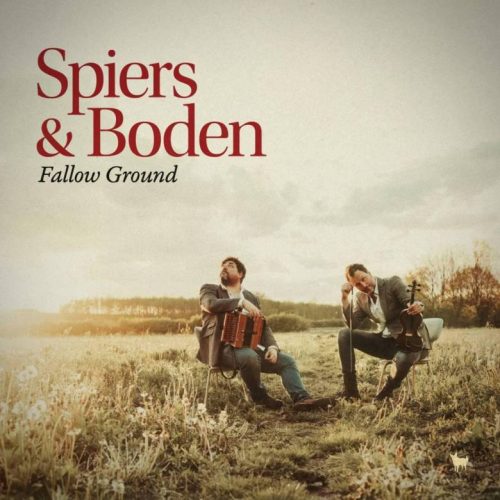 ‘Ghosts Of Rock N Roll’ (Vinyl Star) is the fifth solo release from folk-rebel-rockers The Men They Couldn’t Hang frontman, Phil Odgers. Landing straight in at No 5., the album began life as a collection of ukulele-led demos before hitting a catalogue of challenges that include financing, the pandemic, then the loss of fellow TMTCH frontman, Stefan Cush. A combination of folky pop and melancholic twang, the album bursts with melody and sharp, lyrical songwriting.  It’s ethos of survival, memory and experience creates a testament to a life spent sailing the sometimes-treacherous waters of Rock and Roll. 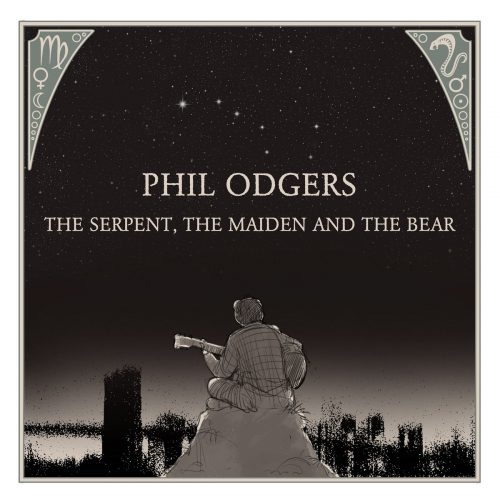 In at No.9 is Heavy Elevator (Post Electric), the new recording from Edinburgh musician, Hamish Hawk. A cornucopia of styles from guitar driven rock to chamber pop, the album is a poetic and literary masterpiece.  It sees Hawk creating musical pen-portraits and modern urban fairy tales as vivid in lyric as they are in melody. That Hawk takes inspiration from the likes of Leonard Cohen, Morrissey, Jarvis Cocker and Randy Newman is evident in a collection of songs packed with characters, incident, geographical and artistic references, sung with Hawk’s distinctly rich voice. A compelling album of immense creativity and charisma. 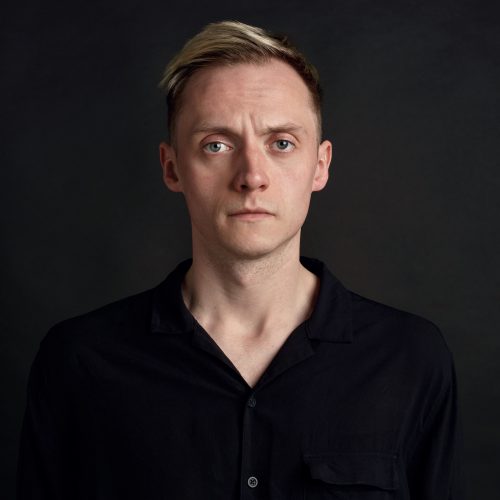 Breaking into the Top 20 at No.19 is The Wishing Tree (Pure), the new recording from UK folk heavyweights, Sam Kelly & The Lost Boys.  Leader, songwriter, multi-instrumentalist and producer Sam Kelly is renowned for his carefully crafted, pop-driven folk music and the band have been an explosive force on the scene since 2016.  This new album sees the band taking a giant step forward. Whereas the last album was made up of mainly traditional songs, this one is mostly original material. In addition, their uplifting, heartfelt, soaring numbers are augmented with an ever-bigger array of instruments – banjo, bouzouki, harmonium, mandolin, bodhran, cittern, flutes, whistles and fiddle combine with guitars, bass cello and of course, Sam’s gently haunting voice. Superbly written songs born out of the struggles of the past year carry messages of hope, love and the joy in small things. 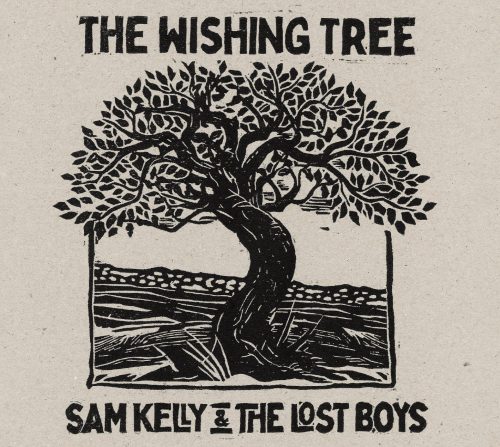 Award-winning, double-platinum selling singer-songwriter Mick Flannery is one of Ireland’s most celebrated artists, while singer-songwriter and multi-instrumentalist Susan O’Neill is a relative newcomer and one of Ireland’s best kept secrets.  In one of September’s exceptional musical collaborations, the two come together to release In The Game (Rosa), a spectacular recording about love and loss that enters the chart at No.28. The collection of songs charts the peaks and troughs of an unravelling fictional relationship.  Drenched in seduction and sorrow, desire and despair, the songs are delivered simply yet poignantly and speak of universal truths. Susan’s voice is equal parts balm and blowtorch, the perfect ally to Flannery’s raw, weary voice and a perfect setting for an album of beautifully crafted yet brittle love songs. 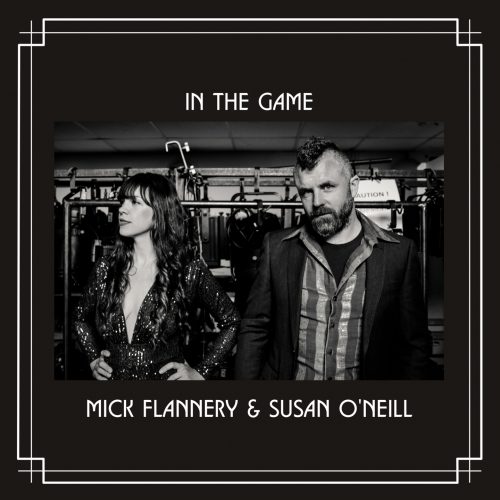 Widely acknowledged as a world class guitarist, Ben Walker has over 50 production credits and six critically acclaimed albums to his name, while singer-pianist, Kirsty Merryn made waves with her  remarkable debut in 2017.  This month’s second collaboration sees them coming together as folk stalwart and rising star breathing new life into traditional material, something they have in common.  Life And The Land (Folkroom), in at No.31 is a magnificent collection of five traditional songs that celebrate our connection to the land and the cycle of nature.  Tracks take us through the  year’s cycle of death and rebirth, with scarecrows, ploughboys, shepherdesses and the birds of the field telling their tales. A stunning album of impressive arrangements, beguiling vocals, delicate piano and exceptional musicianship. 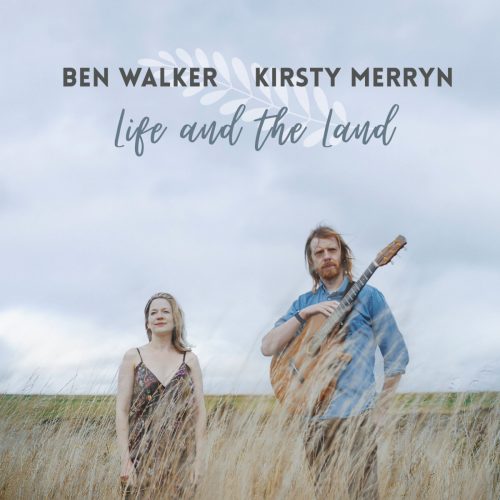 The Lost Trades are a trio of Wiltshire based singer songwriters, Jamie R Hawkins, Phil Cooper and Tamsin Quin who release their debut album, The Bird The Book & The Barrel (The Lost Trades) nudging into the Top 40 at No.40.  The album delivers a collection of modern folk instrumentation with lush three-part harmonies giving it a distinct Laurel Canyon feel, but with a leaning towards the British Folk Revival too underscored with a guest performance from former Steeleye Span violinist, Peter Knight 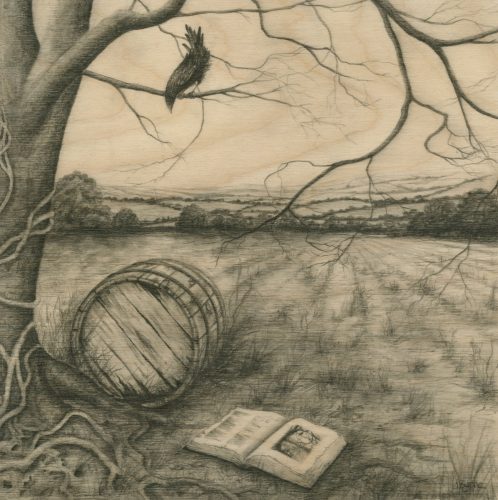 The Official Folk Albums Chart Show – presented by Folk on Foot host Matthew Bannister this month features a special backstage performance by Spiers and Boden, Jamie Webster playing dockside in Liverpool, an interview with Sam Kelly about his latest album with the Lost Boys and music from Phil Odgers and Ben Walker and Kirsty Merryn.

The show launches on the Folk on Foot YouTube Channel and podcast at 1900 BST on Tuesday October 5th.