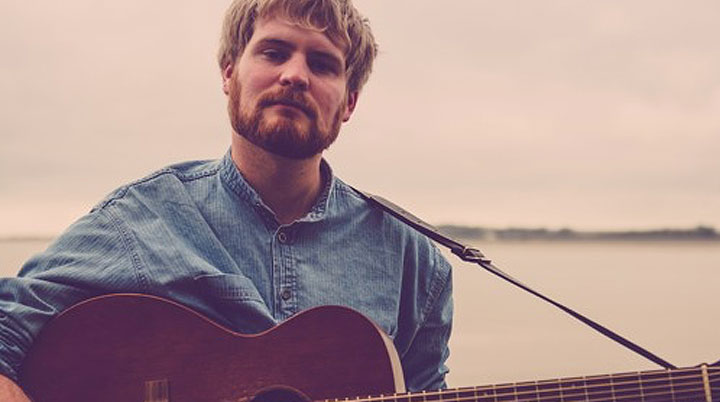 There is often a Welsh gap on the folk scene amongst the myriad Irish, Scottish and English bands so I confess that when it comes to Welsh trad, my sole knowledge comes from beautiful songs by a few wonderful floor singers I’ve chanced upon on my travels.

I was really interested therefore in ‘O Groth y Ddear’ and in Gwilym Bowen Jones himself. Bowen Jones is frontman for Welsh rock band Y Bandana. Alongside his two sisters, he’s also part of psychedelic folk trio Plu. This is his debut traditional album and it’s seriously excellent.

‘O Groth y Dddear’ means ‘from the Earth’s womb’ and the respect and sensitivity with which he treats his material is evident in everything he does. He pays tribute to his Arfon home with the traditional sound of ‘Cwch Dafydd ‘Rabar’ and ‘Canu’n Iach I Arfon’. He re-tells old stories of people and places in ‘Owain Lawgoch’ (a ferocious freedom fighter from the 14th century), and ‘Lllanerch-y-Medd’ (a 5th/6th century chieftain). He draws on his own family history in indie-folk sounding ‘Ben Rhys’, the tale of a coal mining explosion in 1856 which killed his great, great, great grandfather. He showcases his own superior composition skills in tunes ‘Moel Rhiwen’ and ‘Cam Deiniolen’ as well as bringing to life old Welsh love songs such as ‘Y Gwydr Glas’ and ‘Bugail Hafod-y-Cwm’.

The musicianship on the album is exquisite (it was recorded entirely live to capture the energy of the musicians – it really does), but the star of the album is Bowen Rhys’s voice which is quite exceptional; beautiful and contemporary, expressive and warm. Every song on the album is faultlessly arranged and the contrast and diversity completely hooks you from start to finish. Bowen Rhys honours the tradition but in such a sophisticated, innovative way for his material to be entirely relevant.

A nigh-on perfect album. If this is what Welsh folk music is like, we need much, much more in our lives.