Northern Flyway – an audio-visual production exploring the ecology, folklore, symbolism and mythology of birds and birdsong. 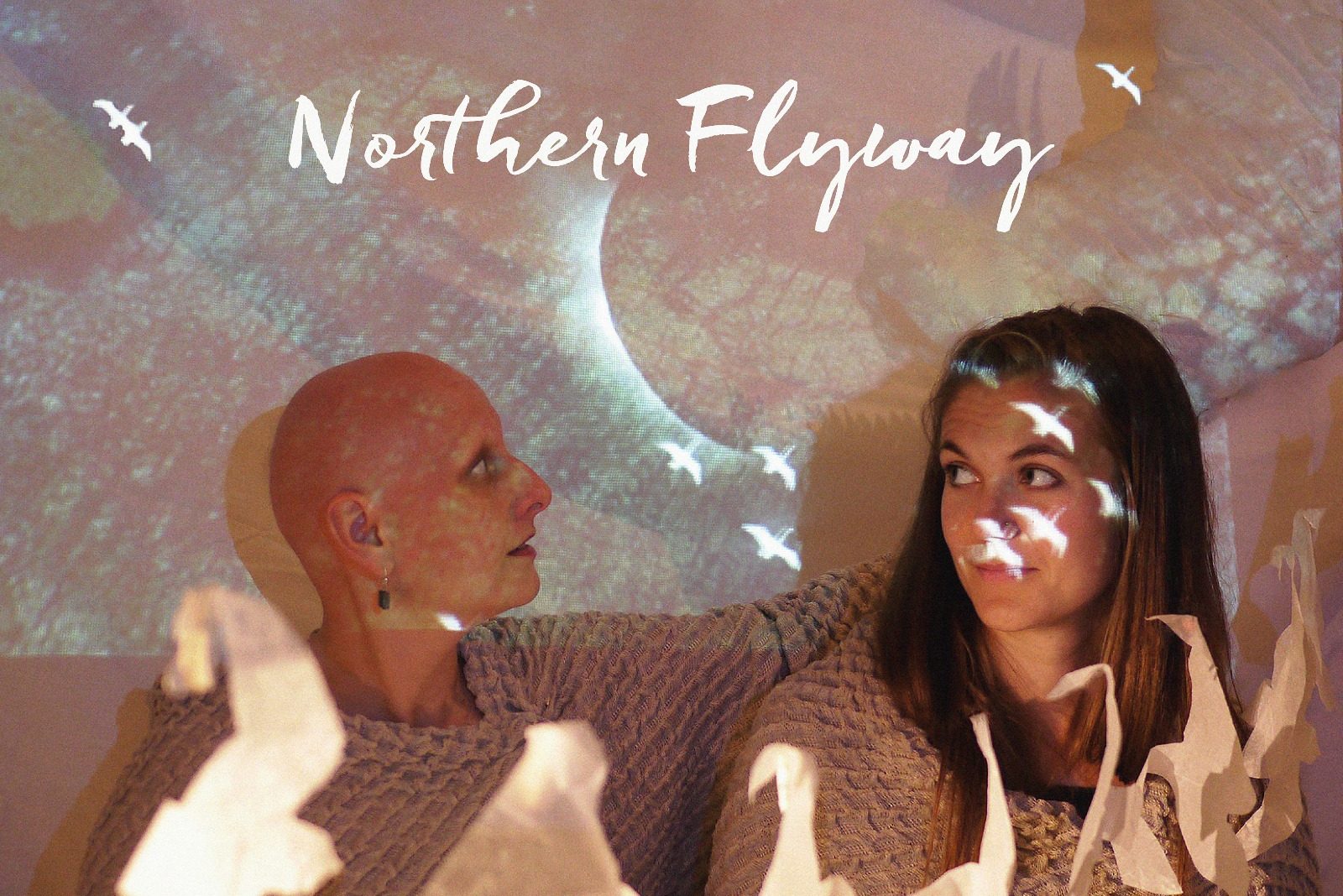 In 2017 Jenny Sturgeon (Salt House, Jenny Sturgeon Trio) and Inge Thomson (Karine Polwart Trio, Da Fishing Hands) wrote and created Northern Flyway – an audio-visual production exploring the ecology, folklore, symbolism and mythology of birds and birdsong. Northern Flyway premiered to a sold-out audience at The Barn (Banchory) in January 2018 and a CD of the songs was recorded at Mareel, Shetland, over four days in early February 2018.

“Humans have always looked to the birds. In mythology, they are carriers of souls, messengers to the gods, our familiars. In ecology, they are our measure, our meter, they mark the seasons…”

This project was made possible through support from Creative Scotland, PRS Foundation, The Scottish Ornithologists Club, The Barn, Northlink Ferries and LoganAir. 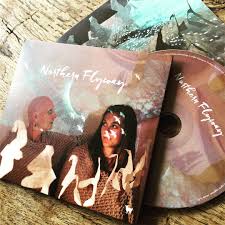 Flyway – A flyway is a route used by a large number of migratory birds moving from breeding to wintering areas, and back, each year.

Rosefinch – These cheeky wee beauties can vary in colour – ranging from a deep rosy blush, to a very pale buff colour.  This song is inspired by one that hung about the garden being very photogenic.

No barriers, No Borders – The freedom with which birds move has long been admired. Something which grows ever more significant as man-made barriers and borders continue to restrict human movement.

The Gannets – Inspired by the Gannet colony on St Kilda. The Northern Gannet is the largest member of the gannet family, Sulidae. These majestic birds are one of few seabird species to be thriving, while populations of other seabird are decreasing across the UK.

Curlew – Inspired by a pair of Curlews that nested behind Inge’s childhood home, written for her parents, Stewart and Triona of Quoy.

Their display flights are beautiful too.  Mythologically, they carry an unfair reputation, as witches familiars, souls of unbaptised children, betrayers of Christ, betrayers of the covenanters.

We are the morning – Inspired by observations of changes in species abundance across the seasons. Capturing our joy in hearing the dawn chorus.

The Eagle – Adapted from Alfred, Lord Tennyson’s poem ‘The Eagle (A Fragment)’. Tracking up the side of the mountain you hear rich and varied bird life. The bird calls in this song demonstrate vertical movement up the mountain – and of course, at the top is the iconic Golden Eagle. In Joe’s interview he perfectly captures the excitement of seeing birds of prey on the wing.

Loch Carron Flame – This song began life as an homage to the hardy white fronted geese, it ended as a lament to the lost flame shell colonies in Loch Carron.

Nomad – In the Autumn there is a ‘fall’ of migrating birds in the UK – the nomadic waxwings and redwings are always a delight to see and hear. They arrive in their hoards and strip trees of fruit, hungry for food which has failed in colder climes.Owls – This song is for those wise and curious creatures, the owls.

Huginn and Muninn – These were the name of Odin’s ravens and it is said that they flew round the world once every day collecting thoughts and memories. Corvids are incredibly intelligent and striking which, is perhaps why they feature so heavily in folklore and mythology. Jenny’s favourite bird is the raven.

For more information and the latest news, please visit www.facebook.com/northernflyway