No Smaller than the World – Broom Bezzums 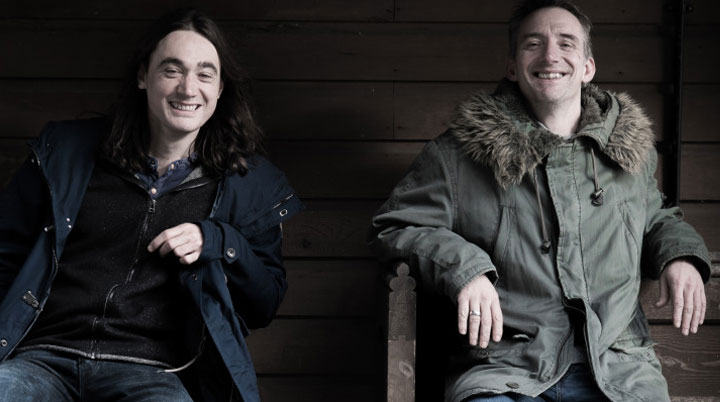 This album by Broom Bezzums, Germany’s most famous English Folk Band, is an absolute treat. Broom Bezzums are Andrew Cadie and Mark Bloomer, originally from Northumberland and the Black Country respectively, two time winners of the Folk category of the German Rock and Pop Prize, a fact about which I am not surprised. Their songwriting is so strong and the delivery so confident and masterful, comparisons to some of the best songwriters on the British folk scene are well deserved – if Show of Hands and Jez Lowe had a baby, this is how it would sound.

Cadie’s song ‘Cold Winds Blow’ and Mark Bloomer’s ‘Keep Hauling’ have the kind of anthemic and uplifting quality that gets a large number of us into folk music in the first place.  Guest musician Katie Doherty’s ‘Passing Through’ would be a fine song on its own but the power and sweetness of her voice take it to a whole new level. With traditional songs such as ‘High Germany’ and ‘Bonny at Morn’, the band again get it right with masterful and innovative renditions.

‘No Smaller than the World’ has the kind of energy and beauty that you really do associate with the very best. My advice is: buy this album. Then go directly to Germany and watch them perform live. That’s what I want to do right now.