Night Of A Thousand Candles 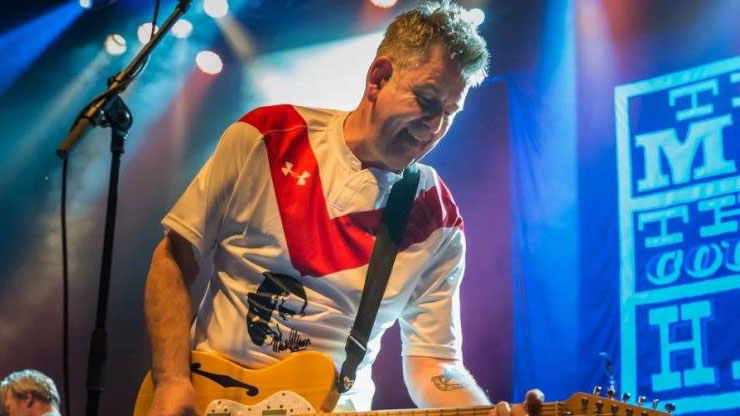 It is with sadness Spiral Earth notes the passing of Stefan Cush, vocalist and guitar player with folk punk pioneers The Men They Couldn’t Hang. He died from a heart attack on Feb 5th at the far too young age of 60. A message  on the band’s Facebook page spoke of his sudden departure and the devastation which all felt. He will no doubt be missed as he was such a central figure in the group who still are still active after briefly splitting in the early 90s. Since their reformation the Men lost none of their original fire and conviction, subsequent albums  just as edgy and committed as their early work.

Favourites of John Peel ‘The Green Field’s Of France,’ their first single in 1984, a cover version of Eric Bogle’s anti war folk song made them into alternative rock  heroes alongside The Pogues. In fact Cush had already been a roadie for the latter in their early days.

However TMTCH soon forged their own identity which included a strong under current of protest and social conscience when the country suffered under the radical policies of Margaret Thatcher. The Men always let you know where they stood through songs like ‘Scarlet Ribbons,’ ‘Iron Masters,’ and albums ‘ Night Of a Thousand Candles,’ and ‘ How Green Is The Valley.’  They became a voice for the distressed and forgotten as the 1980s became evermore divisive. Labels like Demon, Silvertone and Magnet were temporary homes, the band perhaps always destined to guide their own affairs, DIY came naturally to them.

Whilst being motivated and serious the band always had a sense of humour as evidenced by a further Peel backed cover of Hoyt Axton’s ‘Greenback Dollar,’ which took them to the upper reaches of the indie charts, a position they subsequently achieved time and time again.

During a sabbatical from TMTCH Cush launched his own group called, typically, The Feral Family in 2012 amid a flurry of extra curricular activity by various members. In 2019 as zealous as ever the Men were voted  Best Live Band by folking.com and curated a steadfast, expanding fan base as they were discovered by a new generation of devotees. The principles which Stefan Cush helped embed and celebrate still held strong and established  The Men They Couldn’t Hang as a crucial part of the  British musical jigsaw.  Cush was  their heart, a decent man in every way.